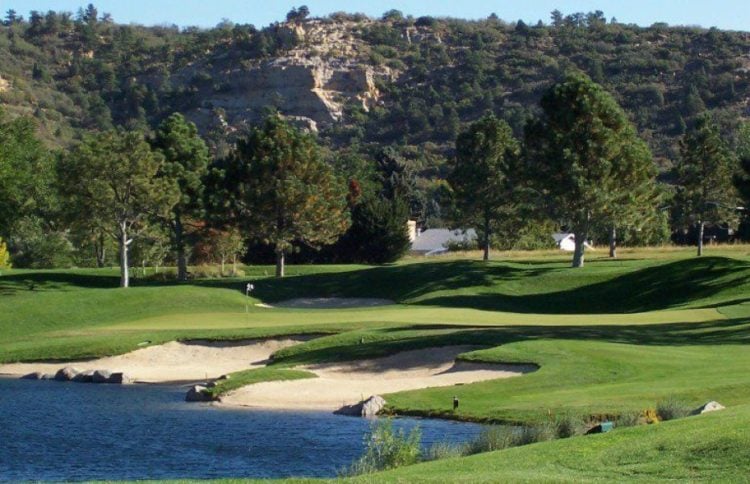 Just as one man’s freedom fighter is another man’s terrorist, so one man’s favorite district is another man’s least. That said, there are a few things that can be measured objectively: school quality, median household income, crime rate, number of green areas, and shopping and leisure facilities can all help give an overall picture of an area that goes beyond mere opinion. Across the board, Colorado scores highly on all the usual criteria used to judge a state’s merit. Its economy is strong, its schools are excellent, its cost of living is (relatively) low. Couple that with some truly outstanding areas of natural beauty, and you’re looking at a state that makes for a very attractive proposition indeed. But which areas, in particular, are the best places to live in Colorado? Using the helpful data provided by Niche, The Street, HomeSnacks and other sources, we’ve found out:

The close-knit community of Platt Park, a small neighborhood of Denver with 5,722 residents, enjoys access to an excellent nightlife (which may explain the high proportion of young professionals in its population), a below-average crime rate, a median household income of $103,441, and an average home value of $487,316.

Despite enjoying easy proximity to Denver’s city center, residents of North Capitol Hill report the area to have a small town, friendly vibe enhanced by its numerous green spaces and parks. The vast majority of residents rent their homes (with the average cost of rent coming in at $1,218 per month, compared to the median home value of $257,668), and as a whole, the population is one of the most well educated in Denver, with 42% of residents holding a bachelor’s degree.

North Hill Park, a mid-sized, urban neighborhood of Denver, is well served with excellent amenities, an above-average school system, a highly educated population (21% of its 10351 population have earned a master’s degree or higher), a median household income of $101,281, and a median home value of $368,266. Despite proving an attractive area for young families (30% of residents have kids), the area misses out an a higher position on our list as a result of its less than stellar crime stats: although by no means an unsafe area to live, its reported crime figures show an annual incidence of 759.5 burglaries, 911.4 thefts, 265.8 motor vehicles thefts, 66.5 robberies, and 161.4 assaults.

The majority of Washington Park’s 7,400 residents are young professionals, which may explain the abundance of excellent shopping, leisure and recreational facilities to be found in the area. As well as being young and supremely well educated (39% of residents hold a bachelor’s degree, and a further 39% hold a master’s degree or higher), the district can boast some of the highest-paid professionals in Denver, with the average household bringing in an income of at least $127,594. Naturally, living in such a desirable location comes at a price: if you have plans to own a property in this exclusive district, you’ll need to lay down around $645,221.

Not to be confused with the small Scottish town of the same name, Inverness, Colorado, is in fact a small suburb of Denver that ranks as one of the city’s most desirable areas to live. Its small population of 1,808 is well served by the neighborhood’s excellent selection of eateries, coffee shops, parks, and libraries, while young families enjoy privileged access to a highly rated public education system. Unlike the majority of other entries to our list, most residents of Inverness rent rather than own their homes (79% compared to 21%), something which is perhaps understandable when you consider the average cost of a property in this highly exclusive neighborhood will set you back $502,900

If you want to enjoy easy proximity to the stunning Cherry Creek State Park, you’ll not find a better place to live than Cherry Creek. Its population of 12,310 enjoys some of the lowest crime rates of any suburb in Denver, first-class local amenities (including an excellent education system), a median household income of 97,883, and a median home price of $559,900.

If you’re looking for a safe, liberal, well serviced area to live in Denver, you’ll be hard pushed to find many places capable of delivering the goods quite so well as Chessman Park. Its 8,895 residents can enjoy a great beverage at one of the neighborhood’s many coffee shops, tuck into some world-class cuisine at one of its fine dining establishments, and enjoy access to one of the best school systems in the state.

Number 9 brings us Downtown. The downtown area of Denver serves as the city’s financial, commercial, and entertainment hub, making it a great place to live for anyone who’s willing to sacrifice the peace and quiet of the suburbs for the thrill of city living. With popular attractions such as the 16th Street pedestrian mall, Larimer Square, the up and coming Theatre District, and the vibrant Civic Center Park all within easy reach, Downtown has more than enough at its disposal to keep its 4,107 residents happy. On the downside, its crime stats are slightly higher than average, with 1333.7 burglaries reported annually (compared to the national average of 500), and 20128.4 thefts reported (compared to a national average of 2042.8).

Some quick facts about Country Club: it is not a country club, despite its highly suggestive name; it has a population of 3,170; it’s a neighborhood in Denver; its public school system is above average; its median home value is $942,310; 78% of residents own their own homes; the median rent is $1,331; it reported no violent crimes in 2018 but experienced 94.1 robberies; its median household income is $166,223; 45% of its residents have a Master’s degree or higher; it’s the 8th best place to live in Colorado.

In 7th position is the family-friendly suburb of Denver, Highlands Ranch. The suburban feel of the neighborhood attracts many young families into the area, as does its low crime rate, superb local amenities, and proximity to highly regarded local schools. The average median household income sits at $116,973 (well above the national average of $55,322), which is just as well given its astronomically high median home price of $407,200.

Eastbridge Ptarmigan Park is a small, friendly community of 2,263 residents in Aurora, Colorado. 88% of the neighborhood’s residents own their own homes (with the average home value coming in at $243,886), while 29% have a bachelor’s degree and 15% have a Masters. With its close proximity to some of the best schools in Colorado, Eastbridge Ptarmigan Park is understandably a highly desirable area for young families (29% of the population consists of families with young children), while its low crime rate, excellent amenities, and suburb number of green spaces make it as equally attractive to young professionals and seniors.

Superior by name, superior by nature… in at number five is this mid-sized suburb of Denver. Of the 12,879 residents that call Superior their home, 58% own their own homes (with the average median home value sitting at $491,100), 41% can claim a bachelor’s degree to their name (with 36% boasting a Master’s degree or higher), most have an household income of around $119,810, and all have access to some of the highest rating schools in Boulder County.

Wellshire, a small neighborhood in Denver with a population of 3,529, tends to attract a slightly older demographic than some of our other entries and has plenty to offer senior citizens by way of leisure and recreational facilities. Which isn’t to say it’s not an equally attractive proposition to the younger generation: with some of the best schools in Colorado on its doorstep, young families have been flocking to the area in the last few years (at least, those that can afford its average house price of $562,845 are), and now represent 34% of the population. As with most of our entries, the median household income of $130,279 sits well above the national average; fortunately, the area is well served with enough shops, restaurants, and leisure facilities for its residents to have somewhere to spend their large disposable incomes.

Family-friendly South Park Hill, a medium-sized suburb of Denver with a population of 9,491, comes in next. The multitude of upscale bars, restaurants, boutiques, and recreational facilities lends the area an urban feel, while its proximity to several high-ranking schools makes it as desirable with families as it is with young professionals. 39% of the population have at least a master’s degree, while the median household income comes in at just under twice the national average at $109,875. Its crime rate is slightly worse than our two highest-ranking places, but is still low enough to justify its ranking at number 3.

Pine Brook Hill may be tiny (its population sits at just 1,070) but it packs a lot into its 2.9 square miles. Educationally speaking, over 48% of its population can claim a master’s degree or higher, which may explain why the median household income is a whopping $234,091. Giving its size, living space is at a premium, allowing its lucky residents to demand $889,300 on average for home price. While industry in the area is limited, it lies close enough to larger areas to make for an easy commute… something most residents can easily justify by comparing the average incidence of crime in larger populaces to its own crime rate of 0%.

Small, safe and perfect for raising a family, Holly Hills comes in as the best place to live in Colorado. This small suburb of Denver may only have a population of 2979, but it certainly packs a punch when it comes to things like shopping and leisure facilities, recreational areas, green areas, and schools. Most residents own their own homes (a huge majority of 91%, in fact) which lends the area a level of prosperity and stability absent from areas dominated by rented residences. The median home value comes in well above the national average ($370,400 compared to an average of $184,700) while the average rental price is almost double the average ($1,750 versus the average of $949). With no violent or property crimes committed in the area in reported history, a median household income of $117,917, and a highly educated population (67% have a bachelor’s degree or higher), it’s easy to understand what makes Holly Hills Colorado’s best place to live in 2019.