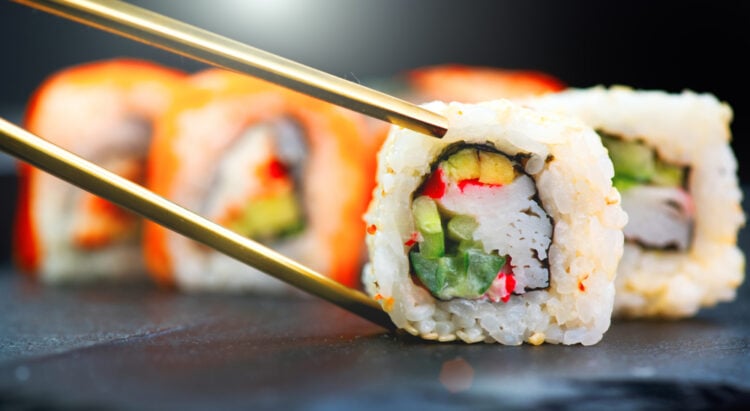 You can enjoy any type of dining experience you want when you eat out in San Diego due to the vast choice of eateries in the city. Regardless of whether you want to eat in a budget-friendly casual restaurant or a high-end fine-dining venue, you will find something to suit you. There are also options to suit all tastes when it comes to the cuisine on offer, as there are places to eat that serve dishes inspired by various locations across the globe. A popular option is sushi, so which are the best sushi restaurants in San Diego? Here are the 20 best sushi restaurants in San Diego in 2022.

Open for more than a decade, Harney Oceanside Sushi & Lounge is an established sushi restaurant with an excellent reputation. It is a lively restaurant on Mission Avenue that is known for serving sustainable sushi. It is a good value option that has daily happy hours. Also, there is live music a couple of times a week. There is another Harney Sushi & Lounge located in Old Town, which has late-night social hours.

If you have a limited budget to spend on a meal at a sushi joint, but you do not want to compromise on quality, Shiku Sushi Bar is one of the best options. It has a happy hour with special rolls, but it offers excellent value for money no matter when you visit. Many of the rolls on the menu are unique, and the chef has given them all fun names. There is much more than just sushi on the menu, with other options including soups, meat dishes, and noodles. They do not take bookings, so seating is on a first-come basis.

Diners have various options when eating at Blue Ocean Robata & Sushi Bar. Some people prefer the meat and vegetables cooked on the robata grill, while others opt for dishes from the sushi bar. There is also the option to order an omakase box, which includes a variety of specialty sushi rolls. Many regulars choose the sweet, savory, or filled buns to accompany their meal, along with a drink of sake.

The Joint does not necessarily sound like a Japanese restaurant, and that is because Japanese fare constitutes only half of the menu. Diners can order typical Asian delights such as sushi, specialty rolls, and sashimi, or they can order something from the non-Asian tapas menu. Due to the menu’s diversity, there is something to suit all tastes. The Joint also offers a takeout service.

One of Downtown San Diego’s best sushi restaurants is Bang Bang, which is on Market Street. Like many, the restaurant closed during the pandemic, and the owners announced that the closure was permanent. However, it has reopened under new management. The new owners have kept everything the same, including both the menu and the interior décor. There are the usual nigiri and sashimi you would expect to find in a Japanese restaurant, and there are also some interesting specialty rolls that are unique to this venue. Although reservations are recommended, the restaurant accepts walk-ins if they are not busy.

A fun place to eat sushi in San Diego that has a lively atmosphere is Mikami Bar & Revolving Sushi. It is a large venue where diners sit around a revolving sushi bar, helping themselves to whatever takes their fancy as it travels past the diners along the conveyor belt. More than 70 types of sushi are available from a menu devised by head chef Aiden KT Lee. It includes appetizers, side dishes, traditional sushi rolls, creative sushi options, and entrees. Diners can sit in booths and order sushi from a tablet, and some of the menu options include sushi, appetizers, fried rice, udon, ramen, and yakisoba. There is a large selection of beer from local breweries, and both national and international wines are available.

Sushi lovers in the Gas Lamp Quarter should dine at Lumi on Fifth Avenue. It is an upscale rooftop venue with a lively vibe, and world-renowned celebrity chef Akira Back leads the kitchen. The menu consists of innovative Japanese cuisine, including sushi, seafood plates, and meat dishes. There are also cocktails and sake available to accompany your meal. The restaurant’s design adds to the design experience, as it uses traditional Japanese design elements alongside contemporary architectural details.

13. The Yasai: One of the Best Sushi Takeouts in San Diego

Junya Yasai is an established and successful restaurateur with multiple restaurants in various locations., such as Little Italy and the Convoy District. These include a vegan sushi spot called Yasai by RakiRaki, Raki Raki Ramen, Matsuoka, and JCK. He has taken the best elements of each of these restaurants to influence The Yasai, which is his most recent concept restaurant. The Yasai is run by sushi chef Hajime Matsuoka, who uses traditional Japanese cooking techniques, and treats each vegetable differently to create a unique dining experience. There is the option to dine in the restaurant or to order takeout from this restaurant.

Thrillist lists Ikiru Sushi as one of the best places to get sushi takeout in Ikiru Sushi, which is in Liberty Station. Although there is a dining room at this restaurant, seating is limited, so it is better known as a takeout establishment. It is famous for its inventive rolls, which are fresh, colorful, and delicious. In addition to the regular menu, there are interesting specials that change regularly, so check out the specials board. Many diners order takeout sushi rolls from Ikiru Sushi and then sit and eat them in the sunshine at one of the outdoor tables along the promenade.

If you are in the Old Town area of San Diego, then you might like to try the food at Sushi Tadokoro, which is a Michelin-starred restaurant on San Diego Avenue. It is known for serving some of the best traditional Edo-mac-style sushi in San Diego, and it specializes in nigiri and sashimi. Some of the most popular options on the menu include the cod sperm and the monkfish liver, which are something different from what you will find on most sushi restaurants’ menus.

Hane Sushi differs from many other San Diego sushi restaurants as it serves some Japanese fusion cuisine alongside traditional Japanese dishes. If you prefer the traditional options, there is a good selection of nigiri sushi and sashimi. Those who prefer something different may prefer the fusion options, which include dishes such as the Pizza Roll and the Fish and Chips Roll. Hane Sushi is on Fifth Avenue in the Bankers Hill area of the city. And it is run by a Sushi Ota veteran.

Saiko Sushi is a well-established sushi joint on University Avenue in the North Park area of San Diego. It has a menu devised by executive chef and co-owner Anthony Pascale, and the dishes use locally sourced fish that are combined with housemade ingredients. The restaurant is also known for its outstanding sake program. There is a second Saiko Sushi location in Coronado if you are closer to that venue.

Kokoro is a Japanese restaurant that many tourists miss as it is off the beaten track, but it is a popular option amongst the locals who know the best places to eat in the city. Head to Greyling Drive to dine at this restaurant specializing in Japanese Kappo cuisine made using a variety of fresh fish and seafood. The restaurant has a minimalist look with white walls and a light wood bar and tables.

Sushi master Soichi Kadoya is at the helm of SOICHI, which is a Michelin-starred restaurant on Adams Avenue in San Diego. Despite the accolades, it is a family-run restaurant with a warm and inviting atmosphere. Kadoya creates customized and omakase menus that include seasonal appetizers alongside a selection of nigiri and sashimi. There is also a sushi bar, which some diners argue has the restaurant’s best seats. SOICHI is also known for its impressive selection of sake.

If you are in the Convoy area of San Diego, one of the top places to get sushi is Hidden Fish on Convoy Street. It is a 12-seat sushi bat that offers a 9- minute dining experience. Chef John Hung creates an 18-piece omakase menu with a seafood selection from Japan’s Toyosu Fish Market. There is also the option to order sushi and other Japanese dishes a la carte and to pair your meal with either sake or Japanese beer. Diners say both the vibe and the service at this restaurant are excellent.

Sushi Ota is a small sushi restaurant on a strip mall on Mission Bay Drive in San Diego that has been over for more than 25 years, and Four Square lists it as serving some of the best sushi in San Diego. It was originally run by Yukito Ota, one of San Diego’s best sushi makers. However, following his retirement, one of his head chefs took over running the restaurant. In addition to the sushi menu, there is the option to dine omakase-style, which is similar to a tasting menu and consists of the chef’s choice of dishes made using fresh and seasonal ingredients. You will find Sushi Ota on Mission May Drive, San Diego, CA.

Although it is one of the smaller sushi joints in San Diego, many people also rank Himitsu as one of the best. It has just eight seats at the sushi bar and some additional outdoor seating. The intimate restaurant is run by chef Mitsu Aihara, who previously worked for 16 years at the celebrated Sushi Ota. For most people, the menu’s highlight is the traditional sushi, although there is also an omakase menu and some trendy specials. You will find Himitsu on Torrey Pines Road.

Chef Kazuo Morito is one of San Diego’s sushi kings, as the Tokyo-trained chef has earned a reputation for delivering perfection. Although the restaurant offers fewer fish varieties than some of its competitors, it is because the focus is on using top-quality local produce. Therefore, the menu revolves around a daily fresh selection. One of the specialties on the menu is the delicate saltwater eel.

If you want a special night out and you are willing to pay a little more than the average price for sushi in San Diego, then head to Ken Sushi Workshop on El Camino Real. The menu features high-end ingredients, with example dishes including truffle and sea urchin topped tuna belly and Wagyu beef nigiri. It also serves visually perfect sushi rolls with wide varieties available. The restaurant is a sleek and compact space with bar seats.

1. Wrench and the Rodent: The Overall Best Sushi in San Diego

According to Eater San Diego, the best sushi restaurant in San Diego is Wrench and the Rodent. Although the restaurant’s name seems more appropriate for a British pub than somewhere serving Japanese cuisine, it is run by one of the city’s top sushi chefs, Davin Waite, who also runs several other restaurants in Oceanside. Waite combines fresh local seafood and creative sauces to create unusual flavor combinations, although he uses some traditional Japanese cooking methods. It is the ideal place to visit for those who love traditional Japanese food but want to try something different. 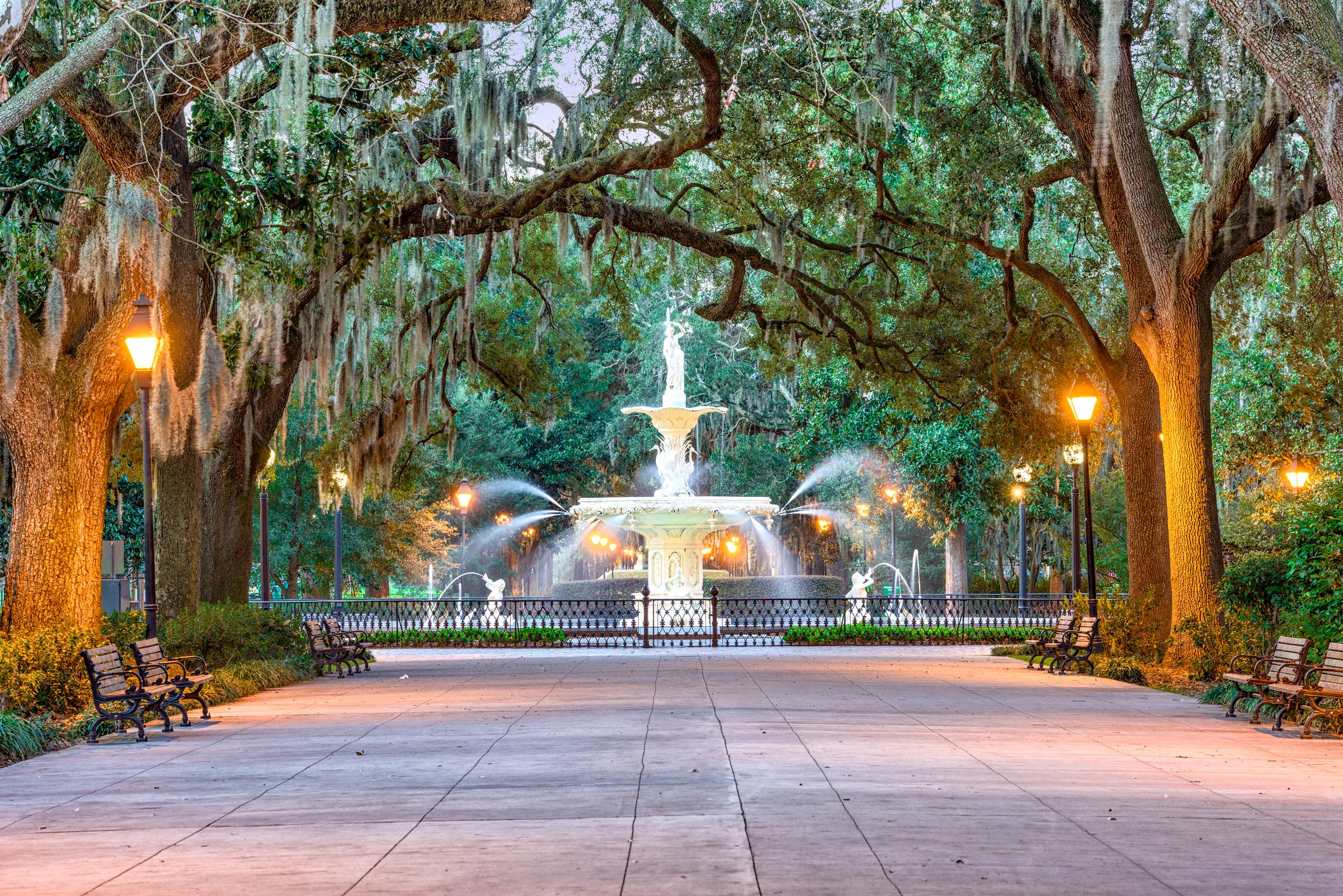 Its location along the coast of Georgia and by the Savannah… 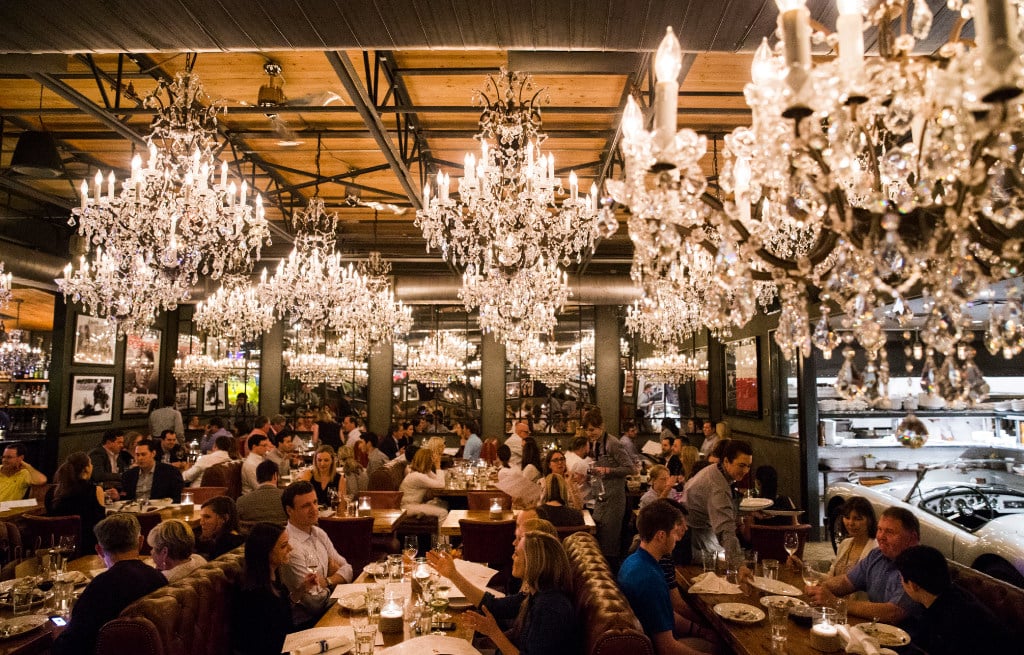 If you are visiting Dallas, Texas, then the local cuisine is… 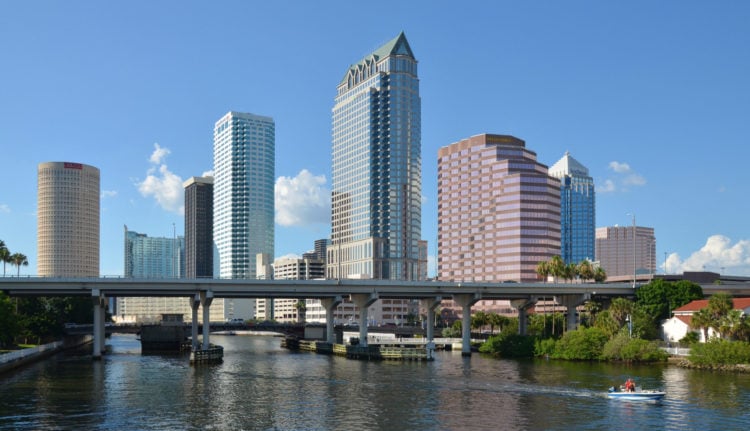 Most people love the idea of going to a great restaurant… 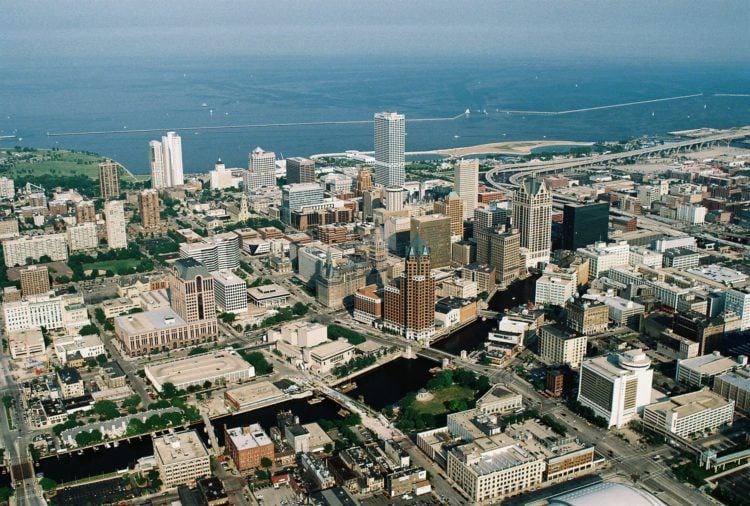 Almost everyone knows that the city of Milwaukee is known for… 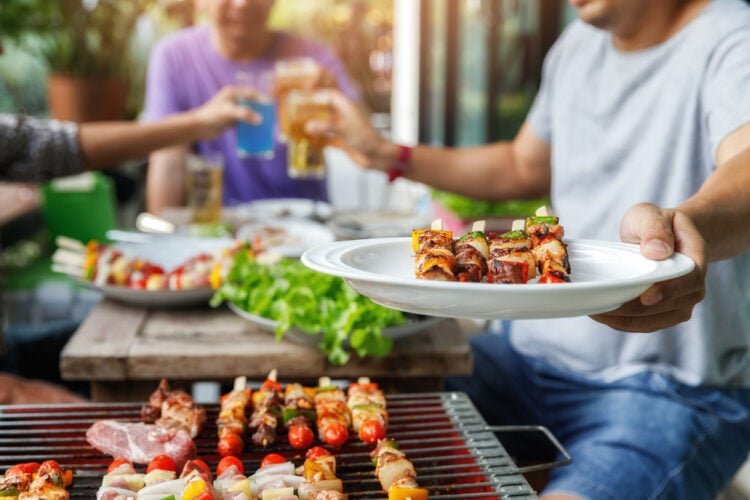