Among the coolest wearable technology is the spy camera. We can say this because the overt camera attempted by Google Glass didn’t go to well with people who love their privacy. But spy cams can be used for fun or for serious espionage. Of course, the spy cam technology that we will be talking about won’t be of the cloak and dagger type, which generally is far more expensive and sophisticated. Still, we made sure that the best of the best was selected, including a variety of price ranges so that no matter what your budget is, there is something you will find useful in the list. 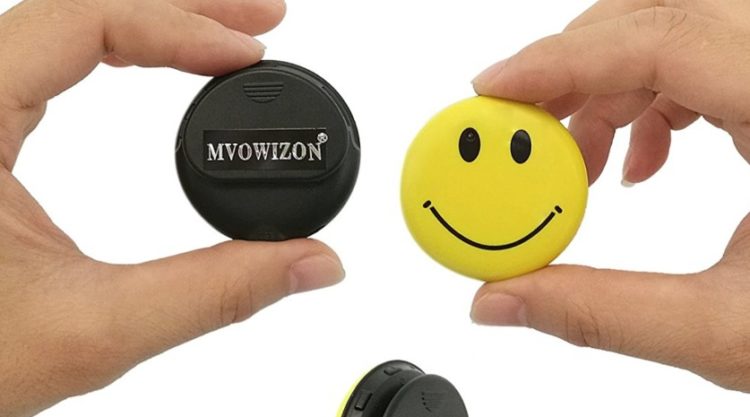 We start with a camera that hides behind the ubiquitous smiley face. Once a rare sight in public, the smiley face is seen so often now that most people simply ignore it. Ask yourself when the last time you got a text message with a smiley face at the end. Point made. So this wearable camera that also happens to be a spy camera (if you choose) looks like a huge smiley face pin. Its camera records at a decent 720p resolution and weighs a lightweight 16 grams. Your video is recorded on a micro SD card with a 16 Gb capacity. You get about 90 minutes of recording time before the battery fades out, but it recharges in about 2 hours, which is doable for most situations. With this choice we are literally talking about wearable – as in a pair of polarized glasses. Like in the movie, Mission: Impossible, the camera is on the bridge of the frame, giving you the direct, personal point of view on everything you record. They are a bit obvious indoors, but if those around you are unaware or simply think you’re being a jerk, whatever works. One problem you might have if attempting spy videos is that the blinking light on the camera continues blinking when recording. The resolution is 1080p HD, so you’re getting some very high quality recordings. It recharges by using a USB port, and a single charge should last you about 2 hours.

At least one watch had to be included on this list, and fortunately it is also one of the best you can buy. It looks like an expensive watch (as it should) but the problem with any spy cam watch is actually finding a way to use it discreetly. The Eyeclub brand is simple to operate – only 2 buttons needed for operation. The lens is at the 6 o’clock position, and is well-hidden in the design of the camera that records in 1080p resolution. It recharges via a USB port on the side of the watch and comes with an integrated, 8 Gb SD card. We recommend using it in situations where the other person is least expecting it and is sitting on the same side as you are wearing the watch. This gem of a spy camera comes with a lanyard and also allows you to livestream your recording, making it a shaky and solid choice for those looking for something more out of the ordinary. You can hang it around your neck or clip it on to your clothing. Some say the strange look of the FrontRow camera will get you some strange looks, but if you’re already strange then nobody will notice. It can record at 1080p for about 4 hours or 4K for about 2 hours. The battery charges fast, so you can get back spying quickly. Many people think this is not only a great idea but also a bargain for the available features, even though it is the highest priced camera on this list. This completes the accessories package for the list. If you are looking for a stylish necktie to spy with, this might not be your first choice, but it is low key enough to avoid detection. It is able to store up to 10 hours of recording on an onboard 16 GB memory card. The resolution is a reasonable 720 x 480, satisfactory for most spying purposes.

So we have you accessorized with a watch, a pair of sunglasses, a necktie, a smiley face button, and a lanyard/clip-on combination option. There are some quality snap-on spy cams, but they seemed too conspicuous for our purposes. We caution you not to wear all of the items on this list at the same time because you really would look obvious as a spy cam user.