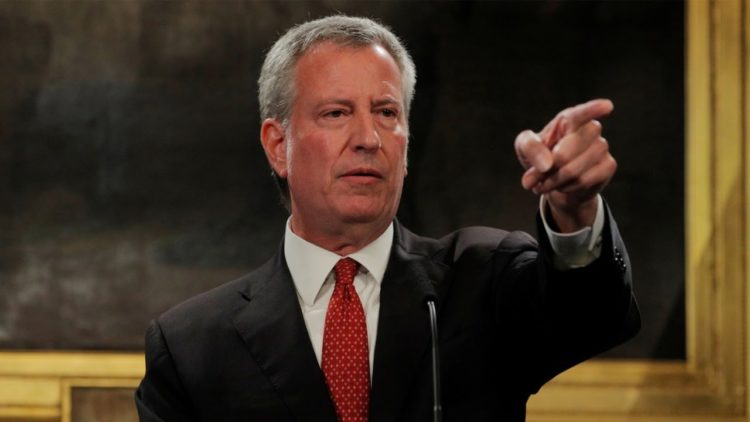 Bill de Blasio is a political figure who has been prominently featured in the news recently with criticisms of the federal government’s handling of the Coronavirus pandemic in the United States. He is the 109th Mayor of the City of New York, assuming office after previous Mayor Michael Bloomberg. Here are 10 things that you may not know about Bill de Blasio that we found interesting.

The Mayor of New York was born in Manhattan, New York City. He is a native of the metropolis that he now leads. His birthdate is May 8, 1961. The name that his parents gave him, however, wasn’t Bill, or William either. His given name was Warren Wilhelm, Jr. and he shortened his middle name to Bill, which is what he prefers to be called both formally and informally. Bill was born in Manhattan, but he grew up in nearby Cambridge, Massachusetts.

2. He has an advanced education

Bill de Blasio is an intelligent man and he is well educated. He enrolled in college after graduating from high school. He didn’t have to go far from the area that he grew up in for school. He attended New York University, where he earned his Bachelor of Arts degree. He then continued his education to earn an advanced degree, graduating from Columbia University with an MIA degree.

3. Bill has served in political offices for 17 years

Bill de Blasio’s first job as an elected official was in 2009. He was elected to the New York City Council in 2009, in the representation of Brooklyn’s 39th district and he served in the position until 2009. Prior to that, he spent a brief period of time as a campaign manager aiding Hillary Clinton and Charles Rangel. After leaving the post of City Councilman, he became a public advocate. In 2013, he ran for the open position of Mayor for the City of New York and was elected. He ran again and was re-elected in 2017.

4. He made a failed bid for the presidency

Bill de Blasio threw his hat into the ring early in the upcoming elections for President of the United States. He gave it a shot but when the poll results from the Democratic primaries showed that his numbers were low, he was disqualified from advancing to the third round of the primary debates. He made the official announcement that his campaign was suspended in September of 2019. Bill didn’t say who he planned to endorse for the democratic candidate until several months later, naming Bernie Sanders as his preferred candidate.

5. He has been proactive in leading New York City

As the Mayor of New York City, Bill has considered some of the Big Apple’s larger social and economic issues. He has made some major changes in an attempt to solve some of the problems through the institution of aggressive new policies. He lowered prosecutions for possession of marijuana, implemented the use of police body cameras along with de-escalation training for the officers of the city, and also instituted measures for fairer treatment of New York’s Muslim residents which included a suspension of the surveillance program instituted after 9-11. He has also enacted policies to enhance the economy of the city with progressive and liberal causes with regard to education, urban planning and privatization.

Bill de Blasio is married to his wife Chirlane McCray. The couple exchanged their vows in 1994 and have remained together since that time. They have two children together, Dante, and Chiara. Bill understands the needs of parents and children when it comes to getting a quality education because he also is a parent. This gives him insight into some of the unique challenges that are faced by families who are trying to find affordable housing , pay taxes, feed their families, and ensure that every child receives a good education. These are measures that he is passionate about as a husband, provider, and father.

7. He is working hard to keep his promises

As the Mayor of New York City, Bill de Blasio made promises to the residents of the city. He swore to do his best to reduce crime, and make the local neighborhoods safer for the inhabitants. He also pledged to make housing more affordable and to create more good-paying jobs for the residents of New York. He has made remarkable progress in delivering on those promises and he is working towards the goal of increasing affordable housing by creating 100,000 jobs that pay a fair wage and increasing available affordable housing by 100,000 apartments.

Although he is doing very well politically and financially, Bill de Blasio hasn’t had a fairytale or even an easy life. He knows what it is to suffer and to have problems at home. From the time that he was young, there were problems in his own family. His mom, Maria worked as a public relations manager. His dad, Warren was a veteran of World War II. He had lost a leg in battle, which led to some of the common issues that disabled American Veterans face. Bill’s dad turned to alcoholism, which made life difficult, but even worse, he ended up committing suicide.

9. He was fined for campaign violations

When Bill de Blasio was running for the office of Mayor, the New York City Campaign Finance Board scrutinized every aspect of his campaign. They found several instances where his campaign manager had accepted over-limit contributions, had taken contributions from committees that were not properly registered, and had failed to report some transactions that had taken place.The fine was $48,000 in 2016.

We learned that there was an increase in annual pay that was scheduled for de Blasio from the 2017 year to the 2018 year. It was more than $25,000, bringing his annual salary for the job from $225,000 to $258,750. He graciously declined the increase in pay and kept it at what it had been the previous year.