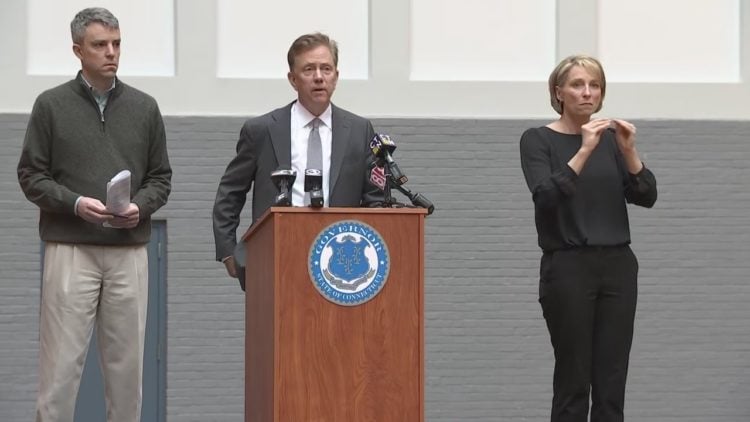 Connecticut governor Ned Lamont has come under much scrutiny recently. Given that Connecticut is front and center of the most recent COVID-19 pandemic, it’s not surprising that Lamont has been facing many unique challenges in the past several weeks. This includes more mainstream scrutiny as critics are more than ready to hop on any politician that makes a mistake. We thought that now may be a good time to look at some of the other qualities that Lamont has. Getting to know person is a big step towards restoring faith in the system during this troubling time.

1. He gets his middle name from a distant relative

Believe it or not, Lamont shares part of his heritage with colonial diarist Thomas Minor, who recorded history for multiple decades in the 1600s. It is this heritage is very important to Lamont, who was honored by being named after Minor. This instilled a great amount of pride for the history of the country and for his state. It only makes sense that he would transition from private to public life in his middle years. It’s all in the genes.

2. He started his career as a newspaper editor

Communication is an important part of the job as governor, so it is no surprise that Lamont cut his teeth in the journalist industry. He became the editor of the Black River Tribune in 1977 and worked to journalists to bring the latest stories to the people. Getting to the root of the issue is a skill that would come in handy in the following years. It has been impressive how Lamont has been able to wear so many hats during his time in public and private life.

The 2006 Senate race was a hotly contested event which saw many talented people put their talent’s forth. One of these participants was Joe Lieberman who had been a career politician with wide name recognition. In the primary part of the election cycle, Lamont was able to beat out Lieberman for the Democratic nomination. However, Lieberman decided to run as a third-party candidate instead and faced Lamont again in the general election. This time, voting across the entire state, Lieberman was able to come away victorious.

4. He graduated from Harvard and Yale

In case one was to ever doubt his academic credentials, Lamont has shown himself to be a crafty and smart businessman. He earned a sociology degree from Harvard in 1976 and then decided to take his talents to graduate school. He graduated from Yale in 1980 with an MBA and wanted to try his skills in both private and public settings. It was these early formative experiences that made all the difference when he would assume the governorship almost 30 years later.

5. He was born in Washington, DC

It almost seems like Lamont was born to be a politician. He was born in Washington, DC in 1954 and spent most of his youth on various places along the Eastern United States coast. It only makes sense that he would run in a quaint place like Connecticut. He has great experience with life on the East coast and is the perfect person to lead during a time of crisis. It is important to be connected with the people you are leading, and Lamont’s history shows that.

6. He created a videography business

Lamont has more talents than may meet the eye. In 1984 he started a company called Campus Televideo, which sought to bring new media to college campuses. He was later named chairman of a company called Lamont Digital Systems. It is clear that he has been a leader for a long time. This is not to mention up-to-date with the latest technological trends. This makes all the difference when his state is facing a crisis.

7. He has sky-high approval ratings during the crisis.

Many might think that Lamont would buckle under the stress of handling a pandemic, but it turns out that the opposite is true. In fact, a recent poll indicated that he had over an 80% approval rating among registered voters. It seems that people across the aisle are pleased with the way he is handling the increased workload. It is good that we can all rally around each other during this time.

8. He has a library named after him

Based on his personal and professional success, he is already having places named after him. This just goes to show that hard work and dedication can pay off. Lamont has been honored by having a library at Harvard named after him. This goes to show that you can create a legacy in a relatively short period of time. It’s a huge honor for someone who has served much of his life for the betterment of humanity.

9. He signed gun legislation into law

Given that Lamont is a Democrat, it’s not surprising that he wants more regulation on firearms. In 2019, he signed a gun control bill into law. The declaration is now known as Ethan’s law and presents new requirements for gun owners. It also outlaws ‘ghost guns’ and requires guns to be safely stored if a child is present in the home. He felt that this law was critical to protect people from gun violence.

10. He helped to raise the minimum Connecticut wage to $15

Given that an increase in minimum wage has been a popular Democratic talking point for the election cycle, it makes sense that Lamont pushed for a higher minimum wage. Detractors say that this makes it harder to hire people, but it seems that the Democrats felt that it would be more beneficial in the long run. It remains to be seen what will happen to many of the jobs that have been recently lost due to COVID-19, but we can all hope that Lamont will get Connecticut back to business soon.