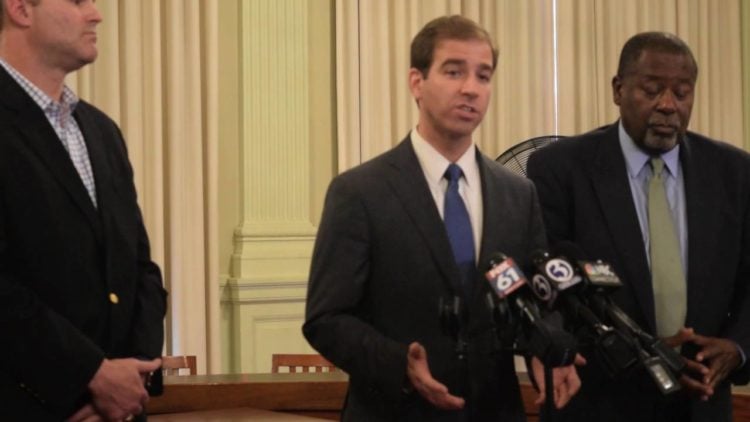 Luke Bronin is the current Mayor of Hartford. Said position isn’t the first time that he has been involved in politics, but said position is the first time that he has been elected into office. As a result, it will be interesting to see how Bronin’s political career will proceed in the times to come. Here are 10 things that you may or may not have known about Luke Bronin.

Bronin was born in Westchester County, NY. Said place is very well-connected with New York City, with the result that it has a very similar population density. Something that can be seen in how Westchester County can be considered the second most populous county on the New York mainland, having been beaten out by the Bronx. Perhaps unsurprisingly, Westchester County was one of the first suburbs of its scale to come into existence.

2. Was a Rhodes Scholar

At one point in time, Bronin was a Rhodes Scholar, so it should come as no surprise to learn that he spent some time studying at the University of Oxford’s Balliol College. For those who are unfamiliar, the Rhodes Scholarship was established by an English politician named Cecil Rhodes for the purpose of funding the studies of meritorious international students at the University of Oxford. On the whole, it can be considered pretty prestigious. However, it has run into a lot of controversies over the course of its existence, with an excellent example being how Cecil Rhodes was a colonialist with what we would call white supremacist views.

In any case, Bronin went to Yale University at both the undergraduate and the graduate level. As a result, he has not just a BA but also a JD from the school, which are on top of his MSc from Balliol College, Oxford. Unsurprisingly, Bronin went on to work as a lawyer in Hartford, CT.

Bronin became involved in politics as early as 2004. Said year was when he ran the re-election campaign of Andrew J. McDonald, who was serving as a Democratic member of the Connecticut State Senate. Nowadays, McDonald tends to be better-known for being the first member of the LGBT community to become a Connecticut Supreme Court Justice. Unfortunately, while he was also nominated for the position of Chief Justice of the Connecticut Supreme Court when the chance came up in late 2017 and early 2018, his nomination didn’t make it through because every single Republican state senator voted against him. Had McDonald’s nomination gone through, he would have made further history by being the first openly gay individual to become the Chief Justice of a State Supreme Court.

5. Has Served In the U.S. Military

There was a time when Bronin was a commissioned intelligence officer in the U.S. military. It is interesting to note that he was a member of the U.S. military’s anti-corruption task force sent to Afghanistan. Something that would’ve been very important because corruption is a serious hindrance to any kind of political initiative, thus making it that much more difficult to restore a measure of stability to a destablized region.

6. Served In the U.S. Department of the Treasury

Later, Bronin worked in the U.S. Department of the Treasury under the Obama administration. He started out as a Senior Adviser to Deputy Secretary of the U.S. Treasury Neal Wolin, who was once his boss earlier in his legal career. Later, Bronin was named to the position of Deputy Assistant Secretary of the Treasury for Terrorist Financing and Financial Crimes, with his previous experience presumably having played a very important role in him being entrusted with said responsibilities.

7. Considered a Run For Governor

When Bronin became the Mayor of Hartford, he made a pledge that he would serve out his term. However, it can be said that he broke said promise because he formed an exploratory committee for a potential run for the position of the Governor of Connecticut in 2018. However, said run never happened because Bronin failed to gain sufficient traction. Moreover, there was a complaint sent to the Connecticut Elections Enforcement Commission because he solicited campaign donations from public employees by using their government email accounts.

In spite of this, Bronin was re-elected to the position of Mayor of Hartford over a number of other candidates running for the same position in 2019. For example, there was the former mayor Eddie Perez who had resigned because of a conviction for corruption charges, who ran as an independent candidate because he had failed to secure the Democratic nomination. Likewise there was TV entrepreneur J. Stan McCauley, a Democrat who had been cross-endorsed by the local Republicans. Besides them, there were also a couple of other candidates Aaron Lewis and Giselle Jacobs, both of whom were Democrats as well.

9. Has a Self-Titled Album

Curiously, Bronin is a singer-songwriter with a self-titled album. It would be a serious exaggeration to say that he is a particularly prominent singer-songwriter. However, Bronin did manage to get one of his songs on Dawson’s Creek, which is at least somewhat notable.

10. Has Scaled Back City Services

Unsurprisingly, Hartford is one of the numerous cities that have scaled back city services for the purpose of stopping COVID-19. In his statement on the matter, Bronin mentioned that the changes were expected to stay for the “long haul.” This makes sense because the pandemic is expected to hit its peak in the state of Connecticut in late April and early May, meaning that the high infectiousness of COVID-19 ensures that it will remain a serious concern that must be addressed using serious measures for a long time to come. Of course, essential services are still being offered, but the changes range from requiring interested individuals to have appointments before heading in to making the overwhelming majority of services remote in nature, which make the prioritization of minimizing person-to-person contact very clear.