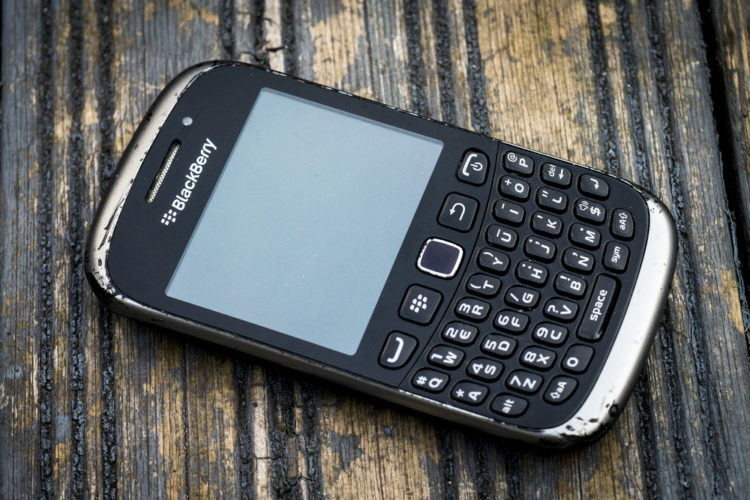 In the early 2000s, Blackberry ruled the world. And when it was having the day off, the people who used it took over. Because unlike today’s breed of smartphones, Blackberries weren’t for everyone. Technically, everyone could buy one, but in reality, it was only executives, lawyers, bankers, political figures, and the occasional celebrity who did, at least in the beginning. There was even a name for these Type-A overachievers with their skewed work/life balances, their inability to switch off, and their smug “Sent from my Blackberry” email signoffs – Crackberry.

The Rise and Fall of Blackberry

As digital.hbs.edu notes, during the height of its powers, Blackberry was selling over 50 million devices a year and owned the majority of the US smartphone market. But it wasn’t too last. In 2007, Apple released its first Smartphone. At first, Blackberry didn’t pay attention. The iPhone with its quirky features, its apps, and its games was for kids. Blackberries were for adults. But they underestimated its power. For a few years, Crackberries kept up their addiction; even those of them that caved into the pressure and bought an iPhone for personal use still kept their Blackberry for business. But eventually, people started to realize that carrying two devices when one would do was a waste of valuable pocket space. By the turn of the decade, Blackberry was on its way out. By 2016, it was all over. Its stock price fell from a peak of $230 to 0; its share of the smartphone market went from over 50% to 0.2%. It made a few last-ditch efforts to stage a comeback, but failed. The age of the Blackberry was over.

During the peak of its powers, the Blackberry was the ultimate status symbol. If you had one, it meant you needed to be on call 24/7. The world, or at last your little corner of it, couldn’t function without you. Moaning about never being able to turn off, checking your device every two seconds, and whining about “essential person” problems became, as Time writes, ‘a badge of honor.’

But ultimately, this was all still new to most people. It had only been in the last decade or so that personal mobile phones had become a ‘thing’. A device that let people email without even being plugged into the internet – this was revolutionary stuff. So, how do you tap into a market that doesn’t know it’s there? How do you get people to use your device when they’ve been managing perfectly well for several millennia without it? Simple. You get your marketing strategy in order. And if you want to do that, you’d better have a good logo to call on.

Logos serve as a visual representation of a brand’s spirit, its values, its attitude. It’s a concise, simple way of conveying a message without bringing words into the equation. The problem is, everyone’s different. How one person interprets a certain visual can be a very different thing to how another person does. To an extent, it doesn’t really matter: as long as our interpretation fits in with how we see the brand, and providing we see the brand in a positive light, most marketing execs aren’t going to care if everyone in the world has a slightly different spin on what their logo means. So, what about the Blackberry logo? Is there unanimity or divisiveness? Is it good or bad? And what even is it, anyway?

The Meaning of the Logo

The truth is, unless the creator spells out exactly what their logo means, we’ll never really know. We just have to speculate. And in the absence of anyone from the business giving it to us straight, that’s exactly what we’ve had to do with the Blackberry logo. Some of the speculation is a bit wild. We’ll leave that on the forums where it belongs. But some suggestions are more than plausible. Maybe they’re right. Maybe they’re not. Maybe we’ll never know either way. But that doesn’t mean we can’t have fun guessing.

An Apple by Any Other Name

Some people have gone the obvious route. The logo is a fruit. Not just any fruit, of course, but the fruit that bears the same name as the device. Yep, it’s a blackberry. There’s the outline and there are the individual drupelets- do you see it? Most people do. And most people think the reasoning begins and ends there. Windows has windows as its logo, Apple has an apple. There’s no hidden meaning, no split intentions, it’s just the visual representation of a brand name that, very conveniently, also happens to be a noun.

When some people look at the Blackberry logo, they see two staggered, stylized B’s. From here, it doesn’t take a genius to work out the rest: one of the B’s is for Black, the other is for Berry. BB. Black Berry. Simple. Other people claim to be able to see four B’s. This could either mean the creator had a stutter, or that the logo pulls on the strapline to Blackberry’s marketing campaign, BLACKBERRY – BE BOLD.

While some people see a blackberry when they look at the Blackberry logo, others see a pattern of seemingly random dots that together make up a bigger picture. Each of the dots represents a different type of industry and all are connected with BlackBerry at its core. According to these same people, each of the dots could be taken to represent apps, preciseness, connectivity, continuous improvement, the flow of data, and a million and one other things. The theory might be right, who knows? To us, it just sounds like some people have a little too much time on their hands.

Maybe we’ll never know the meaning of the Blackberry logo. Perhaps it is just a berry. Or maybe those drupelets really do mean something. And as to why ‘Blackberry’ was chosen as the name for a phone? Some say it’s arbitrary. Others say it’s because RIM (the company behind the device) had seen the rise of Apple and decided the secret to its success lay in its fruity name. Others (including 1000logos.net) say it’s because the keys on its original beeper looked like the seeds of a berry. With everyone from the company either in hiding or gainfully employed elsewhere, it’s likely the name will remain as forever shrouded in mystery as the logo.