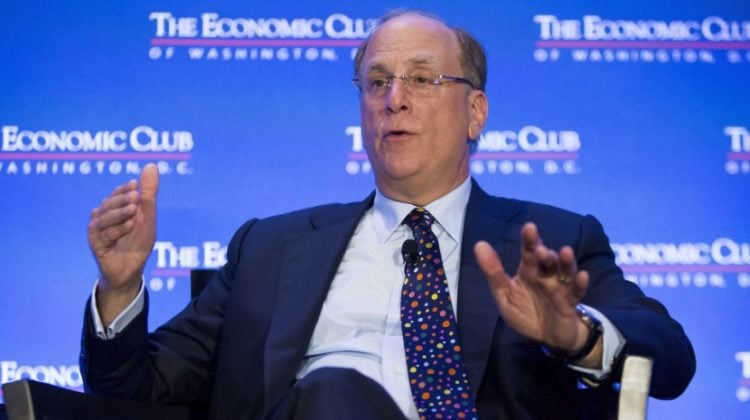 American executive Laurence Fink is the current CEO and Chairman of BlackRock, which is an investment management corporation with multinational operations. He’s one of the wealthiest CEOs in the business. He’s known for his success in the investment industry but there are a lot of things that most people are not aware of when it comes to his past and who he is as a person as well as a professional. To help you become more familiar with him, here are 10 things you didn’t know about BlackRock CEO Laurence Fink.

1. He leads a multi-trillion dollar corporation

BlackRock lends new definition to the term “big business” and at the helm is executive Laurence Douglas Fink. It takes a great deal of skill, talent and natural leadership ability to steer the direction of such a massive company but Fink is excelling in guiding BlackRock on its forward trajectory. It is the world’s largest money management firm and it manages over $6 trillion in assets.

Laurence was born in Van Nuys, a neighborhood in Los Angeles California on November 2nd of 1952. This is where he was raided by his father, the owner of a shoe store and his mother who was an English professor. He graduated from high school and went on to attend UCLA where he graduated with his bachelors of arts degree in Political Science in 1974. He was a Kappa Beta Phi member. He continued on with his education attending the UCLA Anderson Graduate School of Management earning his MBA in Real Estate in 1976.

3. His first job was at First Boston

After graduating with his MBA, Mr. Fink was hired at a large New York based investment bank called First Boston. He joined their team in 1976 and worked his way up in the company. He made significant contributions to the growth of First Boston by taking the lead in the creation and in the development of the mortgage backed security market within the United States. He served as a member of their Management Committee as well as being a Managing Director with the firm and becoming the co-head of their taxable fixed income division. He headed the mortgage and real estate products group and also became a leader in their bond department.

4. He established a solid reputation at his first post

Right out of the chute, Mr. Fink made a good name for himself at First Boston. He is responsible for adding $1 billion to their bottom line which was no small feat. He stayed with First Boston until a mistake was made in his department that lost the company $100 million from an incorrect prediction with regard to the direction that interest rates would take. It was at this time that Mr. Fink made the decision to start a company that would include a comprehensive risk management strategy while investing clients’ money.

In 1988, Laurence worked a deal with the Blackstone Group to co-found BlackRock. He served as the CEO and the Director of the new company. In 1994 BlackRock made a split from Blackstone and as the company grew and became more independent, he held onto his posturing within the leadership of the company. He’s also served as Chairman of the Executive and Leadership Committees, Chairman of the Board, co-chair of the Global Client committee and Chair of Corporate Council. The BlackRock company became a publicly traded company in 1999.

6. He worked with the government to clean up the financial mess

Fink has had long standing relationships with government officials in senior positions. With this level of respect in his knowledge and expertise in financial matters, the United States Government contracted with the BlackRock Corporation to assist with the cleanup that was necessary after the country experienced a financial crisis in 2008. The contract award was made with an absence of competitive bidding which raised a few issues. There were some questions posed with regards to the ethics of the decision because of Mr. Fink’s relationship with high government officials, but when you analyze the situation, relationships or no, BlackRock was the best possible resource to effectively tackle the job at the time.

7. Mr. Fink worked with the Trump administration on financial matters

Near the end of 2016, Mr. Fink became a member of the business forum which was assembled by president-elect Donald Trump. His advice on strategic and policy with regard to economic issues was sought. Mr. Fink’s advisement is valued at the highest levels of government within the United States as well as beyond these borders.

8. He believes in diversity and in the environment

Mr. Fink penned an open letter to CEOs in 2018. In his statement he called upon the leaders of the large corporations to begin a campaign to become more active in the improvement of their communities and the environment. He also called for an increase in the diversity of the workforce of these large corporations. BlackRock has already put these strategies in motion and serves as an example of how to go about it.

9. Laurence Fink is a family man

The high ranking executive is busy running the world’s largest financial corporation but he has also made the time to marry and have a family. Mr. Fink has been married to Lori, his wife since the mid 1970s. The couple have three children togethe and their oldest son is the CEO of Enso Capital.

We checked into the net worth of Mr. Laurence Douglas Fink. We were not remotely surprised to discover than his net worth is estimated at $1 billion as of April of 2018. He was named as number 28 on Forbes’ list of the World’s Most Powerful People in 2018. He also received the ABANA Achievement Award for his work in finance to maintain positive cooperation between the United States, North Africa and the Middle East.