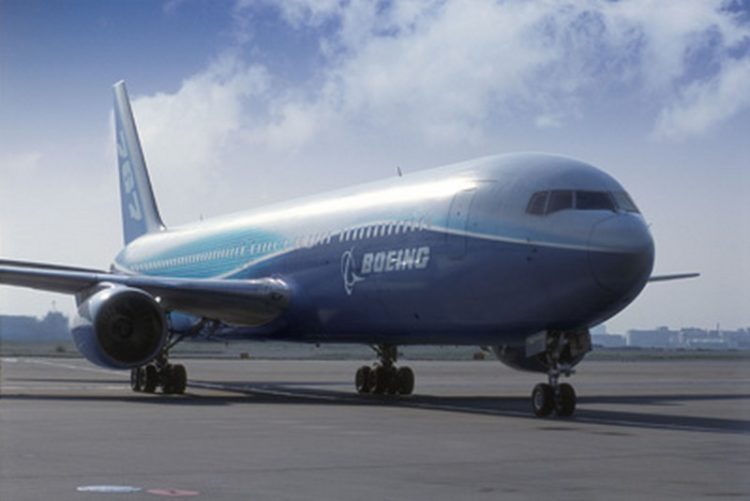 The Boeing 767 is a wide-body passenger jet that was launched in 1981. It is one of the most successful passenger jets ever created, as shown by the fact that non-passenger-use variants are still being produced in the present. As a result, it should come as no surprise to learn that there are still hundreds and hundreds of Boeing 767s seeing use throughout the world, meaning that it remains a common sight at major airports. Here are 10 things that you may or may not have known about the Boeing 767:

1. Intended to Replace the Boeing 707

In 1970, the Boeing 747 earned the distinction of being the first passenger jet to be so wide that it could accommodate a cabin with not one but two aisles. As a result, the project that would lead to the Boeing 767 was intended to come up with a replacement for the Boeing 707 and other passenger jets from earlier generations, which had narrower bodies than the Boeing 747.

2. Made Possible By International Effort

Perhaps unsurprisingly, the project that would lead to the Boeing 767 came with a lot of risk. Due to this, Boeing sought to mitigate some of the risk by signing risk-sharing agreements with both an Italian corporation and a Japanese consortium of corporations. This was a notable step, seeing as how it was Boeing’s first joint venture on the international stage.

3. Intended to Be a STOL

Initially, the Boeing 767 was supposed to be a STOL, which means a short takeoff and landing airplane that can function fine even on shorter runways. However, this proved to be very unpopular with Boeing customers, which is why the Boeing 767 turned into something capable of traveling transcontinental distances.

4. Focused on Routes Between Major Cities

Eventually, the project that would lead to the Boeing 767 settled on mid-sized markets with plenty of customers. In other words, it settled on flight routes between major cities, which had sufficient customers to support such a passenger jet.

5. Developed in Parallel with the Boeing 757

The Boeing 767 incorporated a number of technological advancements that couldn’t be found in its predecessors. Some examples ranged from superior turbofan engines to lightweight construction materials. It is interesting to note that a lot of these same technological advancements were incorporated into a parallel project that was happening at the same time, which resulted in the narrow-bodied Boeing 757.

Speaking of which, a lot of the technological advancements were intended to make the Boeing 767 more fuel efficient. This was critical because by the late 1970s, the cost of fuel had become a more important consideration in purchasing decisions for passenger jets than the number of passengers that could be carried. Something that was perhaps unsurprising considering the existence of the 1970s energy crisis. The Boeing 767 was intended to produce somewhere between a 20 percent and 30 percent improvement, which was rather ambitious to say the least.

It is interesting to note that the Boeing 767 became the first wide-body passenger jet from Boeing to have a digital glass cockpit, which eliminated the need for a flight engineer by enabling its pilots to monitor its systems using its new electronics. United Airlines actually demanded a conventional three-person cockpit, while Boeing held firm until a government task force determined that its design was indeed safe.

8. Maiden Flight Had a Single Problem

The prototype for the Boeing 767 had its first flight in September of 1981. On the whole, that flight was a successful. However, there was a small problem in that the passenger jet couldn’t retract its landing gear, which was attributed to the leaking of hydraulic fluid. Suffice to say that prompted a fair amount of further attention to the relevant parts of the airplane.

Naturally, the Boeing 767 has had a number of models over the course of its existence. However, it is interesting to note that there was a strong focus on bigger and bigger capacities. One example can be seen in the 767-200ER that was introduced in the first year, which boasted bigger capacities as well as other new features for the purpose of appealing to overseas customers. Other examples were the 767-300 and the 767-300ER, which offered a 20 percent increase when it came to the number of passengers that they could carry.

10. There Are Military Models

Interestingly, there are Boeing 767 models intended for military use as well. For instance, there is the Boeing KC-767 Advanced Tanker, which is meant for midair refueling.