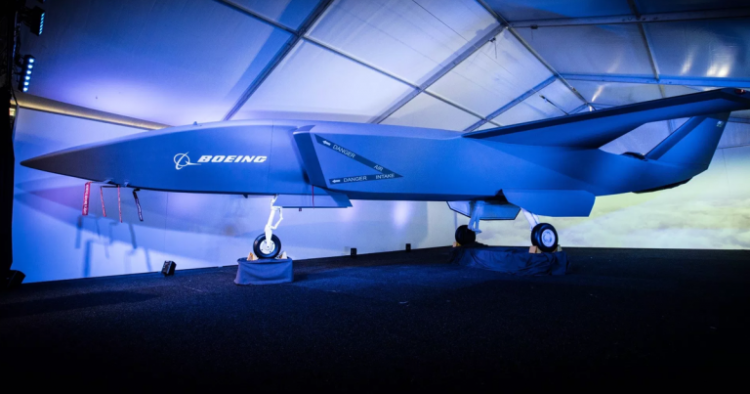 With the concept of robots taking on combat roles in place of soldiers on the battlefield a common one, the fighter jet can now be included in the discussion. The maker of the passenger jet model 787 has been working on, and successfully completed, the creation of an autonomous fighter jet. In an unusual move, Boeing has not restricted the sale of the jet to the U. S. military but is making it available worldwide.

To start the conversation, we need to look at the advantages of a pilotless fighter jet. Say the average weight of a pilot is 200 pounds. Replacing the pilot’s with equipment or armament gives the military two options: either create a smaller aircraft with the same firepower or the same size aircraft with an additional payload. Either way this would make the actual value of an autonomous fighter jet greater in terms of raw dollars.

Another human factor beyond the pilot’s presence is the limitation in range and endurance. People naturally get tired, and even with the best training a tired pilot is more prone to make errors in judgment the longer they are in the air. When it comes to actual combat fighting, the stress of the combat will speed up the fatigue factor and reduce the effectiveness of the aircraft itself. An autonomous airplane will be able to accomplish its mission effectively and be able to do so over longer ranges.

While combat missions are what many people focus on in the discussion of autonomous planes, Boeing says the aircraft may be best designed for long range surveillance missions. There are certain specs of the new plane, named the Boeing Airpower Teaming System (BATS), that remain secret – but for how long is not certain. Yet the name seems to indicate that its design is indeed primarily for surveillance, and one reason why Boeing is making it available worldwide. Bats use a radar type of sense to navigate in bat caves, so the name does make sense. From a military vantage point, selling such a plane to other countries provides no real advantage to them.

Boeing also said that while there is a standard design, the BATS can be customized to meet the needs of its customer. This means that a potpourri of BATS can be ordered, each serving a specific military or commercial purpose. The intent here does not seem to be giving the buyer a strategical or tactical advantage, but instead is a way to make a lot of money by giving the customer what it wants. The projected availability of BATS is sometime in 2020.

Of the specs we do know, the BATS is 38 feet long and has a range of 2,000 nautical miles. In contrast, the various models of the F-35 Joint Strike Fighter has a length of just over 51 feet and a reported range of over 1,200 nautical miles. The advantages of both are clear, and while one can make the case of the Boeing BATS model a futuristic fighter jet, it seems it has more peaceful and non-military objectives.

Of course, this does not mean that Boeing is not secretly working on a larger and more military design to replace piloted fighter jets. The U. S. Air Force is currently working with pilots to train side-by-side with autonomous jets. Most autonomous aircraft are guided by remote control, so the age of video game controller training is still in its infancy. It is feasible that a fighter pilot could engage multiple targets with a laser guided targeting system for the unmanned jet flying next to them and effectively use a 2-for-1 approach when it comes to engaging the enemy.

But other than its range, how does the BATS compare with the current drone fleets that can deliver Hellfire missiles and the like at very specific targets for a considerably lower cost? Ramping up the payload will only slow the aircraft down and cause it to lose one of its primary advantages of range. The issue of refueling the aircraft, if it is a consideration at all, has not been revealed.

When looked at as a whole, it appears the design of the BATS is intended to serve as only part of a military air force. As advertised, it is a Teaming System – which implies it is not a standalone solution for removing pilots from the sky. One may think of it more as a closer-to-Earth satellite system which can go farther and stay in the air longer than a manned reconnaissance aircraft. So pilots will keep their jobs for the foreseeable future, and futurists will be able to continue to dream of what a fully capable, autonomous fighter jet will look like.