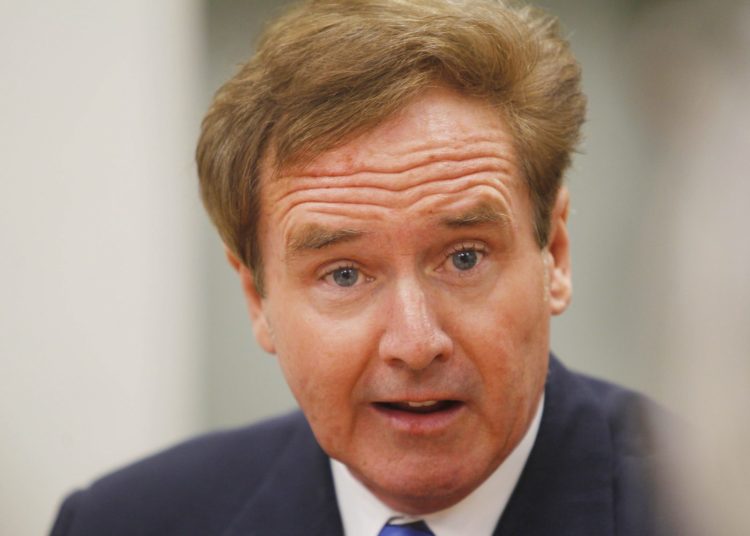 Brian Higgins is a U.S. Representative for the New York 26th congressional district. He’s been in the position since 2005. Higgins is an interesting political figure because his views are different than most traditional democrats. He ha a long history in government and we’re highlighting his career along with some information about who the man behind the politics truly his. Here are 20 things about Brian Higgins that you probably didn’t know, but might be glad to hear about.

1. Higgins has conservative views for a democrat

Although the majority of democrats traditionally hold liberal views, Brian Higgins is a bit different in his outlook. He is known for holding both Independent tendencies as well as conservative views. This is how he describes himself. Others consider him to be a centrist. This is an aspect of the representative that makes him such an interesting figure in American politics today.

2. He has an ivy league education

Mr. Higgins is a native of Buffalo, New York. This is where he was born on October 6, 1959, making him 60 years old as of 2019. He attended schools in Buffalo. He attended Buffalo State College where he earned his bachelor’s degree in political science, graduating in 1984. He continued at Buffalo State College to earn an MA in history in 1995. After completing his education in New York, he went on to attend the prestigious Harvard University, at the John F. Kennedy School of Government where he obtained a graduate degree. Only a small percentage of applicants are accepted for admission to Harvard, so this gives you an idea of how impressive Mr. Higgins’ academic records and extra-curricular portfolio were at the time.

3. He switched is opinion on abortion

When Mr. Higgins first became active in politics, he started in support of the pro-life movement. He initially took a stand against abortion as his official political point of view. Since first starting his career in 2005, he has changed his views and is now in support of the pro-choice platform. His years in politics with exposure to a variety of different points of view and cases which have been presented have given him more information about both sides of the issue, leading him to change his view in support of the right to choose.

4. Higgins is of Irish ancestry

Brian Higgins’ grandparents are from the country of Ireland. He has long taken an active interest in the political affairs taking place within that country. Higgins has been involved in the peace negotiations which have taken place in Ireland. It is believed that he has a fondness for the country because of his family ties there and that he wants to see Ireland achieve their goals of quelling political unrest for a safer and more peaceful environment for its citizens.

Mr. Higgins served on the Common Council in Buffalo in the late 1980s and early 1990s. His contributions were appreciated by the locals who lived in the area as well as in the local government. He earned the highest rating of any leader in politics from the area with an award given him in 1993, naming him “Buffalo’s Best Lawmaker.” He dedicated five years of his life to the council and was conscientious in giving his attention to district and city concerns.

6. He has an excellent reputation in Buffalo

The people of Buffalo loved Brian Higgins for many different reasons. The first is because he was dedicated to making a positive impact on the city and within the district as a lawmaker. He showed intelligence, thoughtfulness and caring in the discharging of his duties. Another aspect of the man behind the professional that they appreciated is the fact that he was bright, intelligent, but that he was also soft-spoken. He’s the kind of individual that people truly enjoyed working with and being around. He had vision and he was highly responsible.

7. Brian Higgins was a professor

In addition to being a professional politician, Mr. Higgins was also a college professor. After graduating from Buffalo State College, and obtaining degrees from the institution as well as Harvard, he returned to his alma mater. Higgins was an instructor at Buffalo State College where he taught in the history and economics departments. He passed on the knowledge that he had gained to others, some of whom were themselves preparing for a career in the political arena, and some who were working towards their teaching degrees in history and economics. He helped in shaping the minds of some of the future leaders in the business and industry sectors of the country.

8. Higgins served in important political roles in the U.S. House

Higgins was assigned to some very weighty committees at the start of the 116th Congress. From 2019 through 2020, his current assignments include working as a member of the Committee on Budget Members. He has also been assigned to the Committee on Ways and Means Members. He will be busy for the upcoming year, assisting in the development of the budget for the country, so we’ll keep our fingers crossed that the government won’t run into any more issues that could cause a government shutdown. He has a positive previous track record for cutting through red tape to accomplish important goals, so hopefully, he’ll have an influence over the new budget development. He also served on both committees for the 2017-2018 year, so this isn’t his first rodeo.

10. He’s been on the Foreign Affairs Committee

When it comes to how America handles its foreign affairs, Mr. Higgins has been actively involved in establishing policies and procedures. He has served on the Foreign Affairs Committee off and on since the 2011-2012 session through 2015. As a member of the committee, he was also on the subcommittees on the Middle East adn South Asia, on Terrorism, Nonproliferation, and Trade, on The Middle East and North Africa, and on the subcommittee on Europe, Eurasia, and Emerging Threats.

11. He’s responsible for the improvement of the Buffalo Waterfront

Brian Higgins has made several positive changes for Buffalo as well as the Western region of New York. One of them is the waterfront. This was an area that had long been neglected and it was in serious need of improvements. Higgins served as the principal architect of development in the transformation of the Inner and Outer Harbor waterfront areas. He spearheaded the fight to obtain a quarter-billion-dollar federal relicensing settlement of the Ney York Power Authority, which now finances the transformation of these areas. This was a remarkable feat and it was something that residents and businesses were happy to see happen. It’s no wonder that he has such a stellar reputation in the area. He talks, as most politicians do, but there is also action taken to support the conversation. He’s not one to make empty promises. He rolls up his sleeves and gets to work on important issues that matter.

12. Higgins is big on infrastructure

Brian Higgins is a politician who sees the importance of building a strong infrastructure in the country. He is a strong voice in the effort to build the nation up by shoring up the foundational elements which support the country. These include improvements in funding for biomedical research to improve the health of Americans and people throughout the world, in the creation of meaningful jobs, and for revitalizing industrial areas such as the waterfront.

13. He co-chairs the Northern Border Caucus

If you’re not familiar with the Northern Border Caucus, it establishes federal policies on northern border communities. These are the places that border the country of Canada. Higgins is an advocate of strengthening our security and economic ties with Canada. This, in turn, calls for the revitalization and strengthening of security within the areas in the United States which are considered to be Northern Border towns and regions. He serves on the Great Lakes Task Force, the House Manufacturing Caucus, the Northeast-Midwest Congressional Coalition, and he serves as co-chair of the Revitalizing Older Cities Caucus.

Brian Higgins had traveled to some of the most dangerous places in the world. He’s done this in his efforts to try to help peace negotiations. He’s also met with some of the leaders of the world from a variety of different countries. On his list of places visited, he’s been throughout South Asia and Africa, Darfur, Northern Ireland, the Middle East, Darfur, Afghanistan, and Iraq. Some of these places have been extremely dangerous, which tells us that his desire for peace is more intense than his fear of terrorism.

15. He’s been honored with honorary doctorates

16. His father was a laborer who got involved in politics

Brian’s dad is Dan Higgins. He was a skilled tradesman by profession who went on to become a labor leader. His life journey took him into the political arena as an elected and appointed Official. His mother is Mary (Breen) Higgins who was a schoolteacher at Our Lady of Perpetual Help.

17. Brian is married with a family

Brian Higgins is married to his wife Mary Jane. She is a special education teacher in the Buffalo Public School System. The couple has two children together. Their names are John and Maeve.

18. Higgins is a member of several civic and religious organizations

Brian remains active in an assortment of civic and religious organizations. He is presently a member of the Saint Martin of Tours Catholic Church. He is also active in ethnic-based organizations which are derived from his ancestral roots. Higgins holds membership as well as serving as a historian for the Irish-American Legislators Society of New York as well as for the New York State Irish Legislators Association, two separate, but related organizations.

Brian is not the kind of politician that walls himself off from his constituency. He likes to keep informed of pubic opinion and concerns. He has an official website that provides multiple different ways to contact his office. These include his webmail at Washington DC A Washington DC website; A general website. If you have questions or concerns, these are useful resources for making contact with his staff.

Brian Higgins is also active on social media. He has a Facebook page with 14,803 followers. If you want to keep on top of what he’s doing or to stay informed about the important issues that Brian is currently involved with then this is a good resource for doing so. You can get regular updates by following him on his Facebook page. The page is filled with interesting historical facts as well as encouragement to become involved with worthy causes that matter for Americans. Bearing in mind that he is an avid historian, you can learn a lot by visiting this site.