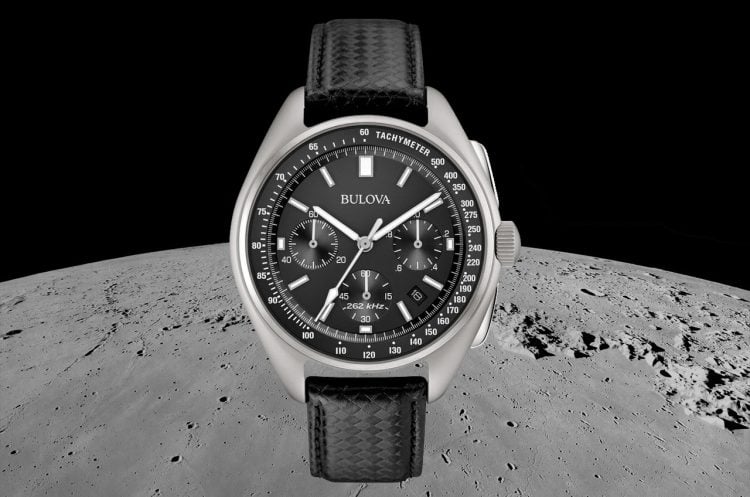 Many of us remember the special edition watch that was made by the Bulova watchmakers to commemorate the Apollo 15 mission to the moon. The watch made its debut in August of 1971 and was a moon pilot chronograph. It offered special features that were useful for the astronauts who wore them on the moon. Bulova has made a new special edition of the Moon Chronograph watch that features updates in the movement. The new modern edition is a special watch that merits a closer look.

The 2016 recreation of this watch has maintained some of the original features but has made a few modern upgrades. Watch collectors and enthusiasts who have a fondness for all things lunar will highly prize the new Bulova which follows in the footsteps of the rich history of its predecessor. The packaging includes a gift box that features a certificate of authenticity with a date of mission stamped on one of the two straps that accompany the watch. The straps are interchangeable.

This new edition has been upgraded with a new movement. It now features a high performance quartz movement. The case is crafted of solid stainless steel with a 316L surgical grade. The finish of the case is silver tone and the watch features a monochromatic black dial for amazing contrast. The markers and hands are ultra luminous for enhanced legibility and the anti reflective AR coated sapphire glass cystal reduces glare. The case is forty five millimeters in diameter with a thirteen and a half millimeter thickness. 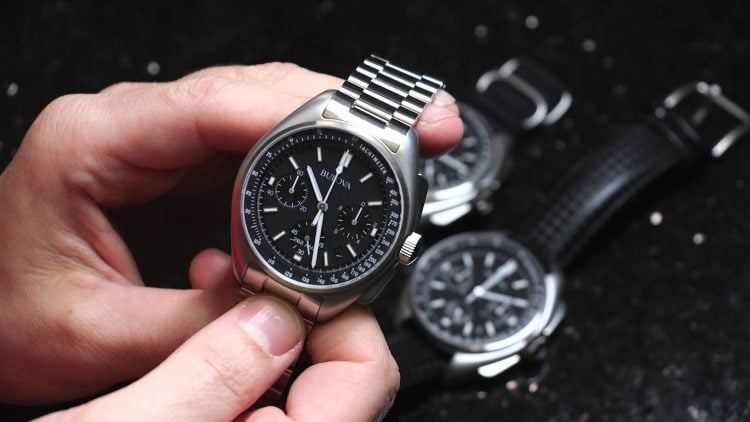 This watch provides precision accuracy in timing thanks to the quartz movement which is designed and engineered for high performance, operating at a 262 kHz frequency. Within the stainless steel case is housed a calendar and tachymeter. It provides hours, seconds and a small second function as well as the chronograph, activated by an easy to use pusher. The watch is water resistant up to fifty meters.

Dave Scotts Bulova which was created for the Apollo 15 mission was his personal watch. He made the decision to auction the watch off in 2015. Because of its historical value and the fact that it had actually been worn on the moon, it fetched a handsome price at the auction. The final selling price was $1,625,000 when all was said and done. The new edition of the moon watch is much more reasonable with an asking retail cost of just $550. 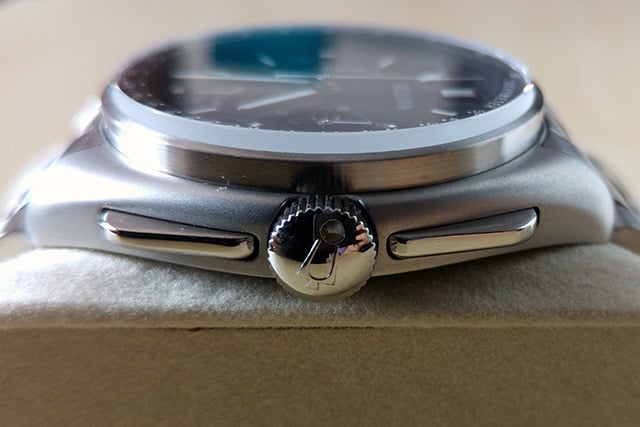 What makes this edition so different?

The recreation of the original moon watch is that the design has remained close to the original. the case has retained the curved case with the chronograph pusher which makes it easy to operate the function. A more thorough explanation of the updated movement is required to fully realize the prowess of the new edition. When Bulova talks about a high performing quartz movement, they are referring to a movement that has been redesigned for greater accuracy and a battery life of approximately two years. The chronograph is accurate down to one tenth of a second. The precision of ultra high frequency watches which offer two hundred and sixty two kHz is a definite upgrade and the fact that there is less than ten seconds of deviation in time per year, we’d say that this is a definite improvement over the predecessor.

The new Bulova Special Edition Moon Chronograph has the same wonderful aesthetics and is easily recognized when compared with its predecessor, with the exceptions of the new modern materials and functional enhancements which increase the precision, reliability and legibility of the time piece. It is a high quality watch that has a lot to offer in consideration of the low asking price for this American made watch that has assisted NASA in their space program by providing the watch as a dependable tool on which the astronauts of the mission depended on in their daily tasks on the very important mission to the moon. Bulova became a part of American history with their Moon Chronograph designed to the specifications of NASA engineers.

Bulova has had the foresight to offer two versions to accommodate the tastes and preferences of a wider segment of the watch enthusiast population. You have your choice of the metal bracelent that features a three link steel format, or a textured leather strap in black and brown leather featuring a Velcro hook and loop. This strap is engraved with the mission date of the Apollo 15 mission. The metal bracelet sells for a little more, averaging approximately six hundred and seventy five dollars as the suggested retail price. A symbol of progress linking the past with the future

The Moon Chronograph for 2016 also stands as a reminder of our past and how greatly the changes in technology have advanced. Just as the space program has made large leaps forward, so has the watch making industry.

The Bulova Special Edition Moon Chronograph brings watch and moon enthusiasts together with a very special time piece that commemorates a special time in American history. Their recreation has stayed true to the original design in most aspects and has delivered a greater precision watch that has a smaller wear for its size, but a comfortable fit. Bulova has pulled out all of the stops with their enhanced high performance quartz movement that guarantees improved accuracy in time keeping. The quality and historical significance of this watch is what makes it so very special. It is extremely rare that a watch of this quality and aesthetic appeal is offered for such a low retail price.

The Moon Chronograph is an excellent choice for collectors or as a gift for special persons who have a love of lunar events, NASA or the space program. It embodies the bravery and forward advancement of technology that is mirrored in our aerospace program and in the enhancements that have been made in the movement of this high performing wristwatch.