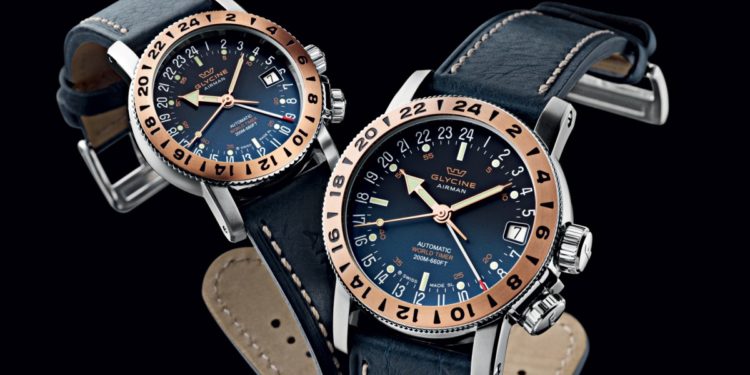 Swiss watchmaker Glycine Watches recently sold to the Invicta Watch Group, but don’t worry, Glycine will continue to create its iconic watches. Invicta will only handle marketing anded distribution. Glycine Watches has been in business since 1914 and quickly rose to become one of the premier watchmakers in the world. Glycine would go on to create some of the most advanced and accurate watches that were loved by aviators and the military. Here are 10 things you didn’t know about Glycine Watches.

Glycine Watches was founded by Swiss watchmaker Arthur Louis Eugène Meylan and founded on May 20, 1914. Meylan’s first workshop and factory were located in Bienne, Switzerland. He was influenced by French, Italian and German watchmakers as well as the Swiss. The company’s original name was Fabrique d’Horlogerie La Glycine. Meylan began training as a watchmaker in 1910 at l’Ecole d’horlogerie attendee,Le Chaux de Fonds. Meylan began his watchmaking business by designing and manufacturing ladies’ wrist watches.

Eugene Meylan was always detail oriented. He strove to make the most precise watches possible no matter how small. He loved to put technical advances to good use. Meylan was also a brilliant marketer and saw the demand for precise wristwatches. Even his first wristwatches for women showcased how precise his creations could keep time on the small delicate faces of the ladies’ wristwatch. 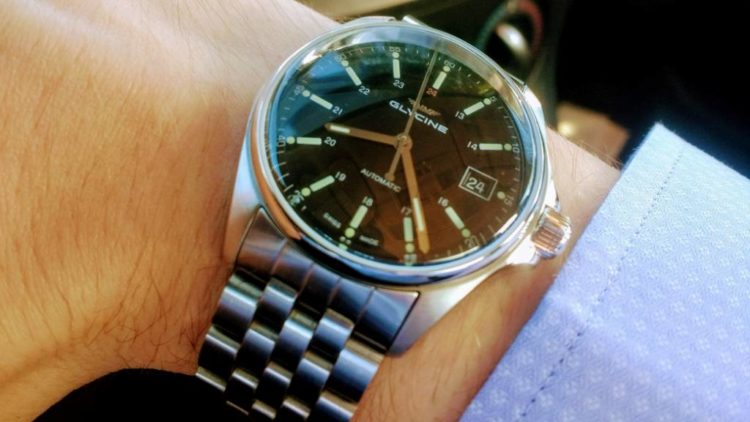 Over the next decade, Eugene Meylan cooperated with other watchmakers including Henri Jeanerret. Meylan and Jeanerret would form a company together in 1918. The following year, they joined with watchmaker Silene and formed Sonex SA which continued until 1925. The next year, Eugene Meylan registered another company, Fabrique de Sertissages “Precis”. This company was also called Le Chaux de Fonds. By this time, Eugene Meylan was the premier watchmaker in Switzerland. He took control of Bulle Clocks in 1927. During this decade, Meylan continued to create precise small timepieces encased in gold, platinum and diamonds for the wealthy citizens of Europe and America.

In 1931 Euegene Meylan and Glycine Watches was a pioneer in the self winding watch. He presented the collection to the market and people were impressed. The watches kept precise time and worked very well. Some of these original self winding watches still can be found among collections. 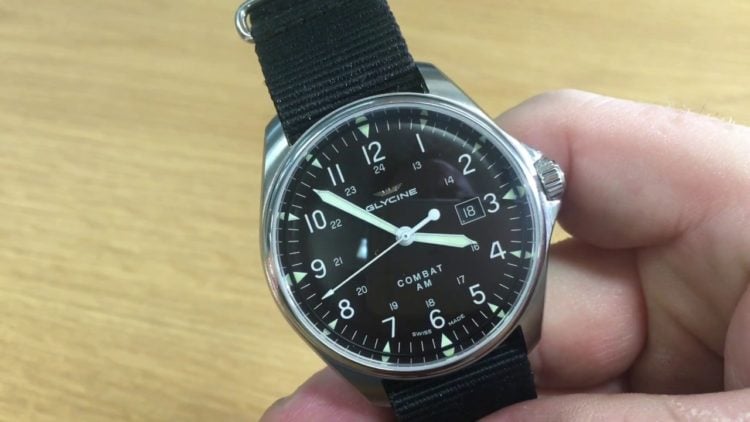 Also in 1931 Eugene Meylan partnered with watchmakers Doxa and Meyer and Studeli to create Medex. This was a network that allowed the Swiss watchmakers to boost sales in Germany. In 1934 the chronometer range was created. The new chronometer allowed for even more precise timekeeping which pilots needed. The new chronometer range passed the stringent tests of the Official Swiss Quality Control. At the same time Meylan purchased Chronomuri SA which was renamed Automatic EMSA. Meylan transferred his automatic module patent to the new company in 1935. While the depression hit Meylan and Glycine Watches international market, he managed to stay in business. Glycine was one of a handful of exhibitors present at the Basel Fair in 1938. Meylan would continue to thrive during the 1940’s honing the preciseness of his watches.

The early 1950’s saw the further development of watch technology. Watches would not only be precise but would also be tough. They could withstand being submerged in water and withstand shocks. With the popularity of leisure air travel, Meylan saw the need for a sturdy watch that could withstand pressure and keep precise international time. The Airman collection debuted in 1953 and made both pilots and jet setters happy. Fliers had the benefit of two time zones on their wristwatches. The Airman has been a permanent part of Glycine’s wristwatches. Eugene Glycine passed away in 155, but his company would go on. The Airman SST was certainly designed after an airplane. The technologically sound and sturdy watch has an aerodynamic face much like a Boeing or even the new Concord that came out in the late 1960’s. The new Glycine collection debuted in 1968. It was worn by Astronaut Charles “Pete” Conrad during his Gemini 5 mission. It was also worn by the members of the United States Air Force fighting in Vietnam. The Combat collection was released in 1967.

The quartz movement overtook the watch market and Glycine Watches suffered during the 1970’s but came back in the 1980’s and 1990’s with its own quartz watches in order to compete in the world market. Glycine never let go of its traditional Airman collection but added quartz movement watches and even made a few Airman quartz versions. 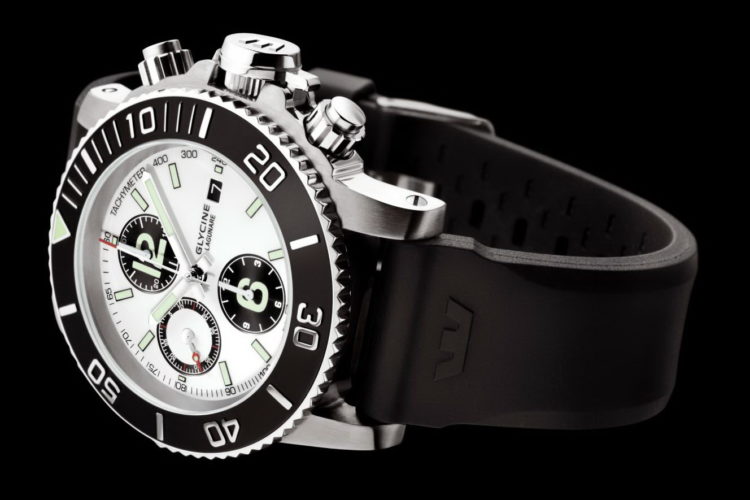 9. Turn of the century

Glycine Watches continued to thrive at the turn of the twentieth century. The company introduced a special edition Airman 2000. Other collections followed including the KMU 48, F 104 and Incursore in 2011. The company continues to maintain its integrity offering great value at a reasonable price.

Glycine Watches joined Invicta Watch Group in 2016. While Glycine continues to design and manufacture watch collections, Invicta works on marketing them and distributing them through retail. Glycine will continue to produce its unique brand of historic watches that are modernized. We can’t wait for the latest collection of Glycine Watches.