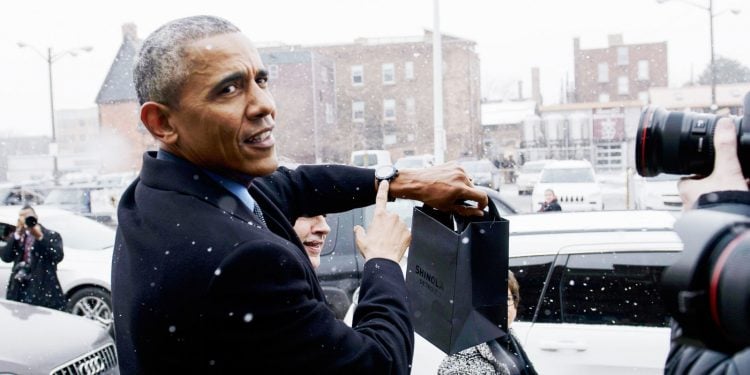 The President of the United States is undoubtedly the most powerful leader of the free world, and as such people across the globe pay close attention to who happens to be in office. Not only do they closely scrutinize what he says, does, and even eats, but what he wears. This extends to jewelry, most notably wristwatches.

Presidential watches used to be luxurious, upscale and expensive. However, to connect with the common person U.S. presidents stopped flaunting luxury watches and opted for more obscure or even flat out inexpensive models — the last president to wear a high end watch in office was President Reagan, who preferred the Rolex Datejust. Here’s a closer look at five great presidential watches. 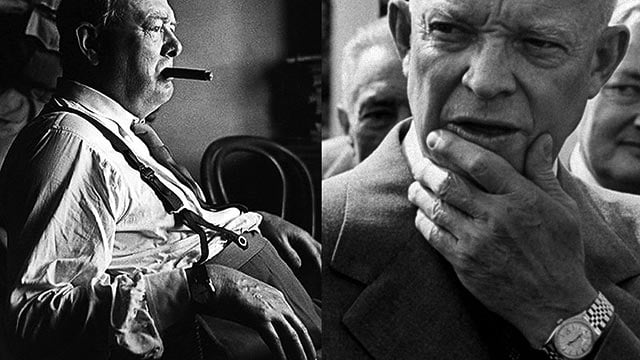 Though the last President to wear a Rolex during his term was Reagan, the first known to do so was Dwight Eisenhower. He was offered the watch by Rolex, and Eisenhower graciously accepted it. This particular Rolex Datejust was the company’s 150,000th certified chronometer, and the President was offered the chance to customize it. His choice: that the back of the watch be engraved with his initials and five stars to honor his rank as a five-star general. Along with these details, Rolex also engraved the date that the watch was presented to Eisenhower, 12-19-1950.

Those who were around back then may remember President Eisenhower wearing this very watch on LIFE Magazine’s July 21, 1952 cover. It’s definitely a classically styled, timeless, and very handsome watch. Though it’s steeped in history the watch’s dial was eventually, and that lowered its value on the market. This change is one of the biggest reasons that the watch didn’t sell when it was put up for auction in 2014 — it fetched $475,000, but that was well below the reserve price. 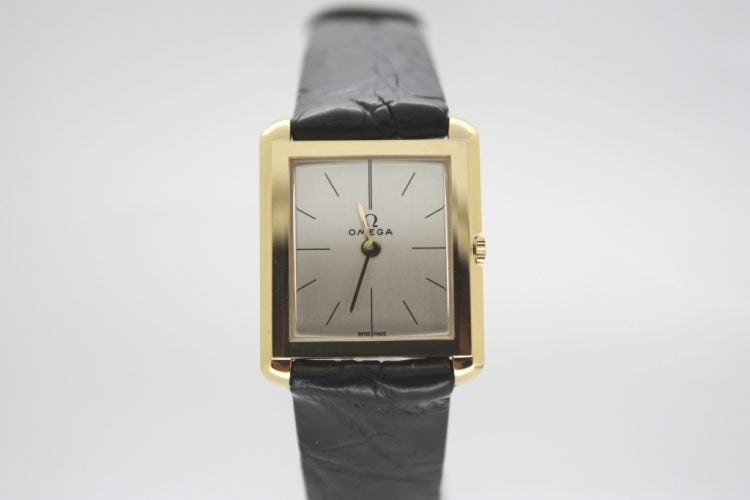 It’s not rare for presidential watches to be auctioned off eventually, and this one was snapped up by the very company that created it. JFK wore a gorgeous Omega Ultra Thin watch at his 1961 inauguration, and it was given to him by close friend Grant Stockdale before the 1960 election. Though no one at the time knew for sure who would win the presidential race, Stockdale was so certain that he bought the watch and had it engraved “President Of The United States John F. Kennedy From His Friend Grant”.

JFK greatly appreciated the watch and so did Jacqueline Kennedy, who personally sent a letter thanking Stockdale for his gift wherein she called it the “thinnest most elegant wristwatch”. According to Jackie, her husband took off the chunkier watch she had given him as soon as he received the Omega model and instantly loved it. JFK wore the watch well after his inauguration and started calling it “the Stockdale watch”. When it was put up for auction in 2005, Omega made sure they put in the winning bid — it sold to the company for $350,000. After acquiring it, Omega put out a limited edition commemorative re-issue of the model. If anyone is keeping track of the most despised presidential watches of all time, there’s no doubt that this one is at the top of the list. Bill Clinton wore a number of Timex watches during his time in office, and even before his election when he was still the Governor of Arkansas. However, a particular black and blue Timex Ironman is the one that most remember being on his wrist. He was seen photographed with this watch frequently, and is even wearing it in official White House photos.

The Timex Ironman was a hit with the masses and became the brand’s best selling watch collection. It became even more popular when its Indiglo technology was integrated into the line in 1992. Still, the problem with Clinton wearing it is that it reminded people of how down to earth he was. While other heads of state were wearing Patek Philippe and Vulcain, there he was with what some deemed to be a cheap wristwatch. His watch choice was even referenced to when his illicit affair was brought to light. Interestingly enough, his wife Hillary Clinton prefers pricey wristwatches, especially those made by Chanel. What’s even more interesting is that after he stepped out of office, Clinton upped his watch game up and started sporting models from Rolex, Panerai, Audemars Piguet, and Jaeger-LeCoultre. 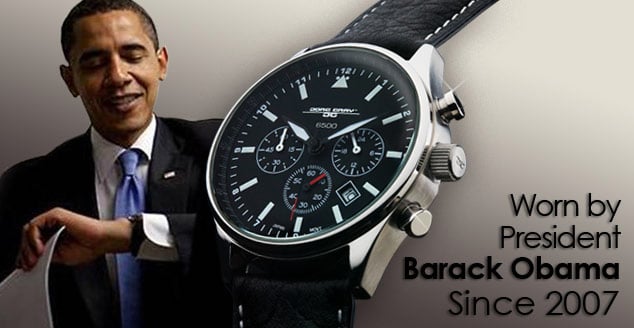 Before President Barack Obama came into office, he wore a TAG Heuer 1500 Two-Tone Diver. It’s definitely a fitting model for his personality and presence, but when he got into office he switched to wearing a gift that was given to him by three members of his Secret Service detail. The watch has the Secret Service seal and was given to him on his birthday in 2007. It’s steel with a chrome plated bezel, a Japanese movement, cost about $200 at the time, and people took notice of it instantly.

Because Jorg Gray had primarily produced corporate watched up until that point, it took some sleuthing for fashion reporters to figure out who made the watch that was so frequently photographed on Obama. Once the public found out that the brand was Jorg Gray, the company exploded in popularity. They relaunched the 6500 series so people could have a watch like the President’s, but without the Secret Service logo dial. The commemorative and regular editions of the Jorg Gray 6500 Chronograph are available for $395.

It can be argued that Donald Trump will become the wealthiest U.S. President in history once he’s sworn into office on January 20, 2017. However, he’s also going to be a president who has very little interest in the watches that he wears. It’s funny that someone with so much money at his disposal doesn’t care much about what watch he dons, but that’s how it is with Donald Trump.

What’s ironic is that he’s launched his own watch collections bearing his name before, though he doesn’t wear the watches himself. He’s been gifted a number of expensive watches, including an Azad Power Tourbillon that retails for $9,950, but he has no sure fire favorite in his collection. The most attractive one, however, is a gold Patek Philippe Ellipse. It’s a masculine and attractive watch with a gold cuff bracelet and dark toned dial. He’s been seeing wearing it while in casual clothing, suits, and everything in between. Other watches that the President-elect has been seen wearing include the Rolex Day-Date.