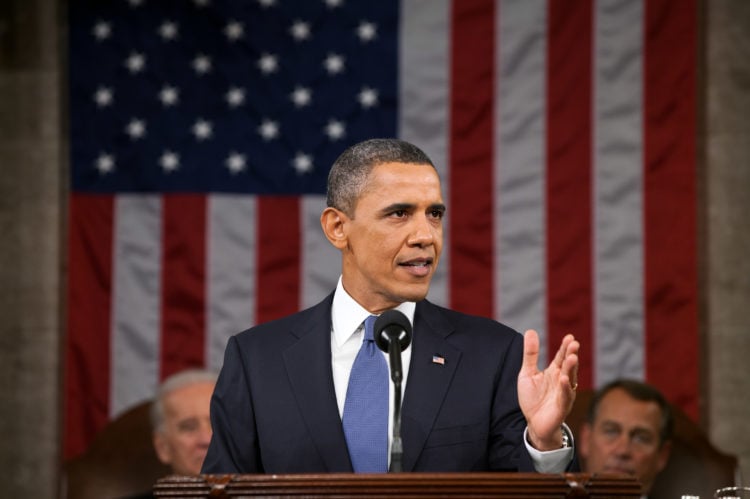 Barack and Michelle Obama had no more than $1.3 million in net worth when Barack entered the White House as the 44th President of the United States. However, it is interesting to note that rather reliable sources now estimate them to be worth around $40 million, which is a remarkable increase over the course of around a decade’s time.

In short, Obama was born in Hawaii to a white mother and a black father, who met one another when they shared a class on the Russian language at the University of Hawaii at Manoa. Later on, he lived for a while in Indonesia because his mother married an Indonesian graduate student, which is why Obama was able to speak fluent Indonesian when he was still a child. Eventually, Obama went to live with his maternal grandparents in Honolulu for the sake of high school while his mother spent most of her time in Indonesia because of her fieldwork as an anthropologist.

How Did Barack Obama Reach His Current Net Worth?

After graduating from high school, Obama studied at Occidental College and then Columbia University before going on to study law at Harvard Law School. In time, he went on to teach constitutional law, participated in community organizing, got elected to the Illinois Senate, and then got elected to the U.S. Senate. By 2008, Obama was able to win out over Hilary Clinton in the Democratic Party presidential nominations before going on to beat John McCain in the U.S. presidential election, thus making history for a number of reasons.

Regardless, it is estimated that the Obamas earned a combined total of $20.5 million from 2005 to 2016. Some of this sum came from both of the Obamas’ salaries. However, the rest is believed to have come from book royalties, which saw a natural surge because of Obama’s status as the U.S. president, as well as the proceeds from the Obamas’ investments. Still, the fact that the Obamas are now believed to be worth $40 million should make it very clear that they have been very busy in the time since Obama’s last term came to a conclusion.

For example, both of the Obamas have signed book deals in recent times, which are believed to be worth at least $60 million. This is particularly notable because revenues from books have proven to be Obama’s single biggest source of revenue so far, meaning that these book deals promise to send he and his wife’s net worth soaring even higher. Besides this, it is important to note that the Obamas have signed a production deal with Netflix as well. Exact financial figures have not been released for the production deal, but if other production deals are any indication, it could be measured in the tens of millions. On top of this, it should come as no surprise to learn that Obama is in high-demand for speaking at a wide range of events, so much so that some sources believe that he might have earned as much as $400,000 in public speaking fees since his departure from the office of the President of the United States.

Currently, the Obamas are believed to have a net worth of $40 million. However, there are estimates that they will be able to make as much as $242 million over the course of their entire lifetime following the presidency. Due to this, while their net worth is $40 million for the time being, it seems safe to say that won’t remain true for a particularly long period of time. Something that is particularly likely because they seem to have been thinking long-term when it comes to their finances, which doesn’t exactly suggest that they are the kind of people prone to reckless spending.