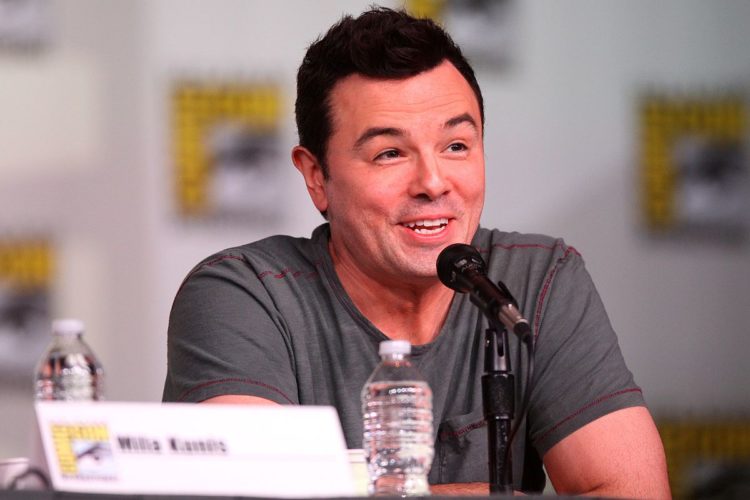 Seth MacFarlane is a writer, director, actor, and a singer. He is best-known for his work in animation, comedy, and live-action. He has achieved a high level of success in many aspects of the film and music industries. It is estimated that he now has a personal net worth of $200 million. Here is how Seth MacFarlane became so rich.

He was born in Kent, Connecticut, on October 26, 1973, and his sister is the voice actress Rachael MacFarlane. From a young age, MacFarlane showed a talent for illustration and would often spend his time drawing cartoon characters. He already knew he wanted to pursue a career in animation by the time he was five years of age. At the age of just nine, he began publishing his own weekly comic.

After attending Kent School, he studied film, video, and animation at the Rhode Island School of Design. While studying for his degree, he created several independent films. For his thesis, he created a film called ‘The Life of Larry’. This later became the inspiration of MacFarlane’s hit animated comedy ‘Family Guy’.

He had originally intended to work for Disney when he graduated but changed his mind. MacFarlane’s professor from college submitted his thesis film to Hanna-Barbera and they offered him a job. This was MacFarlane’s first step into the film industry. While in their employment, he worked as a writer and animator for ‘Johnny Bravo’, ‘I Am Weasel’, ‘Cow and Chicken’, and ‘Dexter’s Laboratory’.

In addition to his work for Hanna-Barbera, he also worked in a freelance capacity for Walt Disney Television Animation. He also wrote ‘Ace Ventura: Pet Detective’. This gave him valuable writing experience for his future career.

While still working for Hanna-Barbera, he created ‘Larry & Steve’, which was a sequel to ‘The Life of Larry’. This led to negotiations for him to create a prime-time animated series. He pitched ‘Family Guy’ to Fox.

Although this pitch failed, he returned to make a second pitch the following year after the success of ‘King of the Hill’. They gave him a low-budget to produce a pilot and he returned six months later with the completed pilot. The executives at Fox loved his work and ordered the series immediately. It was an instant success and MacFarlane became the television industry’s youngest executive producer at the age of 24.

‘Family Guy’ has made a significant contribution to MacFarlane’s wealth. Not only has he continued to earn money through his work on the show, he has also made money from the range of merchandise that relates to the animated series.

MacFarlane’s second long-standing and successful animated series is ‘American Dad’, which has been aired since 2005. It was initially aired on Fox but moved to TBS in 2014. Many of the voices on this series are provided by MacFarlane himself, including Stan and Roger. The voice of Hayley is provided by his sister, Rachael MacFarlane.

Other animates series that have been created by Seth MacFarlane include ‘The Orville’ and ‘The Cleveland Show’. He also contributes to many aspects of the production of these series and provides voices. All of the shows that this talented man has created has contributed to some degree to him accruing a personal net worth of $200 million.

Although MacFarlane has made the majority of his money through his work in the television industry, he has also made money in the music industry. He has released four albums, the first of which was ‘Music Is Better Than Words’ in 2011. He has won four Grammy Awards for his music.

Seth MacFarlane has also ventured into Internet entertainment as he has his own YouTube channel called ‘Seth MacFarlane’s Cavalcade of Cartoon Comedy’. The weekly episodes of this were sponsored by Burger King.

In his personal life, Seth MacFarlane is currently single and looking for someone with whom he can share his lifestyle and wealth. In the past, he has dated the ‘Game of Thrones’ star Emilia Clarke. He continues to work in many aspects of the film, television, and music industries.