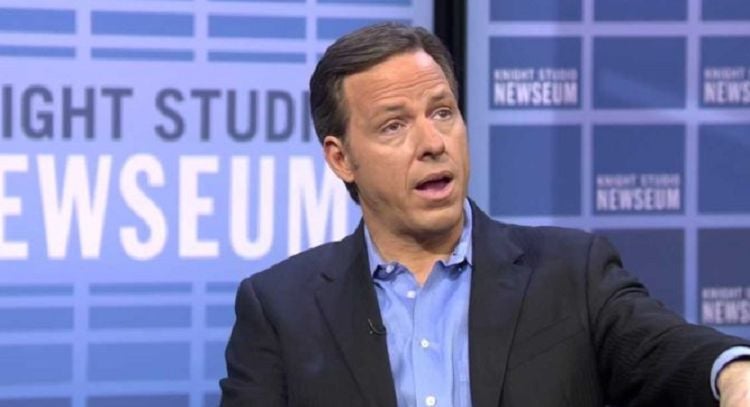 Jake Tapper is an American author and journalist who is best known for his reporting work on CNN and several other television news programs. Tapper is a best-selling author as well as being one of the most celebrated journalists of our age. The multi-award-winning journalist has come a long way in his 51 years. He is reported to be one of the wealthiest journalists in the news industry today. His net worth has been estimated at $10 million as of early 2020. But how did he make his fortune? Was it as a writer or as a journalist, or did he have other side ventures that helped him reach such a massive net wealth? We investigated his life and career history and here is what we learned.

Jake was born in 1969 in New York City. He grew up in Philadelphia in the Queen Village neighborhood. His father was American by birth and his mother moved to the US from Canada, growing up in North Carolina. His father was a Harvard Medical School graduate and became a physician and pediatrics administrator and clinical professor. Tapper was raised in the Jewish faith and spend many summers in the Poconos at Camp Ramah. Jake was raised in a wealthy family. He attended an independent Jewish day school called Akiba Hebrew Academy. After completing his high school years, he enrolled in courses at Dartmouth College. He graduated with honors including magna cum laude and Phi Beta Kappa in 1991 with his bachelor’s degree in Visual Studies and History. He also attended the USC School of Cinematic Arts, but his time there was brief.

The year after graduating from college, Tapper went to work for Marjorie Margolies Mezvinsky’s Democratic congressional campaign as the Press Secretary. He also later became her congressional press secretary after elected. He also worked for a public relations firm called Powell Tate, in Washington DC. After these early jobs, he worked for Handgun Control Inc. This was a formative period of time for young Jake who was just getting his first taste of the political sphere. This would give him the experience and a little knowledge that would help him later on, as a correspondent reporting on the current news taking place in the nation’s capital.

Jake Tapper began his career in journalism in 1998, starting out as a freelance writer. He worked for the Washington City Paper as its Senior Writer. He earned a Society of Professional Journalists award while working for the firm. Next, he became a correspondent for Salon.com, in 1999, covering breaking news stories in Washington. He received a nomination for a Columbia University School of Journalism online award in 2002 while working for the online news business. His writing skills helped Jake gain exposure for some well-researched articles as well as excellent reporting on timely issues and current events.

His work in television news

Jake was hired to work as a correspondent for ABC News in 2003. He covered some of the major stories for World and National news including the aftermath of Hurricane Katrina, and the conflict that ensued in the Iraq War from his post in Baghdad. Tapper established a strong track record with high-quality reporting on weighty events throughout his years with ABC News, also reporting on news coming out of Washington DC. He was widely respected by his peers and viewers and Tapper earned the Merriman Smith Memorial Award for several years consecutively from 2010 through 2012.

He was hired at CNN in 2013 as the news anchor for the news program “The Lead with Jake Tapper.” His success within the first year of airing was so great that the program won three prestigious awards. Events such as the Oklahoma tornadoes and the Boston City Marathon Bombing were covered. He went on to become a moderator for two of the Republican primary presidential debates in 2015 and again, serving moderator for another in 2016.

Millions of viewers have tuned in to listen to the major news stories that Jake Tapper has reported on from across the globe. He became one of the most popular journalists on the air. While working with CNN he received incremental pay raises for his high-quality reporting. Although we did not have access to his previous earings, we learned that his most recent reported annual salary for his work with CNN was $4 million. In addition to being a correspondent and television anchor, Jake is also a New York Times Best-selling author, which ties directly into his career in the field of journalism. He has had little time in his life to pursue other professional endeavors. Jake has dedicated much of his time and effort into his work as a journalist and reporter.

Jake Tapper is one of the wealthiest television journalists in the nation today. He has paid his dues and put in the time working sometimes under difficult conditions, covering some of the biggest stories of our time. From weather-torn ruins from tornadoes and Hurricanes to the tragedies of war in the Middle East, he has served in the trenches as well as in front of the camera hosting a news show that bears his name. He has finally landed in a comfortable place financially, earning a fortune of millions for the work that he has done for the sake of reporting the events that others are interested in hearing about. There has been little time in his life to pursue other ventures because he has been on the front lines gathering the best possible stories to keep the world informed of important and impactful events as they unfolded. He has made his millions from his career in journalism and he has earned every penny of it. His reporting has been appreciated throughout the years and the award-winning journalist is still a favorite for many who will value his methods of informing the public of the things that affect our daily lives and more.