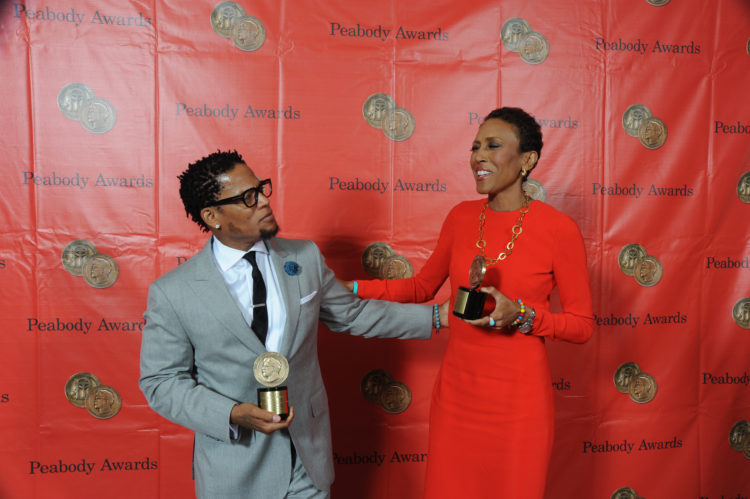 Robin Roberts is a television broadcaster who is best known for her role as the news anchor on ABC’s ‘Good Morning America’, although she is also known for her previous role as a sportscaster on ESPN. Her long career in television has led to Roberts becoming a very rich woman. In fact, it is estimated that she now has a personal net worth of $35 million, says Pop Culture. So, how did this successful woman become so wealthy?

Roberts was born in Alabama on November 23, 1960, and was brought up by her parents to have discipline and determination. She attended Pass Christian High School, followed by Southeastern Louisiana University in Hammond, Louisiana. At the latter, she studied for a degree in communication and graduated cum laude in 1983. As soon as she had graduated from university, Robin Roberts began her career as an anchor. Her first job was as a reporter and sports anchor for WDAM: TV. She worked in this job for just one year before she moved to WLOX-TV in Biloxi, Mississippi. Just two years later, she was on the move again. This time, Roberts landed a job outside of the Mississippi area and moved to Nashville, Tennessee, to become a reporter and sports anchor for WSMV-TV. Between 1988 and 1990, she worked for WAGA-TV in Atlanta, Georgia, as a sports anchor and reporter. At the same time, she was a radio host for V-103.

Robin Roberts got her big break in 1990 when she joined ESPN as a sportscaster, and she held this position until 2005. It was while working for ESPN that she became known for using the catchphrase “Go on with your bad self!”. By June 1995, Roberts had begun to work as a featured reporter for ABC’s ‘Good Morning America’. However, she continued to also work for ESPN for many years, juggling both her roles and she did not leave ESPN to focus on her work at ABC until 2005. At ‘Good Morning America’ she worked alongside George Stephanopoulos as co-anchors, and their partnership led to the series returning to the top of the ratings. During her time at ‘Good Morning America’, Robin Roberts has become known for covering some exciting events and for tackling many controversial issues in her interviews. One of the most exciting events that she has covered was the wedding of Prince Harry to American celebrity Meghan Markle in 2018.
Some of Roberts’ controversial interviews that have become infamous include an interview with Chris Brown and another with Nate Parker. In the Brown interview, Roberts repeatedly questioned him about his alleged relationship with Rihanna even though Brown did not want to bring it up. He had actually agreed to the interview to promote his album ‘F.A.M.E’.

The interviews with Parker was even more awkward to watch. Parker wanted to use the interview to promote his film ‘Birth of a Nation’. However, Roberts was more interested in questioning him about when he was charged with rape. Despite Parker being acquitted of all charges, Roberts wanted him to say whether he believed that he should apologize. Another significant event covered by Roberts on ‘Good Morning America’ was a series of emotional reports following the tragic and catastrophic events of Hurricane Katrina. She delivered these from the Mississippi Gulf Coast. It is Robin Roberts’ ability to cover the big events and to take on controversial issues that has made her such a popular news anchor. It is also probably a factor in how she can demand such a high salary and why she has achieved such significant wealth from her career.

According to ABC News, ‘Good Morning America’ has won four Emmy Awards under the leadership of Robin Roberts. Also, under her leadership, the series has been inducted into the Broadcasting & Cable Hall of Fame and the Sports Broadcasting Hall of Fame. It was also honored with the Walter Cronkite Award for Excellence. She has also won personal awards throughout her career, including the Mel Greenberg Media Award and the Radio Digital News Foundation’s Lifetime Achievement Award. Now, Robin Roberts is the second highest-earning news anchor in the United States. According to Money.com, the only news anchor that earns more than Roberts is Sean Hannity, who reportedly has an annual salary of $36 million for his role as host of Fox News.

Although Roberts is the second-highest paid news anchor, she earns significantly less than Hannity as it is believed that her annual salary is $18 million. She has had several pay rises in recent years and this has given her personal net worth of $35 million a boost. It also means that her personal net worth is likely to rise significantly over the next few years. Most of Roberts net worth of $35 million has been earned through her work as a television news anchor. However, she has also made some money from publishing three books. Her first book, ‘From the Heart: Seven Rules to Live By’, was published in 2007. The following year, she published her second book ‘From the Heart: Eight Rules to Live By’. Her final book ‘Everybody’s Got Something’ was published in 2014. The final book was also released as an audiobook in the same year. The news anchor has also made several appearances on television. This has included hosting the Academy Awards pre-show for ABC in 2009 and 2011. Roberts also made a guest appearance in an episode of Hannah Montana and she drove the Pace Car for the 2010 Indianapolis 500. In her personal life, Robin Roberts has been in a long-term relationship with Amber Laigin, a massage therapist, since 2005. Roberts chose not to reveal her relationship to the public until late 2013. According to Brick Underground, the couple lives together in a luxurious property in Upper West Side in New York.