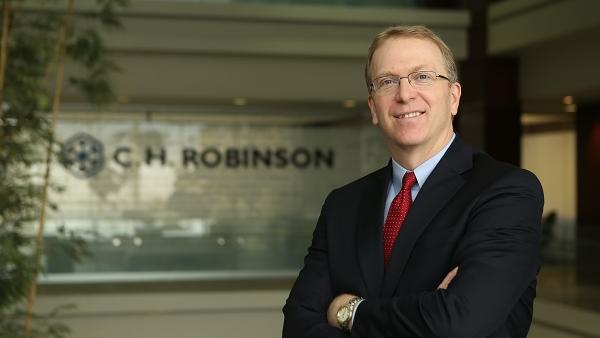 John Wiehoff is the current CEO of C.H. Robinson Worldwide, which is a U.S.-based corporation that specializes in both multimodal transportation services and third-party logistics. Wiehoff has been in his position since May of 2002, meaning that he has played a huge role in leading it to its current position in its chosen markets. Here are 10 things that you may or may not have known about John Wieoff:

For his undergraduate education, Wiehoff went to the Saint John’s University that can be found in Collegeville, MN. It is interesting in that it has a close relationship with the College of St. Benedict in St. Joseph, MN, with the result that the students of the two schools share a curriculum as well as the right to use the resources of both campuses.

In school, Wiehoff studied a couple of subjects. One was political science, while the other was accounting. Generally speaking, accounting is a useful subject for people who want to work in the world of business because it enables them to understand the information presented in financial statements as well as interpret the potential nuances in meaning that can exist.

It is interesting to note that Wiehoff has the right to call himself an accountant, seeing as how he proceeded to get his Certified Public Accountant license. Essentially, such licenses are needed to prove that people calling themselves accountants possess the necessary expertise and experience, which is critical because their accounting work is worse than worthless unless it can be trusted.

4. Used to Be an Auditor

When he was still working as an accountant rather than an executive, Wiehoff is known to have done some work as an auditor. For those who are unfamiliar with the role, auditors look over accounting work to make sure that it has been performed properly, thus providing the intended users with an extra degree of assurance that the information can be trusted.

To be exact, Wiehoff was an auditor at Arthur Andersen from 1984 to 1992. Nowadays, Arthur Andersen has become a name of either no repute or ill repute because of its involvement in the Enron scandal that came out in 2001, but there was a time when it was one of the most respected accounting firms that could be found out there.

In 1992, Wiehoff joined C.H. Robinson Worldwide in the position of Corporate Controller. Said position involves overseeing accountants, so it should come as no surprise to learn that it is a pretty natural transition for an experienced accountant with a solid set of people skills.

7. Has Focused on Automation

Like other executives in the same sectors, Wiehoff has put a huge emphasis on automation, which is perhaps unsurprising when it can both cut costs and reduce the occurrence of errors. Moreover, it should be mentioned that the increasing computerization of business processes has opened up new opportunities for automation. Something that is expected to speed up in the near future.

8. Has Focused on Becoming More Global

On a related note, Wiehoff has also put a huge emphasis on becoming more global, in which he has been helped by C.H. Robinson’s strong position in the North American market. Currently, the corporation has more than 300 offices with more than 15,000 employees, which are situated on the four continents of Asia, Europe, North America, and South America.

C.H. Robinson is one of the biggest suppliers of third-party logistics, meaning that it collects a huge amount of information through its routine interactions with its customers. However, said information is useless unless it can be processed for meaningful insight, which is why Wiehoff has spent considerable resources and is continuing to spend considerable resources to build tools for said purpose.

10. Recognizes the Need for a Human Presence

The interest in Big Data is one example of Wiehoff and his corporation’s belief in the importance of technological advancements. However, he still acknowledges the importance of having a human on hand when something comes up that a machine can’t handle on its own. As such, it will be interesting to see how said belief changes in the future as technological advancements continue to be made on a constant basis.