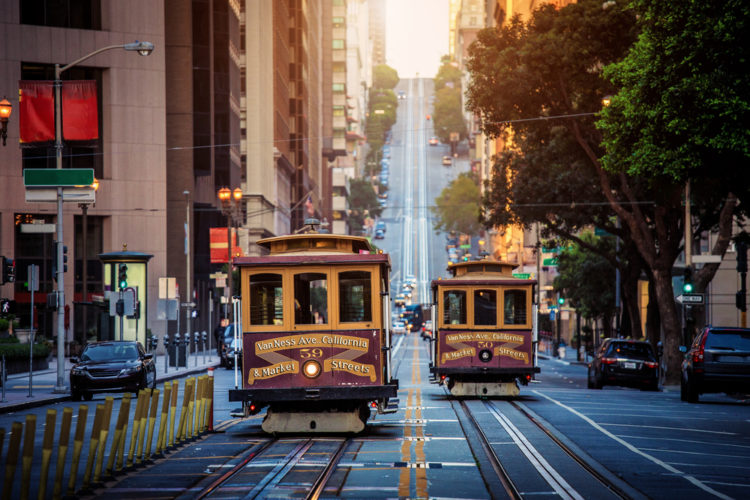 San Francisco is a big, busy city bristling with culture, history, and charm. It’s also incredibly expensive, coming just after New York and Los Angeles for cost of living. Regardless of where you go in the city, you’re going to need a big credit card limit and a fancy job if you want to enjoy the high life. That said, some neighborhoods are infinitely cheaper than others. If you want your paycheck to stretch as far as possible, check out our round-up of the ten cheapest places to live in San Francisco. 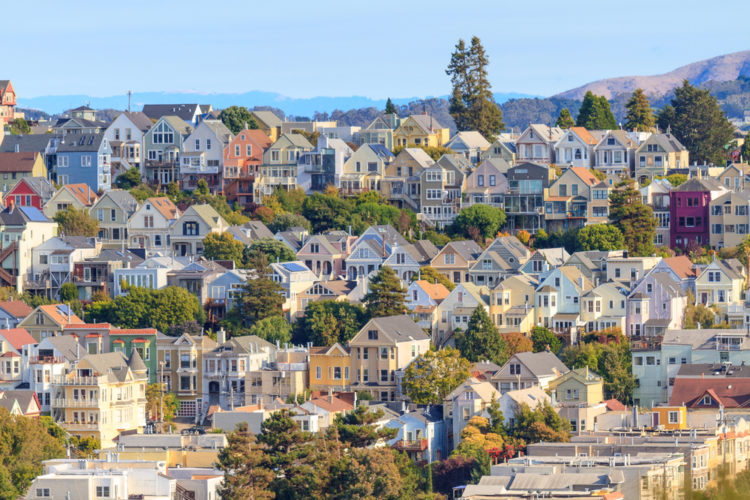 No one is going to say that Castro-Upper Market is a budgeter’s dream. With the average property selling for around $1,067,308, you’ll still need to be pulling in a decent income to afford to live here. Yet despite the fact the average property price is almost $800,000 more than the US average, it still compares favorably to the San Francisco median home value of $1.4 million. With an average median wage just north of $125,000, it’s also got one of the best income-to-home price indexes in the city. 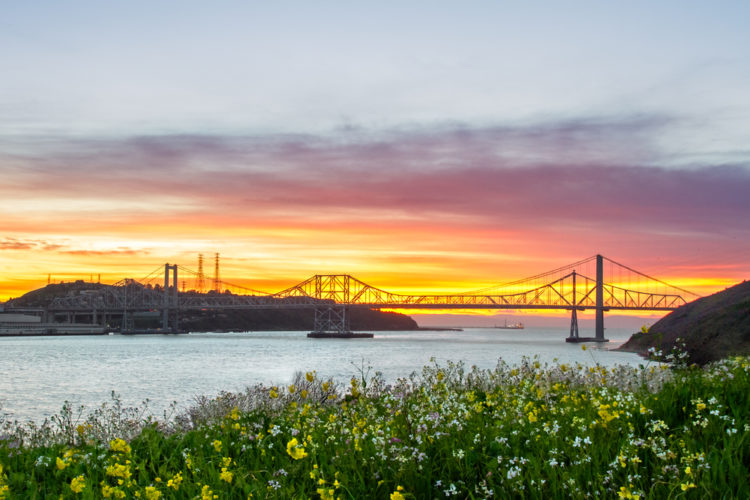 The Bay Area of San Francisco is undoubtedly one of California’s hottest destinations. Packed with entertainment venues, parks, cultural attractions, shops, and restaurants, the one thing you’re never likely to get here is bored. Thanks to its booming tech industry, you’re also unlikely to find yourself short of job opportunities. Unfortunately, all of that comes with a price. Many of the Bay’s choicest neighborhoods are way beyond the means of those on an average income…. but not all. If you’re willing to travel around 30 miles from the center of San Francisco, you’ll find the remarkably affordable bedroom community of Vallejo. Recommended by california.com as one of the Bay’s cheapest areas, Vallejo boasts some of the most affordable rents in the region, with the average one-bedroom apartment costing just $1450. If the cheap rent wasn’t enough to convince you of its merits, attractions like the Benicia State Recreation Area, San Pablo Bay National Wildlife Refuge, and award-winning amusement park Six Flags Discovery Kingdom just might. 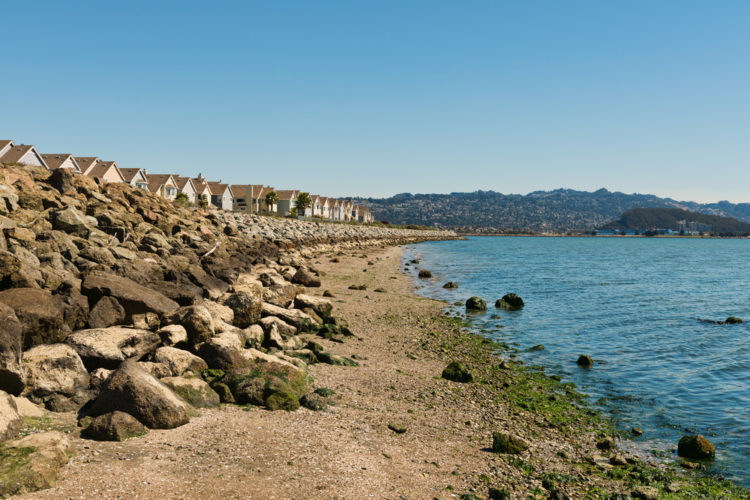 Spanning the entire length of the Golden Gate Park, Inner Richmond is blessed with some great attractions within walking distance, including The Conservatory of Flowers, Cal Academy of Science, and Japanese Tea Garden. It also boasts a great vibe, a diverse community, and some of the best street food in the city. Although rental prices have increased slightly over the past couple of years, it’s still one of the few areas in the city where $3000 will get you a decent 1 bedroom apartment. 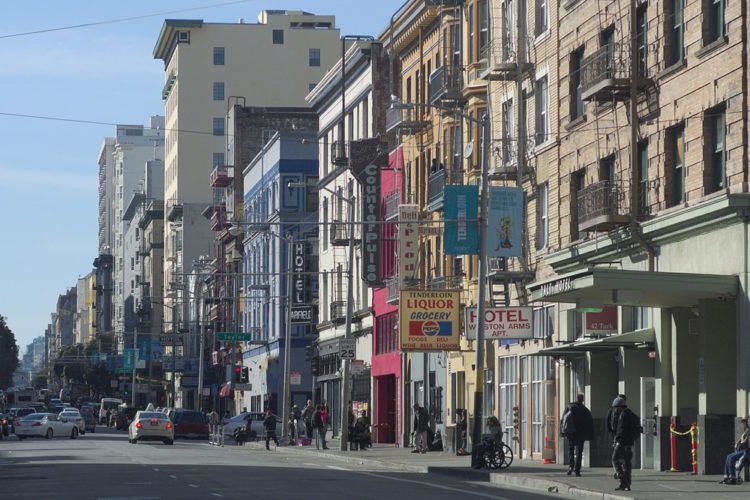 The Tenderloin might not be the most illustrious neighborhood in San Francisco, but no one can deny it’s one of the cheapest. As zumper.com notes, the average rental price has decreased by 4% in recent years, with the result that you can now find a one-bedroom for around $2395. Despite its seedy reputation, the neighborhood isn’t without its attractions. Providing you steer clear of the shadiest streets, you’ll find a good selection of restaurants and bars, along with the legendary Great American Music Hall. 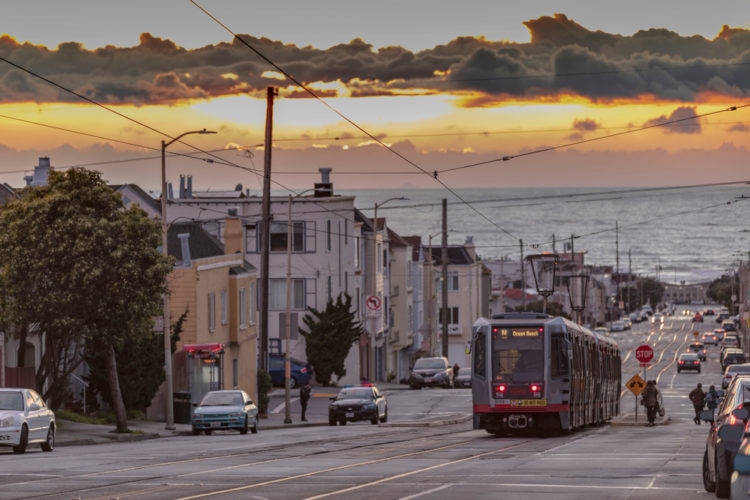 Despite the name, the one thing you’ll be lucky to catch in Outer Sunset is a sunset. Set in the city’s fog bowl, this isn’t the kind of neighborhood you visit for the views. It is, however, the kind you go for cheap rents and an affordable cost of living. Located just a little inland from the beach, the neighborhood is rapidly becoming one of the most popular in the city, thanks to a great range of bars, a diverse community, and, of course, those excellent accommodation costs. 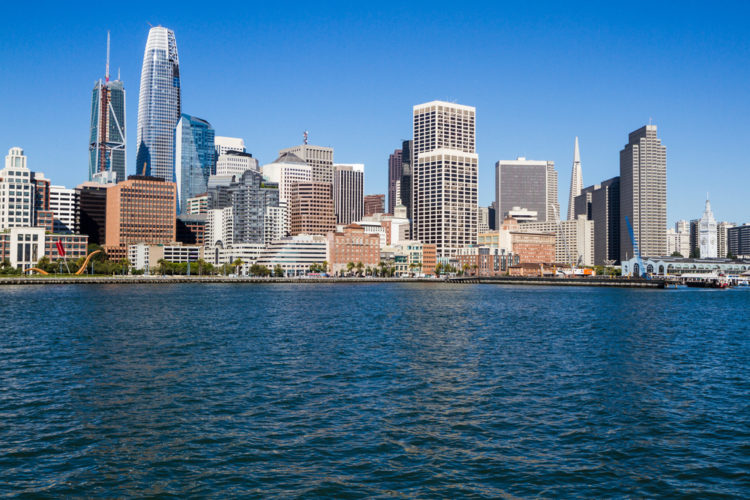 According to Home Snacks, South of Market ranks as one of the cheapest neighborhoods in San Francisco for 2021. This being San Francisco, that doesn’t necessarily mean you’ll be able to get accommodation for a song and everything else for peanuts. It does, however, mean that you won’t have to stretch your income quite so far from one payday to the next. 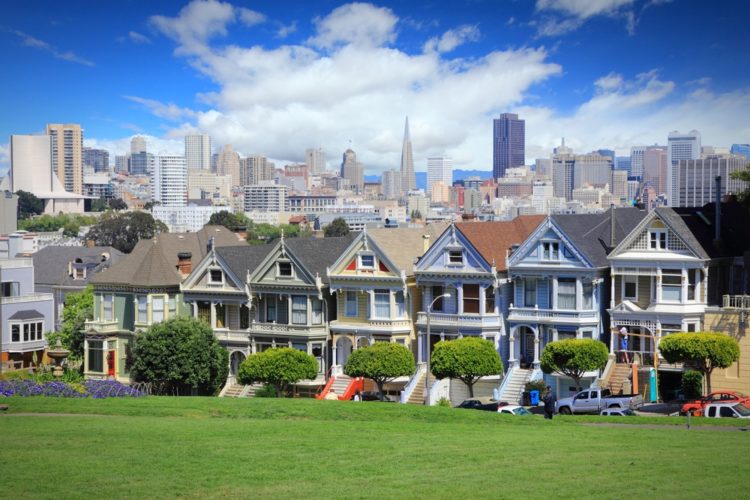 The residential area of Western Addition stretches from downtown’s Civic Center area to Arguello Boulevard. Packed with some great cafes, charming Victorian homes, world-class music venues, and an eclectic mix of shops, it’s managed to escape the trend for gentrification and hold on to its bohemian roots. Not all of its streets are safe – in fact, some of them have a reputation for being anything but. But if you know which areas to avoid and which to focus on, you’ll be able to benefit from some of the cheapest property in the area along with plenty of old school San Fran charm. 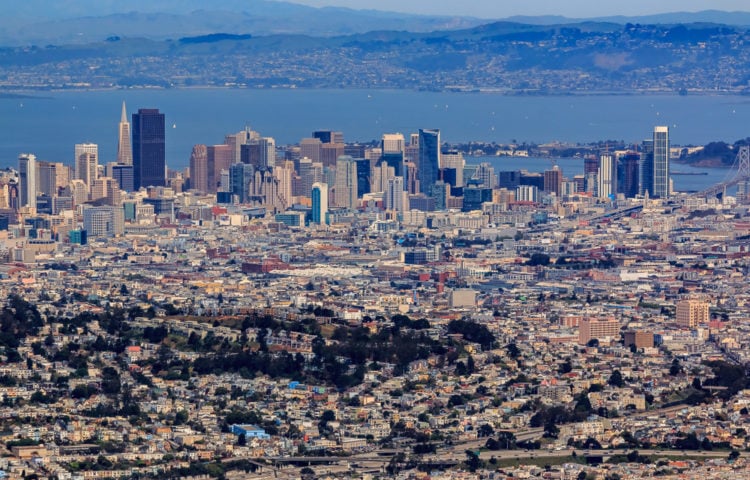 As home to its own Bart Station, Glen Park has long been a popular choice for workers looking to keep the daily commute as short as possible. Yet it’s not only the ease of transportation that makes it a popular choice. Its affordable rental accommodation and reasonable median home values make it a great place for families and singles on a budget. If the low cost of living wasn’t enough to attract you, the leafy, hilly streets and the natural wonder of the neighboring Glen Park Canyon definitely will. 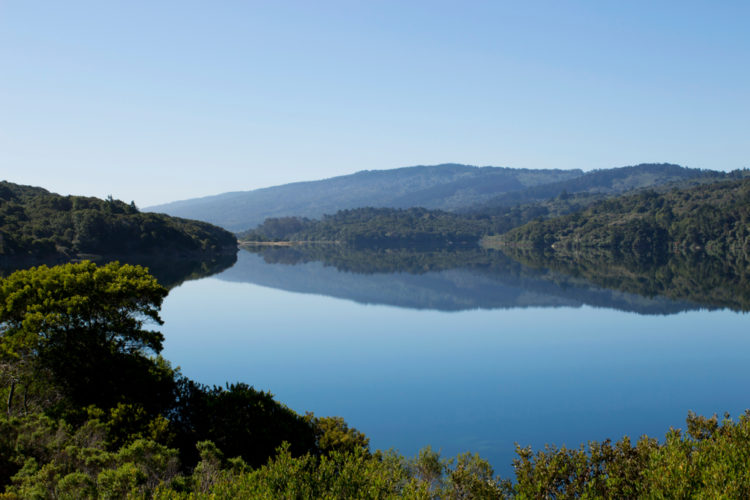 In any other part of the world, Lakeshore’s median home price of $745,567 would be ludicrously expensive. But this is San Francisco, a city where the average property retails at around $1.4 million. The cost of rental accommodation is just as low as the median home price, giving you the opportunity to save some of your hard-earned cash rather than sinking it into your landlord’s pocket. While low property prices are usually accompanied by low incomes, the median household wage in Lakeshore is a very respectable $100,506.

According to apartments.com, the average apartment rent in Downtown San Francisco is $1,962 for a studio, $2,401 for one-bedroom, $3,568 for two bedrooms, and $5,108 for three bedrooms. By San Francisco standards, those kinds of figures make for incredible reading. If you decide to buy rather than rent, be prepared for an even better surprise: the average listing price is just $278,081. On the flip side, the median income is also very low for San Francisco, with most households pulling in a paltry $43,555. 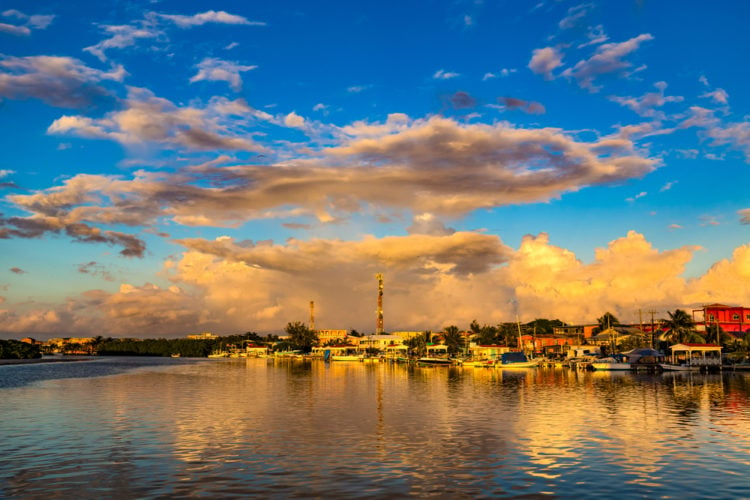 Central America is a great place to visit. Packed with majestic… 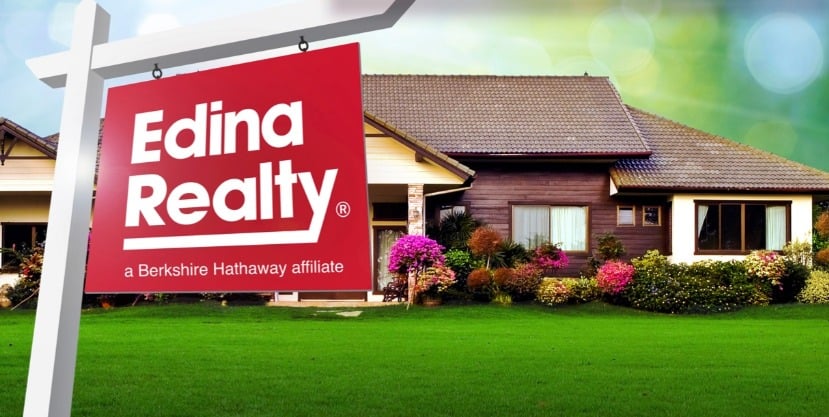 Edina Realty is the 9th largest employer in the city of… 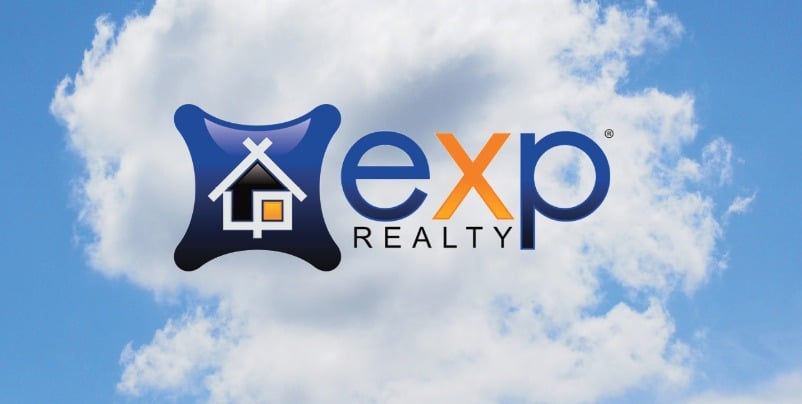 For those who haven’t heard of it, eXp Realty is a… 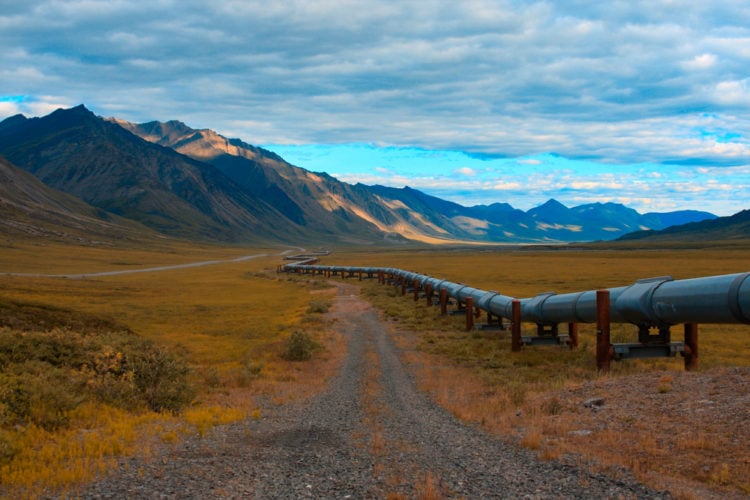 Skyslope is a company that offers digital solutions for professionals working… 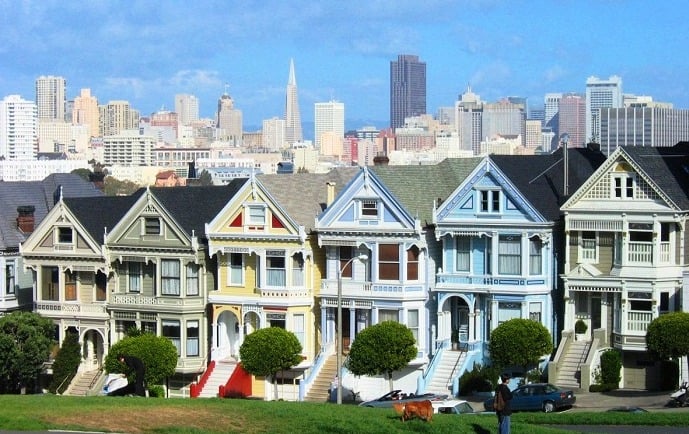