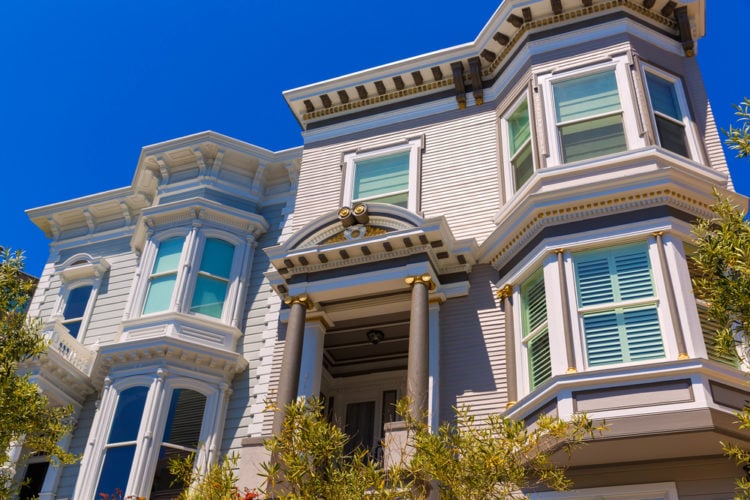 Like any city, San Francisco has plenty of seedy, down-at-the-heel neighborhoods where drug dealing and homelessness are less of a problem and more of a pandemic. But for every Tenderloin, there’s a Potrero Hill, and for every crime-infested no-go zone, there’s a billionaire’s row. If you’ve ever wondered where San Francisco’s doctors, lawyers, CEOs, and hot shots live, then wonder no more. Without further ado, here are the 10 richest neighborhoods in San Francisco. 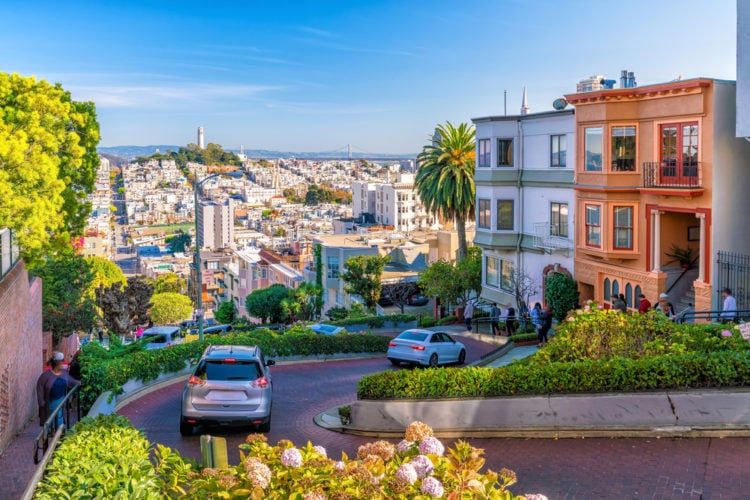 Russian Hill used to be best known as the home of the tourist hot spot, Lombard Street. These days, it’s just as famous for its high prices. If you want to benefit from the neighborhood’s upper-crust appeal, iconic cable cars, and photographic views, expect to part with just short of $5000 per month for a one-bedroom apartment. Fortunately, most residents are earning enough not to have to worry about the bills. 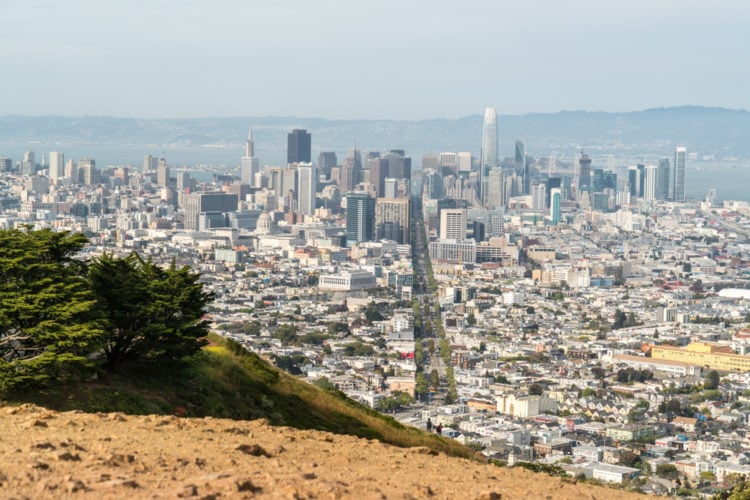 Tucked at the top of San Francisco’s highest point is West of Twin Peaks, an extensive area that covers Balboa Terrace, Forest Hill, Forest Knolls, Midtown Terrace, Mount Davidson Manor, Sherwood Forest, St. Francis Wood, West Portal, Westwood Highlands, and Westwood Park. Exclusive, blessed with stunning views over the city, and boasting plenty of great attractions, this isn’t the kind of place for the frugal. Move here, and you can expect to part with just over a million dollars for a home. On the plus side, the high median home price is nicely offset by the equally high median income of $153,714. 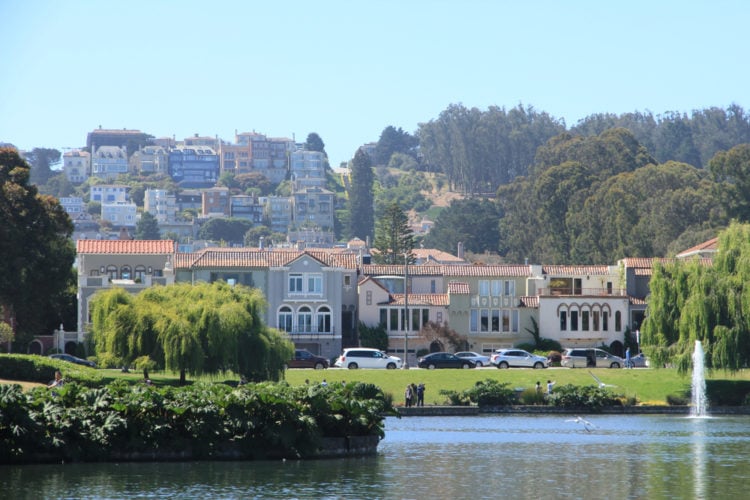 If you want to buy a house in the Marina District, you’d better prepare to say goodbye to a big chunk of your savings. The median home price here is a massive $2,402,845. Rent is a little cheaper, but still significant enough to make you do a double-take. In fairness, few residents will have cause to complain about the neighborhood. Set within striking distance of some of San Francisco’s top attractions (including Pier 39, the Golden Gate Bridge, and Palace of Fine Arts) and blessed with a great selection of chic boutiques, cute cafes, and stylish restaurants, it’s the kind of place where the standard of living is just as high as the cost. 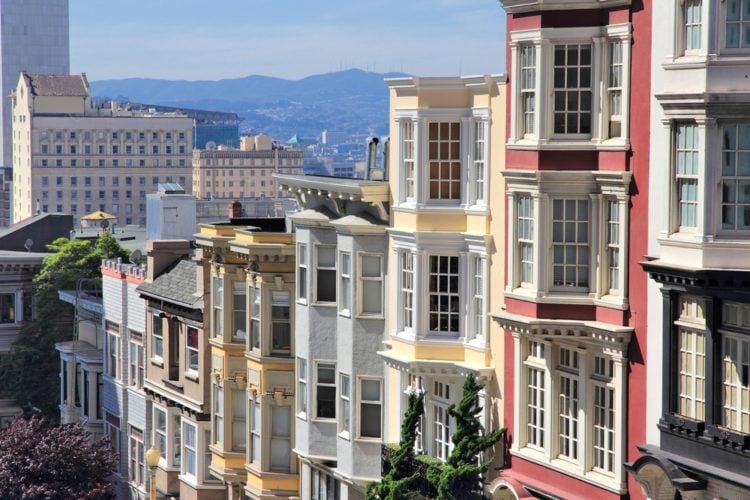 With its classical Victorian homes, stunning views over the city, and easy access to San Francisco’s hottest nightspots and most iconic attractions, Nob Hill certainly isn’t short of appeal. Neither is it short of wealthy residents – or at least, those with enough cash in the bank to be able to afford the $3,823 median rental price. Despite the high cost of living, the neighborhood is surprisingly popular with young families, most of whom seem happy enough to sacrifice a good part of their income in return for living in one of San Francisco’s safest and prettiest areas. 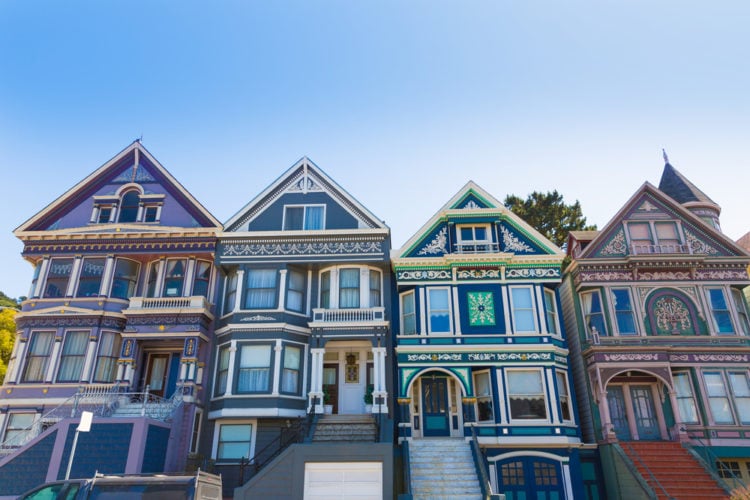 Haight-Ashbury may have been synonymous with free love and a carefree lifestyle in the sixties, but there’s nothing free about this exclusive neighborhood anymore. The vintage shops and chic little boutiques that made it a counterculture dream may still be around, but these days, the cheap accommodation that once attracted hippies is long gone. If you want to live within walking distance of historical attractions like the gorgeous Stanyan Park Hotel, The Red Victorian, and the Doolan-Larson Building (where, according to legend, Jimi Hendrix bought his very first pair of bell-bottoms), be prepared to stump up around $2,700,000 for a home of your own. 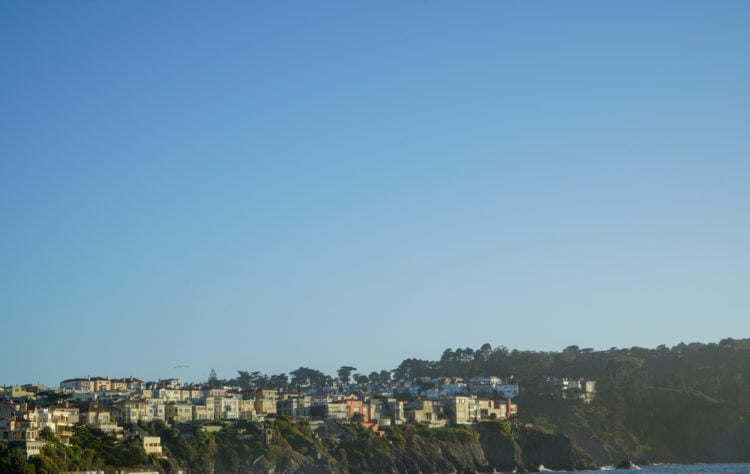 According to california.com, Seacliff ranks as one of San Francisco’s most expensive and exclusive districts. Considering it has a median home price of $4,203,253, it’s hard to disagree with their conclusion. In fairness, the neighborhood has a lot to offer, including impressive waterfront mansions, gorgeous views over the ocean, easy access to attractions like Lands End Lookout, Sutro Baths, and the Legion of Honor museum, and a clutch of celebrity residents…. although whether that’s enough to justify that huge median home price is another question entirely. 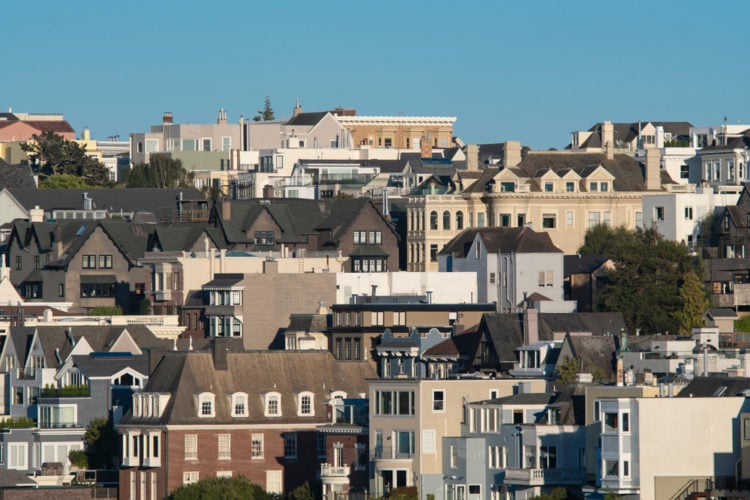 Stuffed with historic mansions, stylish eateries, markets, and boutiques, the peaceful, tree-lined area of Presidio Heights certainly has a lot to recommend it. Chief among its attractions is the vast Presidio park that borders the neighborhood. If you like hiking, biking, golfing, or simply kicking back in nature and relaxing, the score of recreational opportunities on offer at the park will go down a storm. Obviously, none of this comes for free. If you want to enjoy the delights of Presidio Heights for yourself, be prepared to pay big for the privilege. 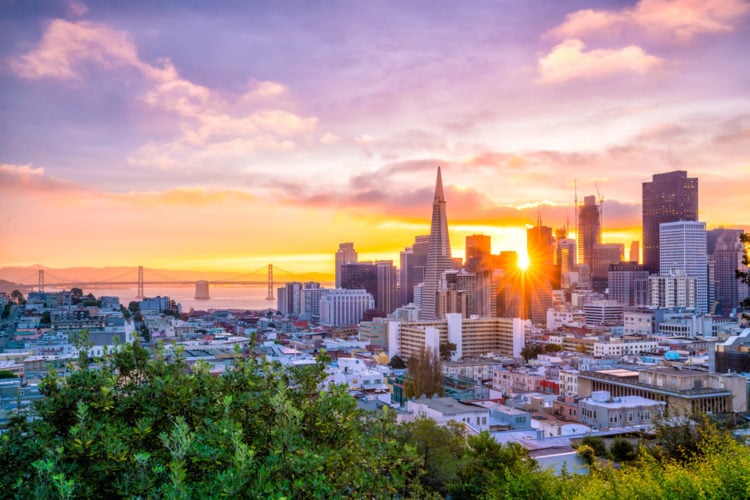 If you like the idea of rolling out of bed and hitting the office while the rest of us are still stuck in traffic, the Financial District might be right up your street. Packed with startups and companies such as Twitter and Salesforce, San Francisco’s financial and business center is understandably a hugely attractive destination for ambitious young professionals. But be warned: if you’re still more ‘up and coming’ than ‘made it,’ you might struggle to find anything other than a makeshift bed in someone else’s apartment. With a median rental price of $4,291 per month, this isn’t the kind of place where your dollar will stretch far. Neither is it necessarily the most attractive neighborhood for families looking for a safe, green area to raise their kids – not only does it have more business headquarters than regular amenities, but it’s also bordered by some of the city’s least desirable neighborhoods, including the notorious Tenderloin. 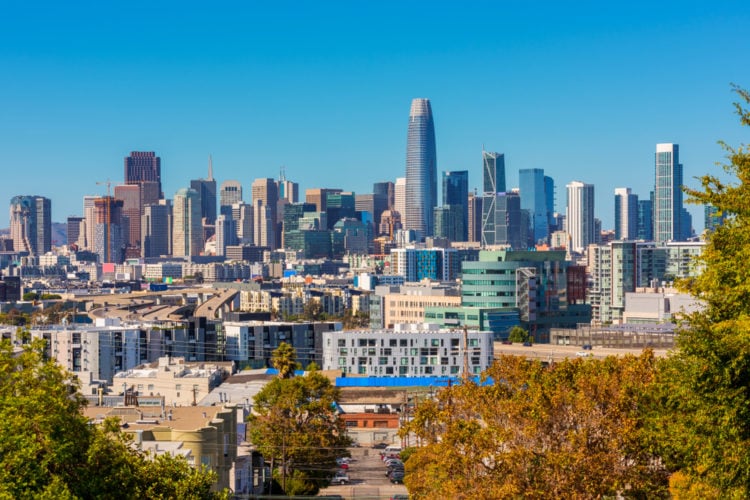 According to HomeSnacks, Potrero Hill ranks as one of the most expensive neighborhoods in San Francisco. With a median home price of $852,064, it’s understandable why. On the plus side, most residents still have plenty of cash left to play with after the bills have been paid thanks to a median income of $162,259.

According to Investopedia, Pacific Heights is one of the most desirable places to live in San Francisco, with sublime views over the city and easy access to the beautiful Presidio national park. Asides from chic boutiques, top-notch eateries, and plenty of green areas, the neighborhood is also home to “billionaires row,” a jaw-droppingly exclusive area that’s home to the likes of Larry Ellison and Marc Benioff. Even if you skip the row and look elsewhere in the neighborhood, you can still expect a hefty mortgage.

How Jason Weaver Achieved a Net Worth of $4 Million