Home
Net Worth
How Larry Ellison Achieved a Net Worth of $54.5 Billion
Prev Article Next Article 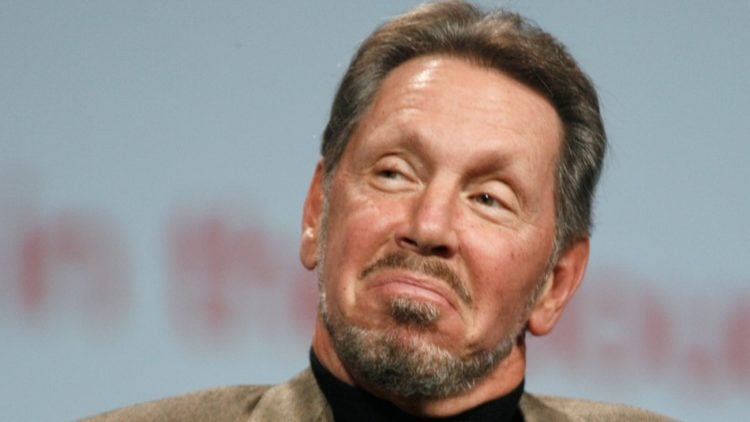 Those who are interested in the world of business should be familiar with Larry Ellison’s name. In short, Ellison is the co-founder of Oracle Corporation. As such, he is very rich, so much so that Forbes magazine estimated him to have a current net worth of $54.5 billion in June of 2018, thus making him one of the wealthiest men in the United States and beyond.

Ellison was born in 1944 to an unwed Jewish mother. Eventually, he was presented by his mother to her aunt and uncle for adoption, which is why he never met his biological mother until he was at the age of 48. Regardless, Ellison has stated that his adoptive mother was a very loving figure in his life whereas his adoptive father was much more austere and much more distant. The couple was Reform Jewish, but while Ellison was raised in that particular branch of the Jewish faith, he isn’t Reform Jewish himself.

How Did Larry Ellison Reach His Current Net Worth?

For a time, Ellison studied at the University of Illinois at Urbana-Champaign. However, this was interrupted by the passing of his adoptive mother, which caused him to miss out on his final exams for his second year at the university. Following this, he winded up at the University of Chicago, which is where he became aware of computer design. From that point, his future was set.

Initially, Ellison spent some time at Amdahl Corporation before moving on to Ampex Corporation, where one of his projects was a database for the CIA that he winded up naming “Oracle.” By 1977, he had founded Software Development Laboratories with a pair of partners, though he was the one who provided $1,200 of the $2,000 initial investment. This is what would become Oracle Corporation, which was named thus because of its flagship product called Oracle Database.

In modern times, Oracle Corporation is a colossus in its particular field. For proof, look no further than the fact that its revenues are counted in the tens of billions. Certainly, it hasn’t had a perfectly smooth path to its present position, as shown by how there have been periods when Oracle Corporation has experienced serious struggle for one reason or another. However, Oracle Corporation has overcome a number of competitors as well as a wide range of threats to emerge as a leading contender, even if it is no longer the uncontested champion like it was in certain periods of its long existence.

Naturally, seeing as how Ellison has held high-ranking positions at Oracle Corporation throughout, it should come as no surprise to learn that he has reaped the benefits of its remarkable rise. For example, he earned close to a million in salary, received a $6.5 million bonus, and received close to another million in other forms of compensation in 2005. Likewise, his compensation in 2008 had a total of more than $84 million, with most of it having come from the stock options that he was awarded. Even now, it should be mentioned that Ellison isn’t just the Chairman Executive of Oracle Corporation but also its Chief Technology Officer, meaning that he retains a very important role in its operations.

Summed up, it should be clear where the chief source of Ellison’s current net worth has come from. However, while the estimates of his current net worth are useful for providing interested individuals with a general idea of his wealth, they are not particularly useful for very long. Simply put, stock prices change on a constant basis, meaning that while the estimates are likely to remain roughly accurate for significant periods of time barring huge movements in stock prices, they are likely to become less and less so over time.

Regardless, Ellison is one of the richest people in the entire world. When Forbes estimated his current net worth in June of 2018, it also ranked him as the fifth richest person in the United States, which in turn, made him the tenth wealthiest person in the entire world. It is interesting to note that Ellison is one of the individuals who have signed the Giving Pledge, meaning that is bound to have an impact on his net worth in the times to come.