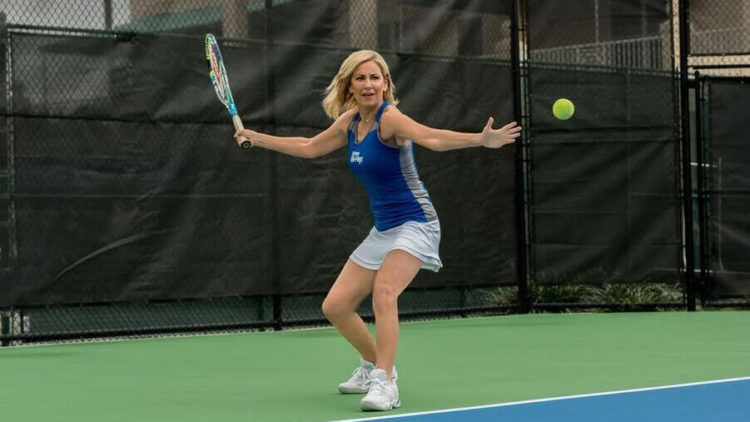 Chris Evert, aka Chris Evert Lloyd is a retired tennis professional who achieved the status of becoming the number one player in the world. She enjoyed a long and impressive career studded with nearly two hundred championship wins and titles throughout the 1970s and 1980s era. Upon retiring from the sport, she went on to forge a new career in business. She is a remarkably talented woman who seems to be good at everything that she puts her efforts into, and here is what she did after leaving the world of pro tennis play.

Her accomplishments in professional tennis

Chris maintained the title of number one as a singles player from 1974 through 1978 consecutively, then again in 1980 and 1981. She is credited with three doubles titles, 18 Grand Slam singles championship wins and a total of 157 singles and 32 doubles titles, ending her career with an impressive record. She was one of the most successful professional tennis players of all time, but she did just as well in her business career after her retirement.

Evert retired from tennis in 1989, but this was the beginning of a new chapter of her life. She is not only a spectacular athlete, but she is also a talented and skilled entrepreneur. Chris developed a line of athletic wear for women called Chrissie by Tail, which has become a successful endeavor. She had always been known for being fashionable on the courts and she had been approached by other tennis players who were interested in having her design tennis clothes that were fashionable for them. She partnered with the Tail Activewear company to collaborate on a new line of tennis clothing and she shared that she is having “a lot of fun” working with them and designing new stylish and comfortable clothing for players.

Chris shared that her father was a great help for her when it came to managing her financial resources. He helped her to keep track of her income and to make good investments in the stock market. He was conservative in his wisdom and many of the investments he guided her to make were into equities and a fixed income portfolio. This was a big boost when the financial crisis of 2008 hit because when so many were losing on their investments, hers remained remarkably stable. One of her many investments and business ventures includes the Tennis magazine in which she has a stake and writes a monthly column for.

Chris is in charge of the Chris Evert Raymond James Pro-Celebrity Tennis Classic, which is a tournament that is held in Boca Raton, Florida. She joined her brother John in establishing the Evert Tennis Academy, which is a place where those who have the dream of becoming professional tennis players can come and train. Evert helps to raise millions of dollars to help support those in need within her local community. We learned that she spends a lot of time at the Academy assisting and training the hopefuls and those who are up and coming in the world of tennis. She gives of her time as well as financially and spends as much as 12 weeks of the year on the road in support of the Academy and its students.

How Chris Evert succeeds at business as she did in tennis

Chris Evert was at the top of her game literally as a professional tennis player, maintaining the number one position for several consecutive years. It is fair to say that when she stepped down, she gave others a better chance of winning titles because she was an athlete who was simply hard to beat. She has moved on in her life to pursue other passions. These include being a mentor for kids who are aspiring to become tennis professionals. This shows that she has a big heart and it also tells us that her passion for tennis is still intense and she wants to see others become successful in the sport. She’s also having a great time designing her own line of women’s activewear clothing. Another of her ventures includes sports commentating for ESPN. She’s doing what she loves and she’s very good at it.

It’s a wonderful thing to achieve massive success at a career, then have the luxury of retiring at an early age, and moving on to pursue other interests. Thanks to her father’s guidance and some wise investments, she’s never really had to worry about finances. Chris Evert retired at the top of the professional tennis arena but didn’t slow down a bit as she moved into the business arena as an entrepreneur. She does a lot to help her local community and she gives back through teaching and mentoring young people who also have a passion for the game of tennis. Evert is having the time of her life, and although she’s no longer active in professional competition, she’s showing others how it is done. She maintains a conservative approach to business and investing, but what we find to be so impressive about her methods is that she’s out there having fun and she doesn’t have to take a cutthroat approach, nor be competitive to achieve success in her sector of the business world. It’s a wonderful thing to look back and have a lot to be proud of but to know that there is so much more than you can accomplish. For Chris, she’s living a life that seems almost too good to be true, but she’s paid her dues and her hard work and dedication in earlier years has allowed her to take life as it comes and do what she pleases now, and that happens to be giving back to others and having fun.