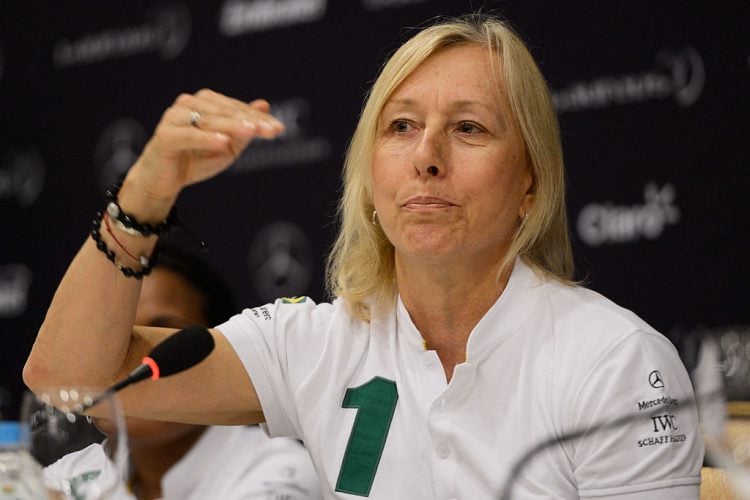 The best tennis players in the world, like athletes in other sports, can make incredible amounts of money. While they make their money by winning their matches in tournaments, many times more money is earned through endorsement power and commercials. Top players with friendly personalities who can also be enthusiastic (and good looking) tend to get the best deals and be named the richest tennis player. While no more than a small number of tennis players will ever reach the top of their profession and become a rich tennis player, those that do stand to become multi-millionaires with plenty of opportunities to increase their fortunes.

Here are the 20 richest tennis players of all-time: 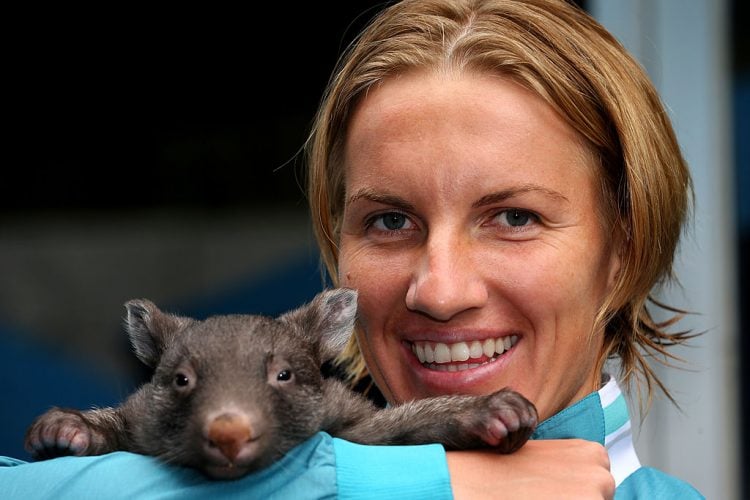 On September 10 of 2007, the Russian-born Svetlana Kuznetsova managed to reach number two in the world, which was a remarkable accomplishment for someone who was still 22 years of age. So far, she has managed to win both the US Open in 2004 and the French Open in 2009 for singles as well as the Australian Open twice in 2005 and 2012 for doubles. In total, Kuznetsova has earned more than $20 million in prize money, but when combined with her earnings from other sources, she is estimated to have a personal net worth of around $30 million. Steffi Graf is a famous name in the world of tennis, which is as it should be because she can boast of a number of incredible accomplishments. For example, she has earned 22 Grand Slam singles titles, meaning that she shares with Serena Williams the honor of having the most Major wins since the Open Era started up in 1968. Furthermore, she is the sole tennis player to have won the Golden Slam, which means winning not just the four Grand Slam singles titles but also the gold medal at the Summer Olympics in the same year. Summed up, Graf is a legendary figure, even if her fortune only tops out at $30 million. 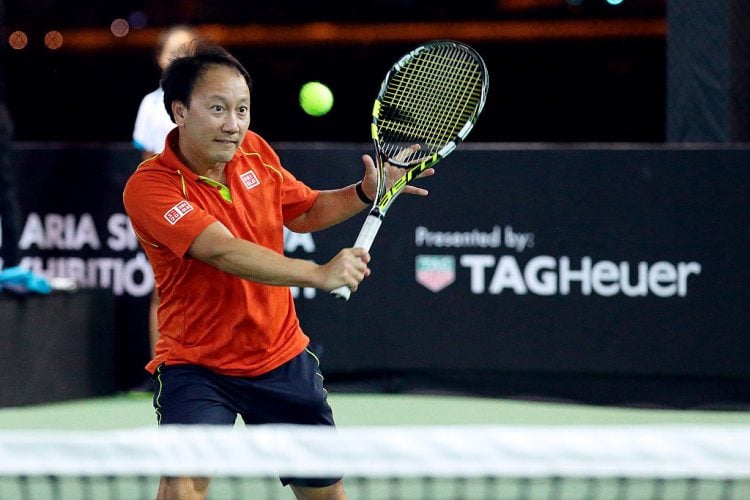 Michael Chang started young, so much so that he actually dropped out of grade 10 after passing his GED in order to pursue his career as a professional tennis player. As a result, he was also the youngest male tennis player to ever win a Grand Slam singles title, which happened when he was 17 years and 4 months old at the French Open in 1989. Although that was his one Major win, Chang was able to become runner-up on a number of other occasions as well as the victor at a number of lesser tournaments, resulting in a net worth of $30 million as well. Andy Roddick has the honor of being the most recent male tennis player from North America to win a Grand Slam singles event, which happened when he won the US Open in 2003. Unfortunately, Roddick soon ran into Roger Federer, which resulted in a lopsided rivalry that saw Federer defeating Roddick in the finals of a Grand Slam singles event on no fewer than four separate occasions. As a result, Roddick retired in 2012 to focus on his nonprofit foundation with a respectable $30 million net worth. In total, Chris Evert managed to win 157 singles events and 32 doubles events, which included 18 Grand Slam singles events and 3 Grand Slam doubles events. As a result, she is considered to be one of the most successful tennis players in the history of the game, particularly since she has managed to reach the finals of more Grand Slam singles event than anyone else. For that matter, Evert boasts an astonishing 89.96 winning percentage when it comes to singles matches, which tops the list for both male and female tennis players. In total, she is said to have $32.5 million to her name. 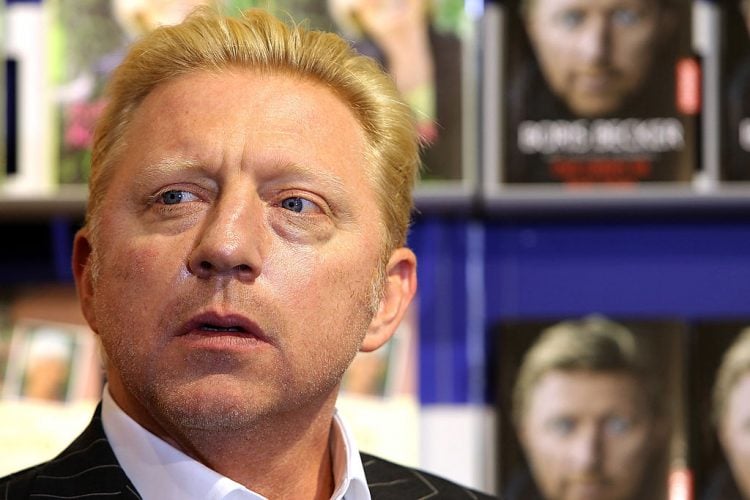 Boris Becker can claim a fortune of $35 million, which comes from an incredible number of wins over the course of his career as well as his subsequent career for the sport that he did so well in. In total, Becker can claim 6 Grand Slam singles victories, 13 Master Series victories, the Olympic gold medal for doubles, and countless others. He still remains a huge figure in the sport as well as influential coach. Having managed to reach the number one position, and hold that position for what appeared to be an eternity, Ivan Lendl is considered to be one of the greatest tennis players to have ever lived. With a wealth of $40 million, Lendl competed in the finals of 19 Grand Slam singles events and won 8 of them. Lendl is remembered for his power while on the tennis court, which was part of the reason that the sport shifted into what is called power tennis today. Li Na is interesting in that she is the first Grand Slam singles champion to have come from East Asia, having won the French Open in 2011 and then the Australian Open in 2014. As a result, she is credited with inspiring a massive increase in the popularity of the sport throughout the region, which could mean more East Asian competitors in the future. Regardless, Li is said to have $50 million in total which is a very high number for someone that hasn’t won a large number of Majors. 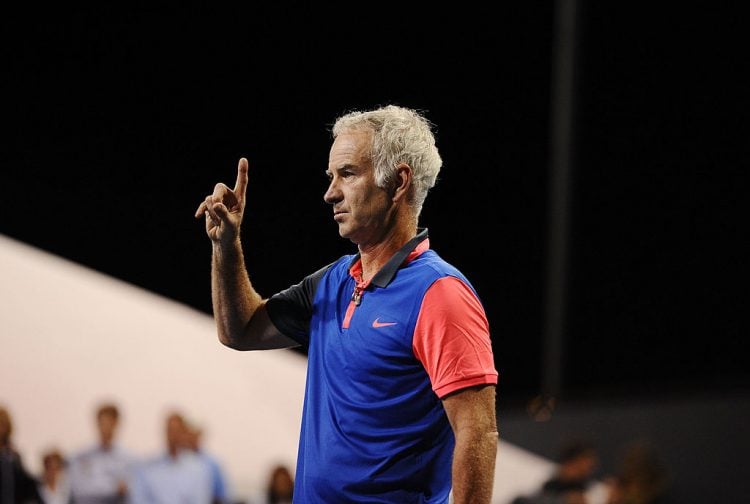 People who started watching tennis after John McEnroe might still recognize him from his stint as a TV personality. To this day he comments on all the Grand Slam tournaments and closely works with one of the best players in the world. Although McEnroe won seven Grand Slam singles titles as well as a number of doubles titles as well, he is best-remembered for his fiery temper as well as his confrontational behavior on the tennis court, which landed him in serious trouble with the umpires as well as other tennis authorities on more than one occasion. With that said, those incidents did much to create his unforgettable image, which has resulted in $50 million in wealth. At the height of her career, Anna Kournikova was so popular that her name was one of the most common search phrases submitted to Google. In spite of this, she never actually won a Grand Slam singles event, though she did manage to win two doubles titles in the Australian Open in 1999 and 2002. Unfortunately, her tennis career came to a premature end because of back and spinal problems, though her other activities, endorsements, modeling gigs, commercials, ensured that she would have a personal net worth of $50 million. 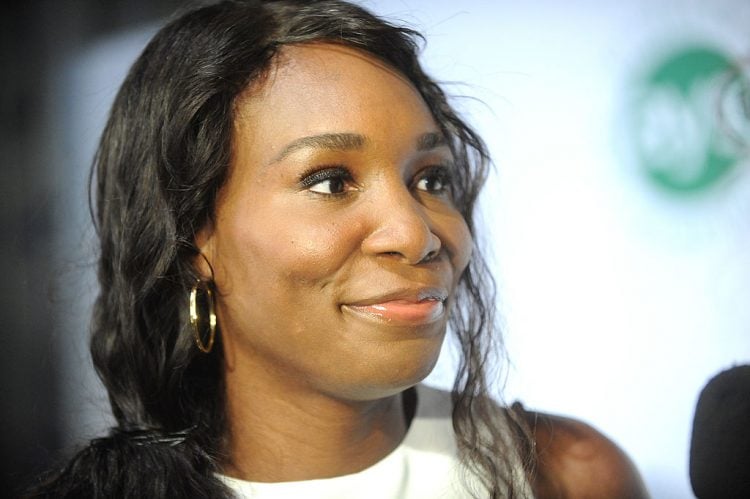 Venus Williams is considered to be one of the most successful female tennis players to have ever come along in the history of professional tennis. After all, she has not just 7 Grand Slam singles titles but also 14 Grand Slam doubles titles which were won in partnership with her sister. Furthermore, she has won an Olympic gold medal on four separate occasions, including once when she won the gold medals for both the singles and the doubles event at the same Olympics. With that said, Williams has a wealth of $75 million. Maria Sharapova is famous for being one of the few women to have won a career Grand Slam, meaning that she has won all four of the Grand Slam singles titles at some point over the course of her career. Furthermore, it is interesting to note that she has won at least one singles event every year from 2003 to 2015, which is an impressive streak that has been matched by no more than a few names. With her winnings as well as her earnings from the rest of her dealings, Sharapova is estimated to have $135 million. Rafael Nadal has earned a reputation for being one of the best tennis players in the world when it comes to playing on clay, though he’s had his fair share of victories on other surfaces. The “kind of clay” won the French Open nine times, which combines with other wins to provide him with 14 Grand Slam singles titles. This is in addition to the gold medal at the 2008 Olympics along with a host of other victories, making it little wonder that he has managed to earn $140 million. In total, Pete Sampras managed to retire with 7 Wimbledon wins, 5 US Open wins, and 2 Australian Open wins, which was a record-breaking 14 Grand Slam singles titles at the time of his retirement. Although he has since been bested in that regard, he is still regarded as one of the best names in the world of tennis, not least because of his other victories in other avenues as well. In total, he is said to have $150 million. At $160 million, Serena Williams is the richer of the two Williams sisters. Furthermore, she is also the more successful of the two Williams sisters, seeing as how she has a combined total of 38 Major wins, which is more than what anyone else has managed to accomplish; something so impressive that some people believe her to be the single greatest tennis player of all time. Finally, it should be pointed out that she has won 4 gold medals, which is also a record but one that she shares with her sister. Currently, Novak Djokovic is considered to be the single best active male tennis player in the world as well as one of the greatest tennis players of all time. After all, he is the eighth person to achieve a career Grand Slam as well as someone who has managed to win Grand Slam single titles on 12 separate occasions. Considering that he is still at the top of his game, it seems probable that Djokovic will rise even higher in the future, meaning that he will not stop at his current personal net worth of $160 million. As the winner of a career Grand Slam as well as 17 Grand Slam singles titles so far, Roger Federer is another legendary tennis player in a long line of them, though he stands out in that he is the male tennis player who has won the most Grand Slam singles titles so far. In large part, this is because he is an all-round tennis player who is capable of outstanding performance on all courts, thus contributing to his enormous success. In turn, this has led to financial success as well, as shown by his $350 million fortune. 1. Ion Tiriac – The Richest Tennis Player Of All Time

Amusingly, the richest tennis player of all time is someone named Ion Tiriac, who is probably not well-known to most people out there. In short, he is a Romanian businessman who was also both a professional tennis player and a professional ice hockey player at one point in his life, though it should be noted that he was good enough to win the French Open doubles title in 1970. After his athletic career, Tiriac started all sorts of businesses in his native Romania, which eventually made him a billionaire with an estimated net worth of $2 billion.