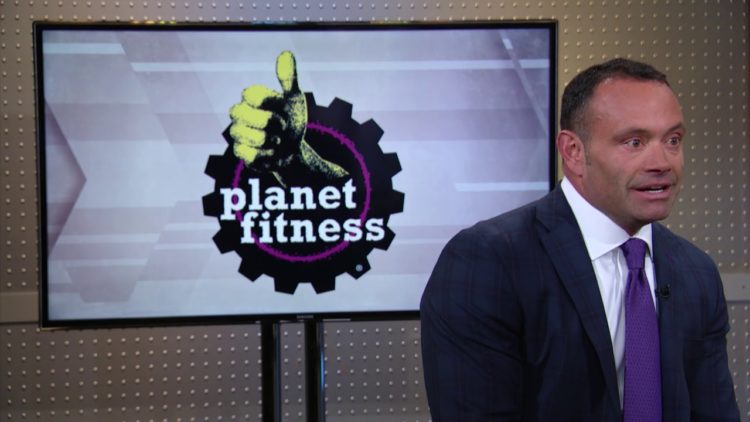 In 1993, Chris Rondeau was manning the desk at Planet Fitness and spending his days wiping up other people’s sweat. Fast forward to 2020, and he’s sitting pretty at the top of a multi-million-dollar empire. Find out how he developed Planet Fitness into one of the nation’s leading health centers (and a lot more besides) with these ten fast facts.

Rondeau was raised in Methuen, Massachusetts. At the age of 14, he took a job busing tables and dishwashing as a way of supplementing his pocket money. By 16, he’d discovered that work paid more than school, and took a job at his father’s pharmacy business. 3 years later, he risked ructions at home when he told his dad he’d had enough of the family business (not to mention his studies) and was going to give up both for a job at a gym. That gym turned out to be Planet Fitness, and while his decision to drop out of college may have seemed risky at the time, it’s fair to say it hasn’t exactly stood in the way of his success.

2. He went from a front desk clerk to a top exec

In 1993, Rondeau took up the lowly position of receptionist and ‘Man Friday’ at the newly founded Planet Fitness. By 2003, the gym’s founders, Michael and Marc Grondahl, had become so impressed with his abilities they promoted him to COO. 10 years later, he was awarded the position of CEO, a position he holds to this day. “I’ve had so many steps along the way from working the front desk to different management roles until I became CEO,” Rondeau told Entrepreneur of his progression from underdog to top dog. “It was like different levels of schooling. I’ve been in almost every position, from the ground floor position to where I am today, so I can relate to all facets of everybody’s positions.”

Rondeau is a stickler for routine… and not just any old routine. If you thought a CEO would take advantage of his position by sleeping late and swiping the best parking space at work, think again. Rondeau starts every morning by rising at the break of dawn, grabbing three cups of coffee (excessive perhaps, but then again, he does get up at 4.30 am), working out for an hour, breakfasting on three egg whites, and then hitting the shower. He’s at work by 7.30 am, and always makes sure to park in a spot as far away from the office as possible – not just to get in the extra cardio, but to make sure he leaves the best parking spots for his underlings. But he’s not a fully signed up saint just yet – at least if the lager-stocked keg-fridge in his office is anything to go by.

Late last year, Rondeau drew ire from the LGBTQ+ community when it was revealed he’d gifted over $1,200 to Trump’s election campaign in 2016. While it seems he’s not repeated his generosity to Trump during his 2020 bid, he did donate to the 2018 Congressional campaign of former New Hampshire State Senator Andy Sanborn, a staunchly conservative politician who’s opposed numerous bills supporting LGBTQ + civil rights, including the (subsequently passed) legislation to ban housing or employment discrimination on the basis of gender identity in New Hampshire. Understandably, the revelation drew outrage among both the supporters and members of the LGBTQ+ community, especially in light of how Rondeau has always marketed his gyms under the banner of acceptance and tolerance.

6. He’s a stickler for good etiquette

If there’s one thing that gets up Rondeau’s nose, it’s people with bad manners – especially if they put those bad manners on display at one of his gyms. “My pet peeve is people who don’t clean up after themselves. Wipe down the equipment after you use it. Put your weights away. Be courteous to the person working out next to you. Just general good behavior,” he lamented to Boston Magazine earlier this year.

7. He doesn’t think social distancing and gyms are mutually exclusive

If you thought the 2-meter rule was a barrier to honing your six-pack, think again. According to Rondeau, working out and keeping your distance isn’t mutually exclusive… providing you work out at a gym that’s taken the proper measures like his, obviously. The Planet Fitness CEO thinks that unplugging ‘every other piece of cardio’ equipment is one sure-fire way of abiding by social distancing rules while still letting people get their sweat on. In the age of the ‘New Normal’, he’s also been taking pains to point out how Planet Fitness has a long-standing tradition of installing “sanitation stations” throughout its premises and encouraging members to clean equipment with cleaning solution both before and after use.

8. He’s built Planet Fitness up from the ground

When Rondeau took his first job at Planet Fitness, it was a fledgling company with more debts than members. Under his direction, it’s grown into one of the fastest-growing health clubs in the US, with an ever-increasing global foothold to boot. Around four percent of the US population are members of a Planet Fitness gym, equating to around 10 million members in total. According to the man himself, the success of the business can largely be attributed to its streamlined business model. ″[We have] a very refined operating model. Not a lot of the fluff, the pools, and the basketball courts, and a lot of heavy payroll. We don’t have the daycare and the juice bars and so on,” he explained to CNBC.

9. He’s got an unconventional approach

If you thought health centers were all much of a muchness, think again. After all, how many gyms do you know that give you a tootsie roll on the way out and dish out free pizzas on Mondays and bagels every second Tuesday? Not many, but clearly, Planet Fitness is cut from a different cloth. And so is its CEO. According to Rondeau, if you’ve put in the effort, you deserve a reward – and if that means splurging on a cheese-soaked pizza every once in a while, so be it.

10. He’s not afraid to be different

Remember two seconds ago when we said Rondeau had an unconventional approach to doing business? We weren’t wrong, as Rondeau himself would be the first to admit. According to the CEO, it’s that exact same quality that’s the key to his, and Planet Fitness’s, success. “The key to success in business is not to be afraid of doing things differently,” he’s explained to investors.com. “Don’t be afraid of going against the grain. When you think of the Apple iPhone, people didn’t realize there was anything better than the flip phones. Apple wasn’t afraid to abandon the flip phone and the competition by creating something new.” So there you have it – if you want to be as successful as Rondeau, dare to be different.