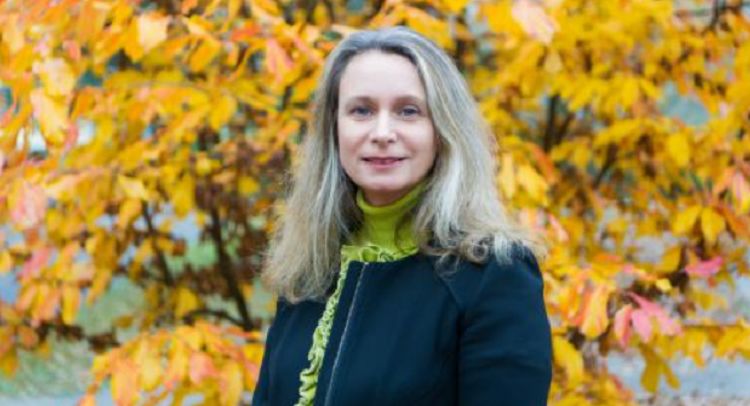 If you Google her name, you’ll come up with information on Claire Smith the archaeologist and Claire Smith the journalist. Neither, however, are the individual we are presenting to you now. Claire Smith is a woman who has not only taken the Vegan lifestyle on, but she has also taken it to an entirely higher level: Investing. She is actually the founder of the first Vegan ETF (exchange traded fund) and has been groundbreaking when it comes to investing for other interested vegans and environmentalists. She is an entrepreneur and investor who has managed to make quite a difference in the financial world, and that means a lot to many out there who are focused on living, and investing in, their very best life. But there is more to the woman that just those things. Here we have decided to get to know Claire Smith better, both for ourselves and for those of you out there who aren’t as familiar with her and her work as you perhaps should be. Below you will find ten facts about Claire Smith and her life and work. We have compiled these facts from a variety of sources we consider credible, and we think you’ll be impressed with what she has brought to the table thus far. So rather than play guessing games, let’s dive a bit deeper into the facts and discover…

Claire is known as one f the main motivators behind ‘Beyond Investing’, an investment platform for the times and the needs and desires of those living a more conscious lifestyle. If ‘Beyond Investing’ is to be defined, it would be as follows: “Beyond Investing is a vegan and cruelty-free investment platform providing access to investment products which adhere to vegan principles and accelerate our transition to a kinder, cleaner, and healthier world.” Claire’s precise role in this consists of her part in the creation of the platform itself, as well as wearing the hat of CIO (Chief Information Officer) for Beyond Impact, an organization which exists to contribute to the bettering of the world.

2. To Better Discuss the Platform…

As we’ve discussed, Smith is major contributor to the creation of Beyond Investing’s investment platform, but what’s the scoop on that, anyway? Well, it’s called the ‘US Vegan Climate ETF (exchange traded fund), and it runs under the ticker VEGN (If in the US, United, Kingdom, or Switzerland will follow ticker VEGAN, or US Vegan Climate index. All of the financial professionals involved, including Claire, are vegans. It shows in their business model, which tosses out any stocks which do not meat the standard of the vegan/climate-conscious lifestyle. But they don’t stop there; they put stocks which do meet set standards in the place of those eliminated. In short, the fund doesn’t involve themselves with corporations that exploit animals as part of the model for their business. This way of doing business has managed to garner much attention for Claire Smith.

3. What About Beyond Animal, and What is Smith’s Role?

And…there’s more. There’s also ‘Beyond Animal’, a digital platform which, according to BeyondAnimal.com works to ‘accelerate the growth of the ethical, cruelty-free, sustainable economy (this means animal-free products and services that span across the globe). Claire Smith’s profound involvement with this platform is rooted in her desire for a healthier, cleaner, and kinder world for the future. She also acts as CIO, Chairwoman, mentor expert, and IT strategist, as well as being a technology and finance expert.

4. Vegan Interests Aside, What Other Experience Does She Have?

When it comes to Claire Smith’s financial/investing experience, vegan and cruelty-free investing is simply her focus of choice. The fact of the matter is that she has an extensive background in investing and finance that includes working with the most well-known and reputable investment houses and banks, and she has done in-depth research regarding hedge funds, as well as acting as a structurer, broker, and marketer of derivatives; in addition, she has experience in credit analysis. Obviously, her vegan interests simply give her a more specialized ability to serve the needs of those she advises who share similar ideals.

While sources are a bit shady as to her precise living location, we narrowed it down to her being ‘based’ in Geneva, Switzerland. With her work focus including Switzerland, Britain, and the United States we can pretty much guess that she has to jet around the globe fairly often, but from the way it sounds, Geneva is home.

Sure, we gave you a quick rundown of her resume, but here’s more specific information on positions Smith has held in the past. She previously worked for Albourne Partners as partner, shareholder, and research analyst. During her time there she also spearheaded a project which digitized the company’s database and research process. Prior to that she did specific hedge fund research for London funds and she has also had over 100 articles published by the financial press. She began her career with Chase Manhattan Bank as a credit analyst.

As you have likely guessed, Claire Smith didn’t just wake up one day with the know-how and/or experience to do the things she has done. Factually speaking, she attended Imperial College in London, where she studied to earn her Master’s in Chemical Engineering and Management. With all things educational and professional things considered, we’d have to say that the lady most definitely knows her stuff. Enough, at the very least, to take finance and investing down a brand-new path.

Work isn’t everything, of course, but it seems that with Claire Smith even her outside interests consist of participating in things that inspire change and world improvement. For starters, she put on a total of 7 galas which resulted in raising a million bucks for charity. In addition to the galas, she put on around 93 more events that contributed; all of this she did while on the London Board. She is also the founder of 100 Women in Financed, which is based in Geneva, which began in 2007. Since 2013 she has sat on the AVVEC board of directors, which is a Switzerland-based charity that provides resources and support to those who are victims of domestic violence. Very noble pursuits, all, and her fine education and experience have managed to provide her with the perfect outlet for making a difference apart from work.

With so much on her plate it seems far-fetched to think that she ever has time to relax, but she wouldn’t be able to give her job her best unless she did. According to her Facebook profile a 2018 post shared a song she had written entitled ‘No One Should Die.’ She comments that it is ‘a song I wrote which describes my philosophy in respect of life and eating and using animals in every way’. Inspiring, to say the least, but it seems that even when she is taking time to herself she is being creative. Seems she can do just about anything she sets her mind to, as well.

If you’re interested in finding out as much as you can about Claire Smith, Beyond Investing, Beyond Animals, or any other sibling company she and her green investing associates have you can check out all that plus some sound financial advice by simply checking her out on YouTube in any one of many videos she has uploaded for the purpose of guiding those interested in how to invest green. She also manages to give you much insight into what, exactly, the motivating factor is regarding her ETF. These are great resources for the newest vegan and the seasoned pro alike.

Well, if you didn’t know her before you certainly know her better by now. Claire Smith is definitely one with a vision for the world that takes motivation resulting in action, but it’s about more than investing money…its essentially about making the world a better place. We think she’s doing a great job, and many who turn to her for guidance and advice agree. If getting involved in investing you don’t have to feel guilty about at the end of the day, take a closer look at what this woman has to offer. 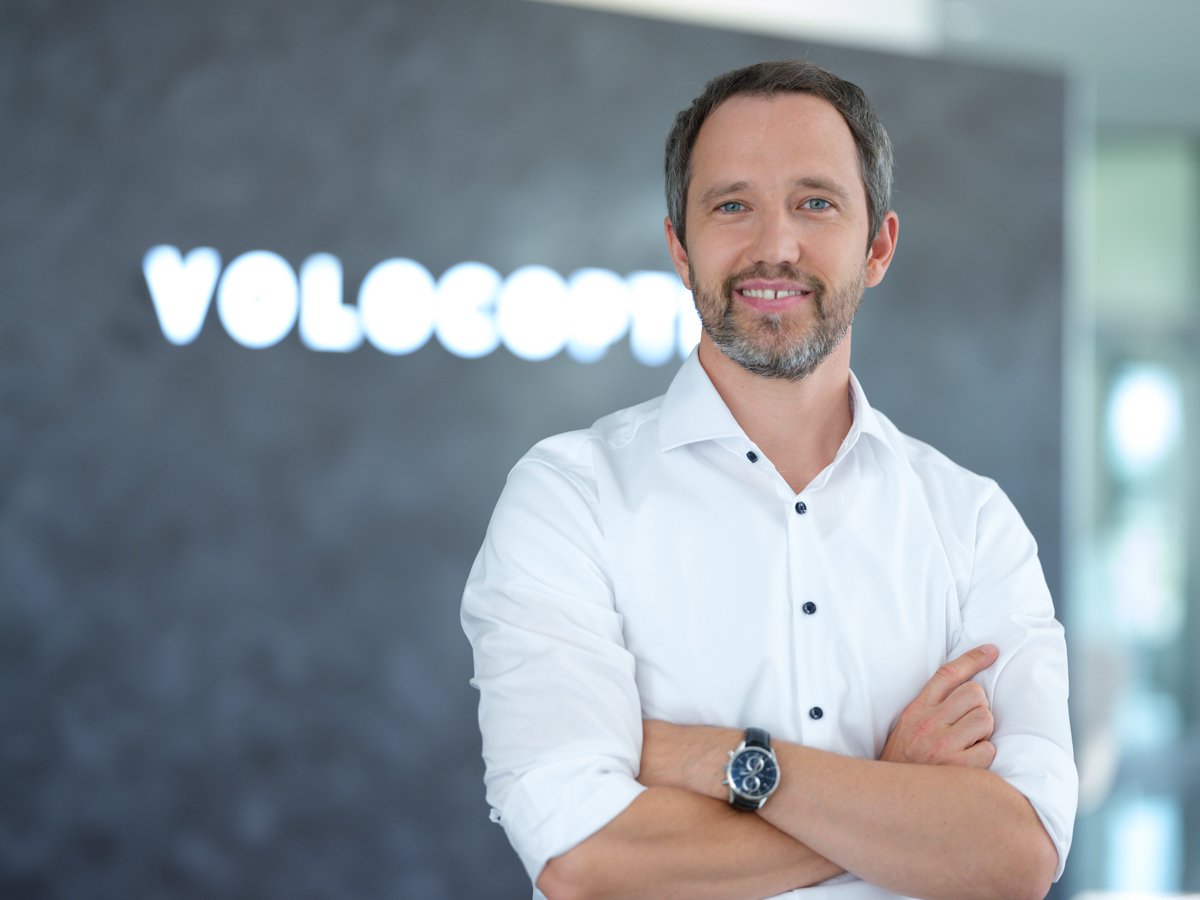 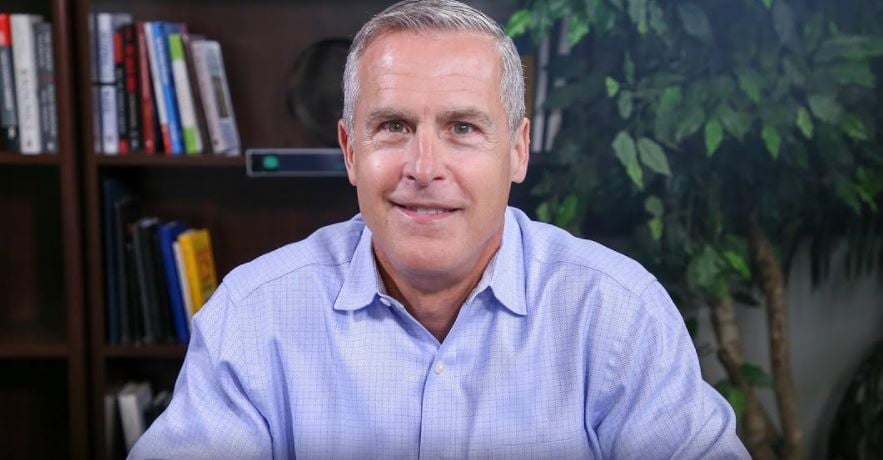 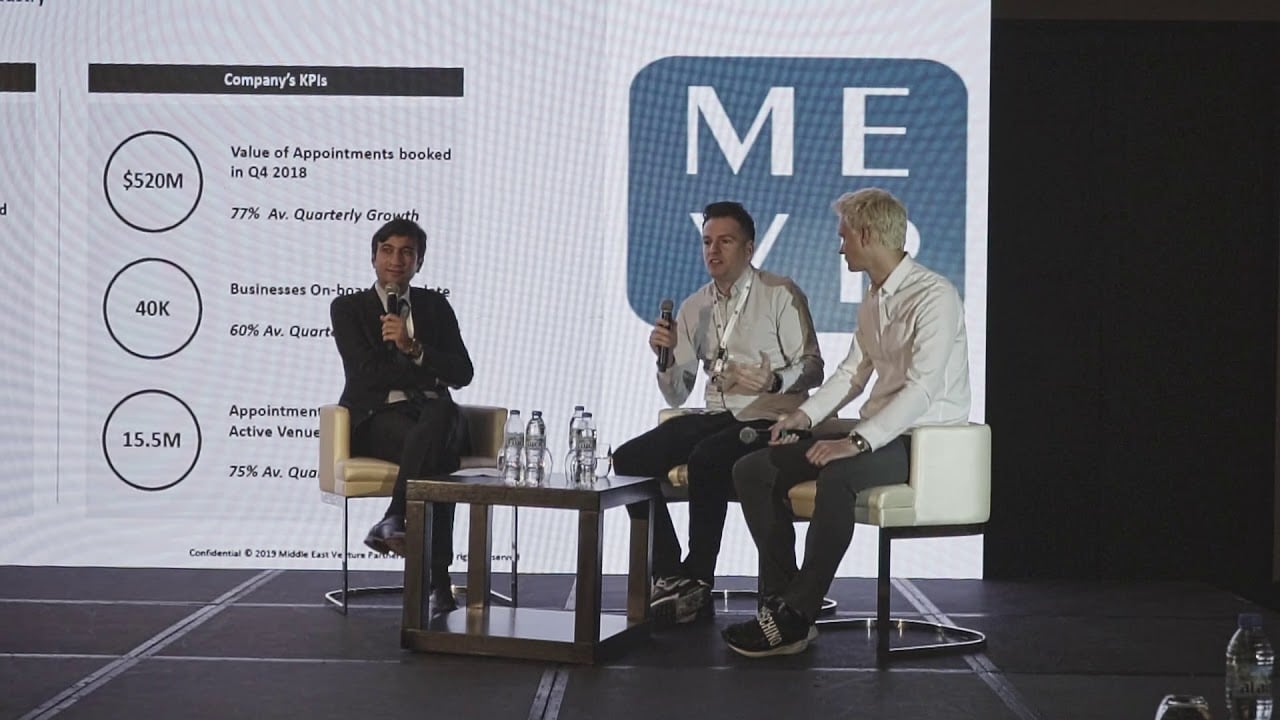 William Zeqiri is a jack of all trades, and it appears that he is a master in most of them. Having worked for many companies and been an investor in a plethora of businesses, companies,… 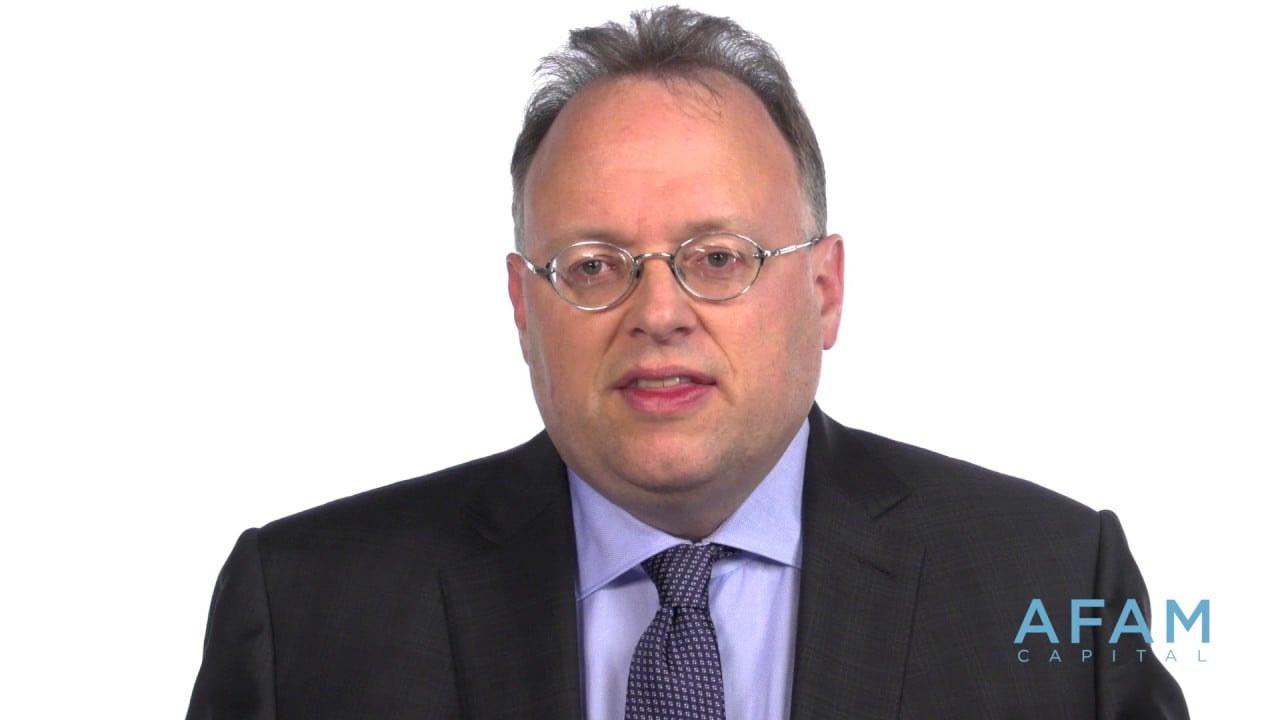 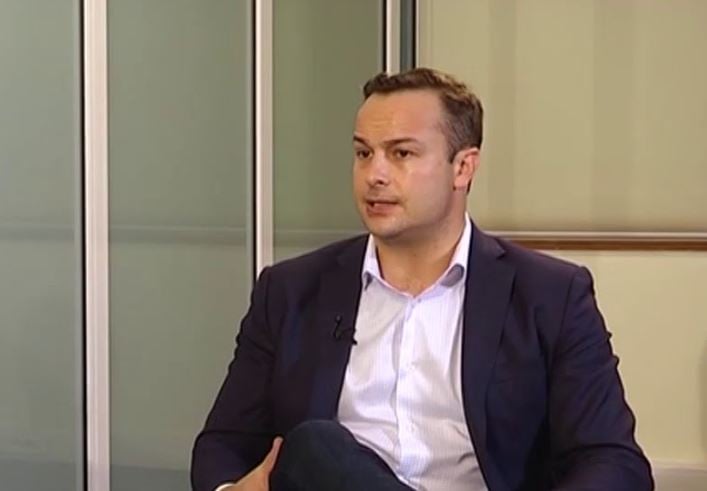 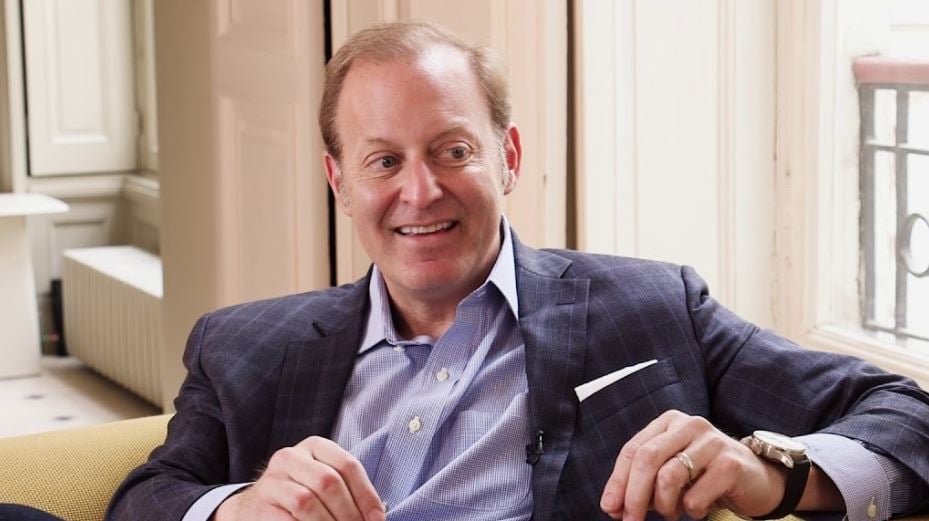