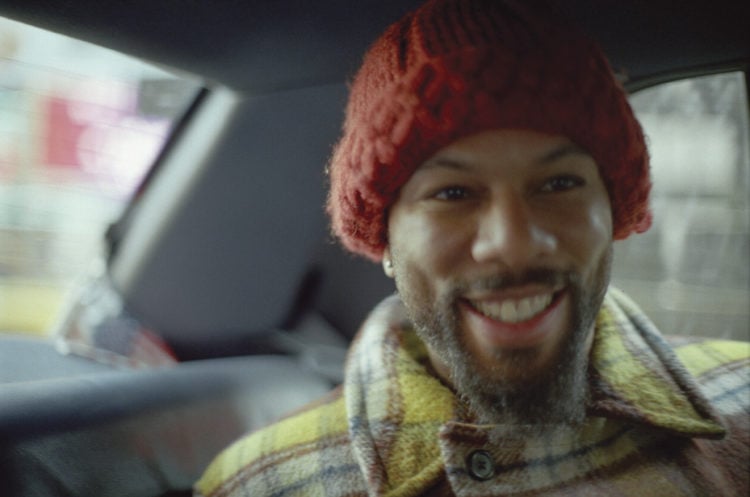 Common is an American entertainer who is best known for his rap music as well as his acting. He was previously known as Common Sense, but has since shortened his stage name. He is one of the richest in the industry, having amassed a net worth of an estimated $45 million, but many are wondering, how he did it. We were curious as well so we checked into his history and his career. Here is what we learned about him an his highly successful career and journey in the business.

Common was born as Lonnie Corant Jaman Shuka Rashid Lynn, in March of 1972. His parents were both successful professionals. his mother is Dr. Mahalia HInes, an educator and his father is a youth counselor and former ABA basketball playeer. His parents divorced when he was young but both parents were actively involved in young Lonnie’s life, and as a teen, Lonnie was helped by his dad to secure a part time job with the Chicago Bulls.

He built a solid foundation

Lonni attended college at Florida A&M University in the business administration program. He spent two years at the school which gave him a good foundation in the principles of business. This helped him to prepare for the career that he would embark on in the music industry. Lynn made his debut in the music industry with the single release “Take it EZ” in 1992. After the single, he followed up with his “Can I Borrow a Dollar?” album. Lynn remained underground until later in the decade after he teamed up with the Solquarians. While the underground album was good experience, his real success in the mainstream came when he released his major label album titled “Like Water for Chocolate” in 2000. He went on to win several major awards including Grammy’s for Best Rap Performance and Best Album. He signed with several different labels throughout his rap and hip hop career.

Common made it big in the music industry as a rapper, but he has not been limited to a single talent or profession. In addition to being a rap singer, he is also a musician, a writer, a poet and a voice actor. he’s a multi-talented guy who also has a good head on his shoulders when it comes to business. Although much of the fortune that he now enjoys has been made in the rap business, other professional endeavors have also helped to contribute to his financial health.

Another part of Common’s success as an entertainer is as an actor. He’s made appearances in some big films including ‘New Year’s Eve,” “Happy Feet Two,” as a voice actor, “Date Night,” “Amerian Gangster,” “Now You See Me,” and “The Odd Life of Timothy Green.” He has more than a dozen appearances to his credit, which has helped to boost his popularity and establish an even larger fan base, which promotes the films he’s in as well as his music.

Lynn’s work as a model and influencer

In addition to his wildly successful career in music and film, Lonnie has also worked in the modeling industry. Many of his fans don’t know that he was a Gap Model. He’s promoted a lot of big name products as an influencer for top brands such as NBA 2K8, BlackBerry, Microsoft and Diesel. With his reputation, Lonnie was perfectly suited for this line of work and although it’s not his primary career, he became successful in this line of work as well.

Lonnie Lynn is also a very caring and generous celebrity. He has done very well in his life and he wanted to pass his good fortune on and share it with others. He established a foundation which he called the CommonGround Foundation. The Focus of the organization is to bring resources to inner city youth within the city of Chicago, Illinois. The foundation targets high school students and provides them with mentoring that will help to prepare them for college. In addition to the promotion of academics, the organization also teaches students the importance of creative expression and development of the character, healthy living, nutrition and financial literacy. These are all components of a well balanced person and Common feels that this is the best way that he can become a part of the solutions for kids who lack these resources. He also makes the time to speak throughout the nation to give motivational and inspirational talks to American youth. Lonnie is joined by his mother in this noble effort.

Lonnie Lynn, also known as Common, is a very rich man with a $45 million estate, but this is not the only way in which his wealth overflows. He’s a humble and benevolent soul who truly cares about those around him. When it comes to acting, modeling, writing or rapping, he’s highly talented and it’s made him wealthy and money is not something that’s a concern to him. He has the vision to see the plight of those around him and he responds in kind to make the world a better place by helping those in need and making a real difference in their lives, not only with funding for special assistance programs, but also by taking action and giving of his time and himself. The source of his tremendous wealth started with his success as a rapper and it just seemed to branch out from there into several disciplines. He serves as an inspiration, a motivator and a powerful role model for those around him. While there are some talented professionals who struggle to make a name for themselves in just one sector, Common has done well in quite a few different areas. We’re certain that he’s paid his dues and it’s taken him a lot of hard work and effort to get where he is today. He’s one of the rare celebrities that makes getting rich look too easy.