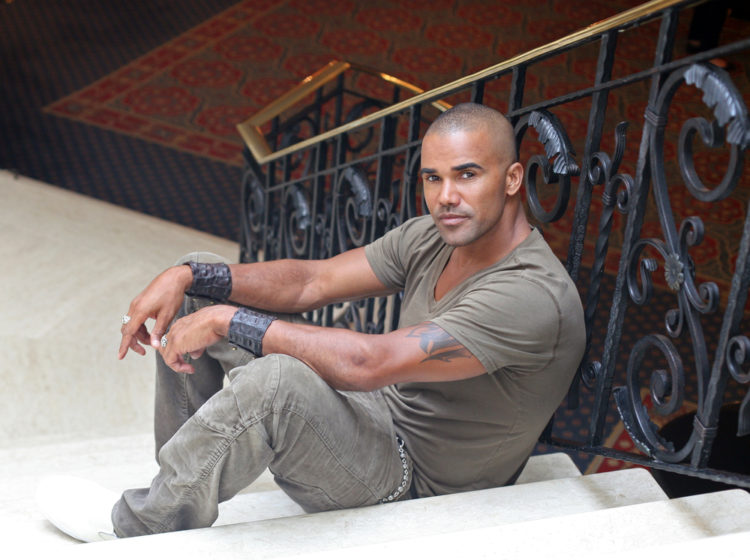 Actor, model, and one-time host of Soul Train, Shemar Moore, is a man with a unique name, a three-decade Hollywood career, and more money in the bank than you might credit. By all accounts, the man who rose to fame as Malcolm Winters in “The Young and the Restless” is now one of the highest-paid actors on TV. Even though he never intended to get into acting at all, the decision has clearly paid off. If you’ve ever wondered what your favorite TV stars are paid, find out now as we delve into Shemar Moore’s life, work, and mammoth net worth.

What is Shemar Moore’s Net Worth?

Shemar Moore has been in the business for 3 decades. He’s revered for his roles in the likes of “The Young and the Restless”, “Criminal Minds”, and most recently, “S.W.A.T.” None of that comes without its rewards, although just how big the rewards have been in Moore’s case might surprise you. In fairness, no one’s hacked into his bank account to find out the exact state of his finances. But if the researchers at Celebrity Net Worth have done their homework, we can take a good stab at his current net worth. According to the reports, Moore is currently worth a massive $22 million, making him one of the highest-paid stars on TV. How did he make it? To find out, we’ll need to travel all the way back to the 1990s.

Moore was born in Oakland, California, on April 20, 1970. When he was still an infant, Moore’s mother decided to move herself and her baby son to Bahrain, citing civil unrest and racism in 1970’s California as the reason. When he was four, the family moved to Denmark, where they resided until moving back to the US in 1977. After graduating high school, Moore studied Communication at Santa Clara University. While he was at university, he decided to use his good looks to his advantage by doing the occasional spot of modeling. It proved lucrative, and after graduation, he signed up to New York City’s DNA Model Management. But by then, another career path was beckoning. Although he’d never really considered acting as a professional career, Moore had always had an interest in the field, even minoring in Theatre Studies at university. After deciding to test out for a few parts, he won the role of photographer Malcolm Winters on the CBS soap opera “The Young and the Restless” in 1994. From there, the only way was up.

After making his TV debut on “The Young and the Restless” in 1994, Moore spent the next 11 years with the show, eventually calling it a day (albeit temporarily – he’s returned on numerous occasions since) in 2005. During his time on “The Young and the Restless”, he made appearances on numerous other TV shows, including “The Jamie Foxx Show” (1996), “Arliss” (1997), “Chicago Hope” (1998), “Moesha” (1999), “Malcolm & Eddie” (1999), and “Birds of Prey” (2003-2004). If Moore was hoping for a bit of a rest after leaving “The Young and the Restless,” his prayers went unanswered. Within just a few months of leaving our screens, he was back on them playing Derek Morgan in “Criminal Minds.” He stuck with the show for 11 seasons, eventually making his exit in March 2016. Less than a year later, CBS announced that Moore had been cast as one of the leads in its remake of the 1975 TV show, “S.W.A.T.” 4 seasons down the line, Moore is one of the show’s biggest stars.

While he’s best known for his TV work, Moore has also dabbled with film acting. Some of his most notable performances have come in the 2004 film “Motives” and the 2005 romantic comedy, “Diary of a Mad Black Woman.”

Unbeknown to many fans, Moore was once the host of the iconic dance competition series, Soul Train. He hosted the show all the way from 1999 to 2004, busting a few moves of his own while introducing the various R&B, soul, dance, pop, and hip hop artists to appear.

Like many, Moore has invested a good portion of his income into property. In July 2020, he made a small loss on his investment when he sold his home in Encino, California, for $2.4 million. He’d bought the property ten years previously for around $2.5 million. He also owns a $5.8 million, 9,000 square foot estate in Sherman Oaks, California.

When he’s not appearing on our screens, Moore spends a good portion of his time running his retail company, Baby Girl LLC. Interesting fact: the company’s name is based on a phrase that his character, Derek Morgan, became known for on “Criminal Minds.” Despite the company turning a good profit, Moore doesn’t actually see any return himself: as per Wikipedia, all profits are used to fund research into multiple sclerosis, a cause that’s been close to Moore’s heart ever since his mother was diagnosed with the disease.

After three decades of working in Hollywood, Moore is now sat on a giant nest egg of $22 million. Although he’s made a nice little sum from modeling, most of his wealth derives from his career-defining roles in the likes of “Criminal Minds” and “S.W.A.T.” According to Cheat Sheet, he makes a whopping $175 thousand per year just from “S.W.A.T.” Considering he’s still occasionally turning up on “The Young and the Restless”, earns fees for his talk show appearances, brings home a producer salary from “S.W.A.T.,” and has a healthy film career to his name as well, it’s easy to understand where his giant net worth has come from.