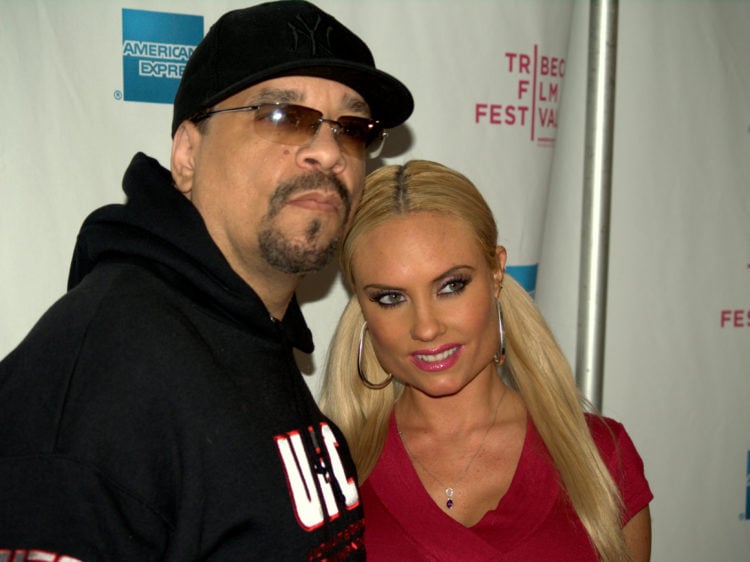 His family knows him as Tracey Lauren Morrow, but you probably recognize him better as the rap sensation, turned film star Ice T, who eventually wound up doing a long term stint on Law and Order SVU. He didn’t always make the right decisions, but he had his reasons for acting out in his youth, and more importantly, he grew out of that phase. It’s been a long road to get there, and he didn’t always have millions in the bank, but Morrow earned his way with every savvy move. Here’s how Ice T achieved a net worth of $40 million.

Born February 16th, 1959, in Newark, New Jersey, T.L. Morrow is the son of Alice and Solomon Morrow. For many years a rumor circulated that his parents died in a car accident, but that’s not what happened. His father was a successful conveyor belt mechanic. When he was a child, the family moved to Summit New Jersey, an upscale area where he would first become aware of racism because of comments made by his white friends, who may have made assumptions about T.L’s race due to his naturally lighter skin tone.

When he was in the third grade, Morrow’s mother passed away from a heart attack. For a few years, his father raised him as a single dad, with the help of a housekeeper. It was during this time that T.L. first really acted out. He stole bike parts one year to create his own bicycles but didn’t get in trouble for it. Unfortunately, when he was twelve, his father also passed away, and Morrow would spend the rest of his youth living with aunts and uncles.

Eventually, he landed in Los Angeles and went to Crenshaw High School, which was a predominantly black school where gang activity was on the rise. Though he was associated with the Crips, Morrow never formally joined. He also didn’t drink or smoke, though his friends did. It was here that he would join his first band (The Precious Few of Crenshaw High School), and gain the nickname Ice T, though the two things were not related to one another.

The Early Career Choices of T.L. Morrow aka Ice T

After high school, at seventeen, he began getting checks from the death of his father. It was enough to rent a small apartment, but not much else, so he hustled, selling pot and doing other illegal side jobs to support himself and his pregnant girlfriend, but it wasn’t enough. Once his daughter was born, Ice T joined the military.

For the next four years, he was in service as a soldier and squad leader. He got in a little trouble here and there, even spent some time as a pimp in Hawaii while still in the service. However, his burgeoning interest in hip-hop and rap, combined with his income and interesting contacts at the time, allowed him to buy and learn to use turntables.

During the ’80s, Ice T may or may not have been a bank robber. If so, he certainly must have been good at it because he wasn’t caught. He spoke about it to Adam Corolla in 2012. We can’t confirm anything beyond the fact that he said it, and clearly, he knows exactly what Statutes of Limitations are for. He also certainly spent some time robbing jewelry stores. Additionally, he started working as a DJ for parties but got more attention for his rapping. This was when his music career truly began.

After seeing his friends arrested, and getting into a car wreck, T.L. Morrow decided that a life of crime wasn’t where he wanted to be. In 1982 he met record producer Willie Strong and by the next year, Ice T had recorded his first electro hip-hop singles. For the next several years, he was an underground sensation. Sadly, due to the hardcore nature of his lyrics, radio stations wouldn’t play his music.

It wasn’t until Seymour Stein of Sire Records heard him that Morrow would finally get a major record deal. In 1987 he released his debut album Rhyme Pays. In spite of criticism, racy album cover disputes, a rivalry with LL Cool J, and misclassified songs among other problems, Morrow has been making music ever since. That’s not his only source of income, but between his criminal activities and his music, T.L. Morrow must have made more than a few bucks. We don’t know how much of those early earnings he saved, but the hits keep coming, so some of his current net worth is from album sales.

Though his first two roles were in 1984’s Breakin’ and Breakin2: Electric Boogaloo, Ice T’s serious acting career began in 1991 with his roles in New Jack City and Ricochet. Since then, he’s been a part of dozens of movies and TV shows, of which Law and Order is the longest-running recurring role. He also starred in a hilarious Geico commercial in 2016.Additionally, Ice T is well known in the Reality TV community for his work in Ice T’s Rap School, York Preparatory School, and Ice loves Coco, with his wife, Coco Morrow. Beyond his film and television roles, Morrow has been a part of a couple of documentaries like Chris Rocks’ Good Hair (2009). He’s done voice acting work in numerous video games like Grand Theft Auto: San Andreas, where he played Madd Dogg, and Balex in Borderlands 3.

Ice T may have started out as a criminal, but he’s worked hard to get away from that life without ever losing touch with his roots and where he came from. It’s not hard to see where the money comes from if you follow his path from the military until now. Luckily for him, and audiences everywhere, he managed to turn things around and find a better path to fame and fortune. We can’t wait to see what he does next.