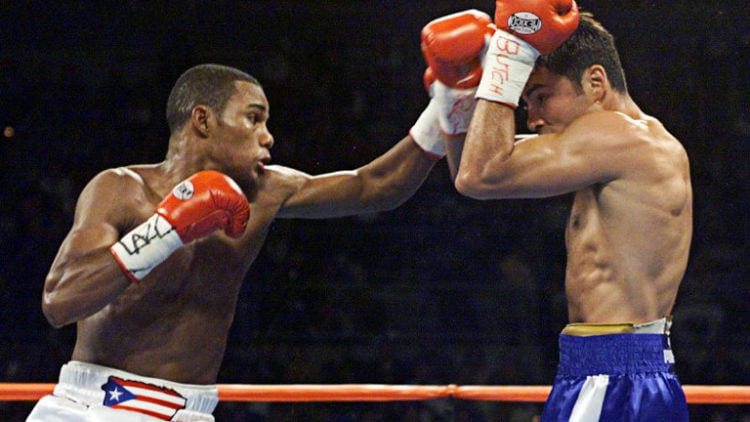 As one of the wealthiest boxers to ever enter the sport, Felix Trinidad enjoys an astounding amount of wealth that today hovers around $30 million. Many people might wonder how in the world he was able to earn so much money in a sport that is notorious for people being able to endure for only a few short years. Part of the secret to this success was the fact that he debuted as a professional boxer when he was only 17 years old. His hometown is Fajardo, in Puerto Rico. You might say that he has known nothing other than boxing since he was a child. He began training as a young teen and wold develop the skills that he needed to become a world champion in three different weight classes. This would earn him the designation as being one of the best boxers that Puerto Rico has ever produced, which puts him in some very good company, to say the least. While each fight that he was in obviously earned him some money, there must be more to his success. Hanging onto $30 million is no easy feat. Continue reading to learn how he was able to do it.

His Life and Boxing Career

One of the secrets to the success that Felix Trinidad is that he was able to box professionally for an astounding 18 years. Part of this is because he turned professional so young, at 17 to be exact. You might know Felix Trinidad by his nickname of Tito. As a teenager, he was fortunate enough to win five different amateur championships inside his home region of Puerto Rico. That would certainly get him known within boxing circles, and it would enable him to become a professional so early in life. This would enable him to start earning some of that $30 million that this piece is about.

As he began to box professionally in 1990, it would only take him three years to win his first-ever world championship. This would come at the hands of Maurice Blocker, who he defeated to win the IBF welterweight championship. This would start off an astounding record of welterweight title defenses. He would notch 15 of those to be exact, which would earn him a place in the history books as the boxer with the second most such title defenses. He also holds the record for the long reign as a champion in the welterweight division. That would an astounding total of more than six and a half years. To be exact, it was 6 years, 8 months, and 14 days. During this entire time, he was defending his title and earning money at the same time.

One of his claims to fame came back in 1999. That was when he was actually pitted against Oscar De La Hoya for the WBC and Lineal welterweight titles. He would defeat De La Hoya, and now Felix Trinidad was truly a household name in the boxing world. He would go on to even greater pursuits in the boxing world after that. In 2000, Felix Trinidad would take the unified WBA and IBF light middleweight division titles by defeating Fernando Vargas. Not long after that, in 2001, he defeated William Joppy in a hotly contested fight. That would get him the WBA middleweight title. As you can tell, the belts just kept coming his way.

Up until this point, Felix Trinidad had not lost a single bout. That would actually come against Bernard Hopkins in 2001. That would hit Trinidad quite hard and he felt that it was time to hang up his gloves. He would retire from the sport for the first time, but that would only last three years. He made a return to the boxing ring in 2004. This is when he would defeat Ricardo Mayorga. That would be followed up by a defeat at the hands of Winky Wright in 2005. It was at that point that he would retire again.

Felix Trinidad apparently has boxing in his blood, as he would make yet another comeback. He would come back in 2008 to fight Roy Jones Jr. but would lose. This would be only the third loss of his career, and it would turn out to be his last. He has not fought again since, but his wealth has been earned and he continues to accumulate money.

When Puerto Rican sports journalists and analysts begin to talk about the greatest boxers of all time, Felix Trinidad is frequently in the conversation near the top. There is a good reason for this. His record speaks for itself. He won an impressive 42 bouts out of 45. The first decade of his career saw him go undefeated. Of his 42 wins, an astounding 35 of them were by knockout. This is the stuff that boxing fans and television audiences love. Felix Trinidad was rewarded not only with a ton of prize money but with endorsements as well.

Back in 2000, Felix Trinidad was named the Fighter of the Year. This is an award sponsored by The Ring Magazine and by the famed Boxing Writers Association of America. This indicated that he had arrived in the boxing world. Beyond this, he is now number 30 in the ranking on the list of the 100 greatest punchers in the history of the sport. That would make sense given then the number of knockouts that he had. Another award in 2002 had him becoming the 51st greatest fighter in the sport of boxing for the past 80 years. This was quite an accomplishment, but the culminating honor was him being inducted into the illustrious International Boxing Hall of Fame. He is only the 10th Puerto Rican to ever make it into this select group. This all combines to explain where Felix Trinidad accumulated his net worth that currently stands at $30 million.