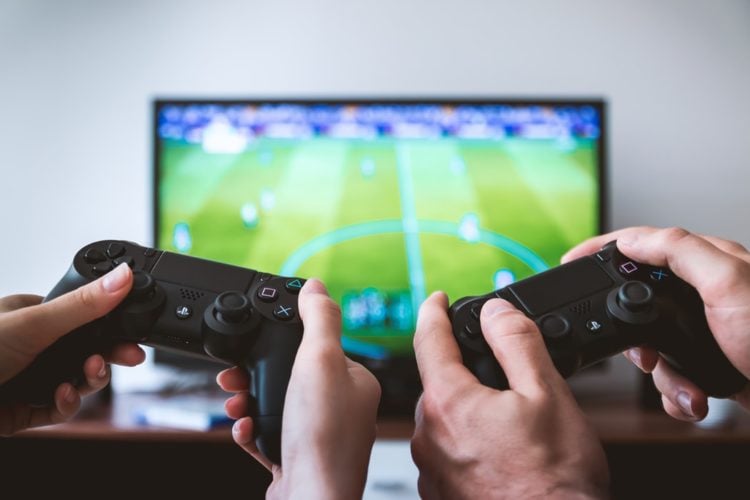 Child gadget addiction is something that is becoming worse as the years go by. Children no longer want to go out and play or interact with others because they are always glued to their gadgets such as phones, tablets, and games. Some parents and caregivers, on the other hand, depend on devices to “soothe” and keep children company when they are busy or do not want kids to “disturb” them. It is a significant concern among parents, teachers, and the society at large because it comes with more negative effects than helpful ones.

The corporate scene has also jumped on the bandwagon with Apple investors urging that action needs to be taken to curb gadget addition among the young ones. Two groups who collectively control $2 billion worth of Apple shares are asking iPhone manufacturer’s to do something in regards to the ever-growing smartphone addiction among kids highlighting concern about effects of the devices as well as social media on the young ones.

Jana Partners LLC based in New York have partnered with CalSTRS (California State Teachers Retirement System) to write an open letter to Apple. The two teams insist that the giant tech company must offer more tools and choices that will help youngsters fight off the addiction they have to its products. The letter explained that developing consensus around the globe and Silicon Valley states that potential long-term consequences of new technologies must be factored in at the outset and it should not be the responsibility of a single company to do this. Apple can step in to play a defining role when it comes to signaling industry players to pay closer attention to development and health of the younger generation which at the end will not only be the right thing to do, but it will also help to boost business.

Another proposal that the groups have to Apple is that the company should be on the front line to establish an expert committee when developing products. These team should include child development specialists who will be in charge of offering Apple researchers as much details as they need to help improve the software they use on their mobile devices so that parents and guardians can access plenty of options that will help in protecting the health of children.

To emphasize their point, the letter the teams wrote had citations of some studies as well as surveys that reveal how heavy use of social media and smartphones can negatively affect a child’s physical and mental health. Examples of such include when a young one is not able to concentrate on their studies because of the distractions digital technologies bring to the classroom. Sadly, these are also known to be the cause or increased risks of depression and suicide.

One such study done by researchers hailing from the University of Alberta discovered that a majority of teachers agree that students suffer negative distractions by using digital technologies when in class. Three out of four scholars reported that ability to focus on various educational tasks reduces. Research also reveals that teenagers who spend at least five or more hours on electronic devices are less likely to get enough sleep which is not suitable for growth and development.

Call made by the investors reflect growing concerns from different parts of the globe where people are scared of what the long-term effect of using social media and mobile devices will be mainly for the individuals who began using the gadgets at a tender age.

To date tech companies have not admitted openly that their products can be addictive. Some insiders in Silicon Valley, however, have begun talking to the media stating that design of social media sites, mobile applications, and gadgets are in such a manner that they are addictive to users, so that divert their attention to them for as long as possible.

Parents and individuals who look after kids should also step in and help with child gadget addiction. In most cases, kids only do what adults do as they are surrounded by adults who do not care too much for gadget etiquette. Some parents are guilty of always swiping their phones during meal times, tapping away while walking and even mumbling into their headphones when driving. They avoid personal interactions with their relatives and friends and prefer to interact with networking illusion that the handheld products offer. These are habits that children easily and quickly pick up something that may end up being detrimental to their health.

As much as companies should try and put up practical steps that can help tone down on the addition to gadgets, families should also try everything they can to cut down on the digital life of their kids to avoid dealing with all the problems that it brings about later.