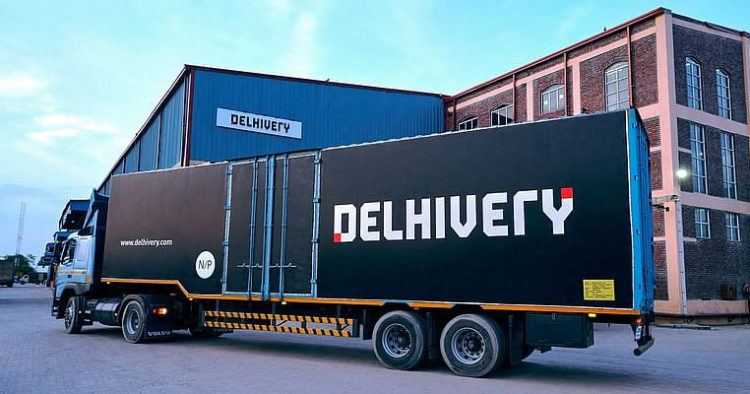 Delhivery is a delivery company that provides services within the country of India. It is a startup that has grown to an impressive size with a high degree of success in the delivery industry. This company has secured the financial backing of some of the largest venture capital investors on the planet and it continues to become a disruptor with a unique business model and tech platform that is changing the way deliveries are made in India. If you’re not yet familiar with this emerging delivery giant, here are 20 things you didn’t know about Delhivery.

1. Delhivery is entering its second decade

According to Wikipedia, Delhivery was founded in 2011. As of 2021, the company will have been in operation in India for 20 years. This is a milestone in its significant and impressive history. It is a Gurugram-based company that has built up a large infrastructure.

2. Delhivery has a massive operation

The business started small but it has grown large in the 20 years it has been in business. As of 2021, Delhivery moves over 1.5 million parcels each day. The company owns 24 automated sort centers, 70 hubs, and 75 packing warehouses. In addition, Delhivery owns 2,500 delivery centers, operates a fleet of 14,000 delivery vehicles and it is one of the largest employers in its region. The company started as a hyperlocal express delivery service, but it has far exceeded its local area.

3. The beginnings of Delhivery were humble

When Delhivery first advertised its services to the local community, it offered delivery services for offline stores in the Gurugram area. The first few months that it was in operation, this was the only city that was served. The company specialized in the delivery of food and flowers within the city.

Not long after Delhivery was established, the founders realized that there was a massive untapped market in India for the delivery of online goods as well as for the offline market. They decided to open services to online retailers and signed their first e-commerce client in June of 2011. Delhivery partnered with an online fashion and beauty retailer called Urban Touch. This set off a chain reaction of new contracts with various e-commerce companies and the Delhivery company exploded with a period of rapid growth and expansion of its workforce to fulfill its obligations.

With the rapidly growing demand for e-commerce deliveries in the country of India, Delhivery leaders realized that the larger opportunities were in the e-commerce sector of the market. They discontinued their local deliveries of food and flowers and focused solely upon their new clients in the e-commerce industry. They made a total switch over to this sector, offering logistics services to a large number of online retailers.

The popularity of Delhivery grew with the scope of its operations in India. It has been widely acknowledged throughout the country for its top-notch delivery services. The services and quality of service provided by this company have helped to change the way that commerce flows within the country. Delhivery has received numerous public acknowledgments and awards for its contributions. In 2019 it was the recipient of the ET Startup of the Year Award. In 2016 it was given the Young Turk Startup of the Year. In 2018, Delhivery received the Mahindra Transport Excellence Award. These are all prestigious awards that are only given to companies that have gone over and above average.

7. Delhivery is a one-stop-shop for order fulfillment

According to Crunchbase, Delhivery is a diverse company that offers a variety of different services for its clients. It is a supply chain services startup that provides multiple services. Online retailers partner with Delhivery because it provides all of the necessary operations within one company. This includes transportation of the products sold, warehousing, freight, as well as order fulfillment services. It is the go-between that ensures everyone receives the goods that they ordered promptly. Maintaining strict standards for quality has helped Delhivery to earn a solid reputation in the country of India.

8. Delhivery is a versatile company

Delhivery performs so many different services without the need to bring in third-party or subcontracted providers that it is listed in eight different categories of industry. It is an e-commerce company that works with online retailers. It offers a freight service for larger items. It provides shipping for all package sizes. Delhivery takes care of the logistics involved, and it is also a supply chain management provider with multiple warehouses and fulfillment centers. It is also listed in the transportation and last-mile transportation categories.

Delhivery is a startup that was conceived by five brilliant minds. The co-founders of the business are Bhavesh Manglani, Kapil Bharati, Mohit Tandon, Sahil Barua, and Suraj Saharan. Bharati has founded two startups in his career. All of the other co-founders are first-time entrepreneurs. They have put their talents and ideas together to form a dynamic team in creating this massive delivery giant.

10. Delhivery has an executive leadership team of eleven members

11. Delhivery has a small board of just two members

It takes a lot of complicated technology products to keep Delhivery moving smoothly. The platform for this company is based upon a complex array of 89 technologies that are distributed among 22 technology products. The website for Delhivery alone is powered by jQuery, HTML5, Google Analytics, iPhone Mobile Compatible, SPF, Viewport Meta, and several others. There is a lot of technology product required for the various tracking apps that Delhivery provides for its clients and end-users, to know where the goods that they ordered are at all times during the fulfillment and shipping processes.

13. Delhivery has a massive number of monthly website visits

Consider all of the websites that are listed on the internet throughout the world. Out of all of these millions of sites, Delhivery is ranked as number 7,003 because of the high volume of web traffic it receives from visitors to the site each month. The number of visitors that make up this traffic is an astronomical 8,260,698 and that’s every month. The number of monthly visits to the site is growing at a rate of 0.86 percent.

14. Most of the web traffic comes from India

Delhivery is still an Indian-based company that hasn’t grown outside of the borders of its home company. The majority of the millions of visitors who browse through or use the Delhivery website are from India, making up 99 percent. One percent of the visits come from the United States, with fewer checking it out from the United Arab Emirates, Saudi Arabia, and the United Kingdom.

Delhivery has received massive support from its investors. We can see that confidence in the company is high. Delhivery has participated in eleven rounds of venture capital funding. This qualifies it as a late-stage VC company. The most recent funding round closed on May 30, 2021, in a round of Series H funding.

16. Delhivery is supported by 13 investors

Thirteen large investors are happy to place their bets on the continued success of Delhivery. Some of the largest VC funds on the planet have made investments of millions of dollars into the delivery giant. The total amount of funding raised by Delhivery is $1.2 billion. The most recent investor to join in the efforts are GIC and Fidelity. Others include Chimera Investment, Baillie Gifford, Steadview Capital, which is also a lead investor, Canada Pension Plan Investment Board, also a lead investor, SoftBank, a lead investor, The Carlyle Group, Fosun International, and others.

Delhivery acquired a company called Primaseller. This is a Palo Alto, California-based company from the United States. The focus of this business is to provide a platform for omnichannel retailers in simple and easy-to-use inventory and order management software. The details of the agreement were not disclosed at the time of the acquisition on March 3, 2021. This raises suspicion that there may be some type of expansion into the North American market but this has not yet been confirmed one way or the other.

18. Delhivery has investments in other companies

19. Delhivery is a unicorn status company

Delhivery has grown from a small local delivery service that delivered food and flowers to a massive e-commerce giant enterprise. It has grown exponentially from its humble beginnings. The company has raised $1.2 billion alone in its venture capital fundraising efforts. According to Techcrunch, Delhivery has a current valuation of around $3 billion. This is three times the amount that is required to achieve unicorn status. It is one more Indian-based startup to join this elite, yet an ever-expanding group of businesses to reach a valuation of $1 billion or more.

Delhivery has remained a privately held business throughout its lifespan, but this is about to change. The most recent round of VC funding brought in an additional $277 million. This is in advance of its plans to file for an Initial Public Offering, which is predicted to occur later in 2021. Delhivery currently serves more than 2,3000 cities with its delivery and logistics services throughout its home country of India. It is funded by companies from across the globe. Soon you will be able to find it on the stock exchange where the general public will be able to buy, sell, and trade shares in the company. This is a startup that bears watching as a potentially lucrative investment. It is one of the very few startups that are making the effort to digitize the demand and supply system of the logistics market within its freight exchange platform. 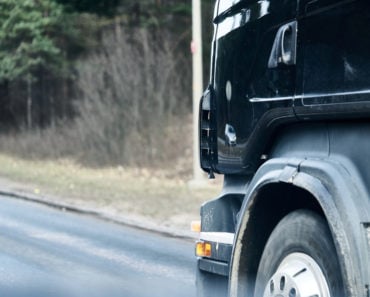 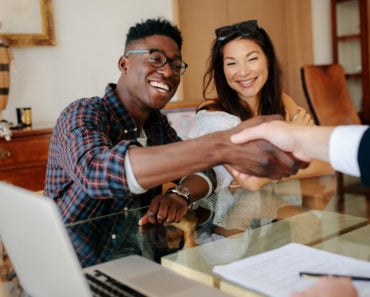 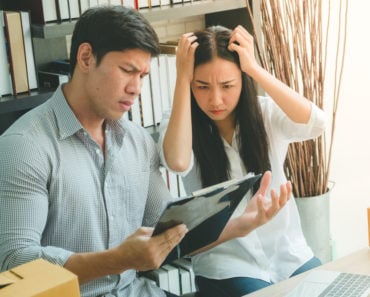 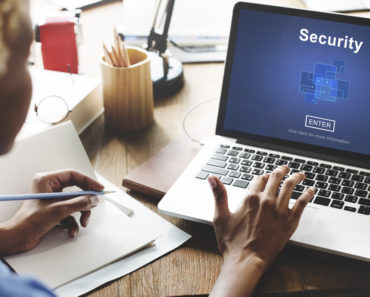 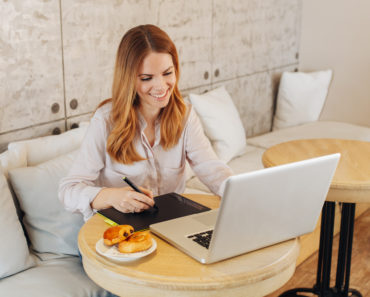 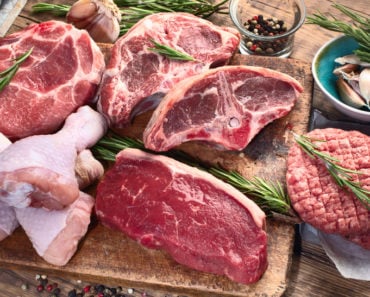