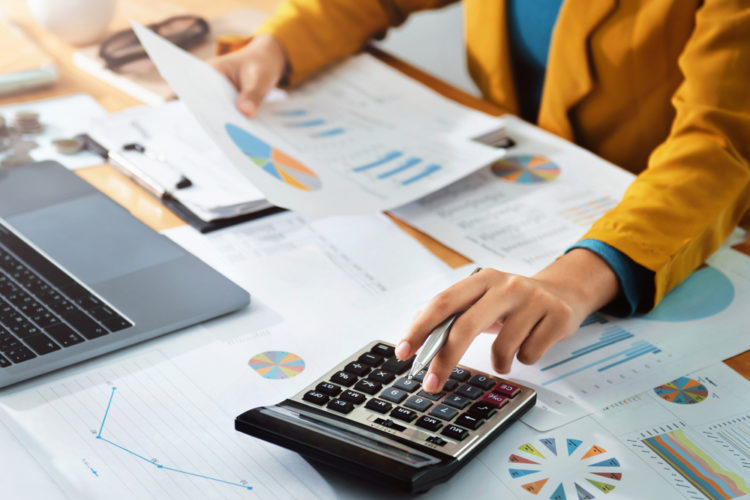 Soldo is a London startup that was founded by a tech veteran and payment pioneer group to provide solutions for companies to help them manage their business expense cycles. The platform provides multi-user capabilities with the integration of prepaid MasterCard, along with a mobile app, and an administration console that is web-based with intuitive technologies that make it future-ready for any upcoming changes in the ever-evolving technological environment. If you’re not familiar with Soldo, here are 20 things you probably didn’t know about the company to bring you up to speed.

Soldo offers a diverse suite of products and services that makes it a versatile platform. The enterprise offers payments solutions as well as banking and financial services. Because it provides Software-as-a-service it is also listed as a FinTech industry company.

2. Soldo has been around for six years

Soldo was founded in London, England, in the United Kingdom in 2015. The business is entering into its sixth year of operations and it is entering into a new phase in its development. The legal name of the business is Soldo Ltd. It is also known as Soldo Financial Services. The founder of the company is Carlo Gualandri. This is his first entrepreneurial endeavor.

3. Soldo is led by a six-member executive leadership team

There are six members of the executive leadership team at Soldo. Carlo Gualandri is the founder and chief executive officer. Carlo D’Acunto is the chief technology officer and director of the Italian Office. Dynshaw Italia is the chief financial officer. Valerio Foddai is the UX Designer. Marco Succi is the sales account manager.

4. Soldo has a three-member board of directors

6. The technology overhead for Soldo is high

Most businesses use far fewer technologies to power their websites. Those that use far less pay more than $100,000 per year in fees and subscriptions. With nearly one hundred different technologies in use, we estimate that the annual cost is at least $150,000 per year or more even though Soldo has not disclosed the precise amount it spends on technology costs. Although it’s a lot to manage, the Soldo website runs smoothly and seamlessly from the perspective of visitors.

7. Soldo is experiencing a growth in monthly downloads

The Soldo platform is available through subscriptions that are made available as downloads. During the past thirty days, the platform has been downloaded 7,706 times This figure represents a 10.4 percent growth in the number of monthly downloads.

8. Soldo downloads are available through a variety of app stores

Soldo has found a way to stand out from all of the similar companies that offer FinTech solutions. It has developed products and services that are protected by trademarks. Soldo has secured four registered trademarks in the scientific and electric apparatus and instruments category. What this means is that it owns the legal rights to these technologies and that no other company can imitate or copy them. This gives it a uniqueness that makes it stand out among all the others offering similar products and services.

The statistical data that is captured for Soldo shows that there is an increase in the monthly visits rate of 3.06 percent within the past thirty days. The total number of visits was 163,821. This gives Soldo a ranking of number 196,688 out of the millions of websites that are registered on the worldwide web. Gathering this kind of statistical data gives the decision-makers for the company useful information about how well their products are doing and how many people are showing interest in them. It also shows if there has been an increase in interest or a decrease.

11. Soldo is the most popular in the United Kingdom

12. Soldo is a venture capital-backed company

Soldo has participated in more than seven rounds of venture capital funding so far. It has raised a total of $263.2 million from investors. The most recent round of funding closed on July 20, 2021, in the form of a Series C round. This is a significant amount of funding that helps the company with its growth and expansion in exchange for a set of agreed-upon terms, which has not been disclosed to the public.

Soldo has been successful in gaining the attention of several wealthy investors. It’s not easy for a startup to make a successful pitch to investors, as there are so many that are vying for the funding. Soldo is backed by seventeen investors which shows that they have a high level of confidence in the company’s potential to provide them with a healthy return on the funds being invested. Investors include Sunley House Capital Management, Citi Ventures, Temasek Holding, which is also a lead investor, Advent International, Dawn Capital, Accel, Silicon Valley Bank, also a lead investor, Battery Ventures, Connect Ventures, and several others. This is a large and wealthy group of investors that provides all the necessary funding for Soldo to reach its established business goals.

According to Techcrunch, one of the biggest issues companies face is expense management. Soldo’s software solutions provide a comprehensive solution that goes far beyond traditional software solutions with a system that issues employees with prepaid company cards. The cards are linked through an automated expense management system, that once set up, sets most of the time-consuming and laborious associated tasks on auto-pilot.

15. Soldo is compatible with most other platforms

Soldo’s suite of solutions can be used in conjunction with a variety of other software systems. It easily integrates with some of the most popular accounting systems including Quickbooks, Zucchetti, Xero, NetSuite, and many others. It also connects with over fifty other expense management platforms including Expensify, Concur, and many others. These features make it easier to incorporate Soldo’s solutions with the programs that companies are currently using without the hassle of making costly and time-consuming migrations.

16. Soldo brings the fragmented parts together

One of the most compelling features of Soldo’s business solution is that it provides a fix for the often fragmented elements of businesses’ management expense systems, and it brings them all together in one digitized space. Many different elements may be incorporated into the system including purchases on behalf of the company, payments for marketing, advertising, subscriptions, office supplies, travel and entertainment, and much more. Digital expenses are far simpler to track when they are made through a single system. It solves the problem of lost receipts. The cards issued simplifies most aspects of expense management. Soldo is a major player in finance digitalization, which is the wave of the future. Many small and medium-size companies are struggling to keep up with the switch from manual processes to a new digital age. Soldo provides a “pay and spend” type platform that covers many of the issues currently faced by business owners.

17. Soldo is expanding its workforce

According to LinkedIn, Soldo currently employs 214 workers. The company has listed twenty new job openings with most of the positions offered for the London, England area. A few of them are for candidates living in Rome, Italy. This suggests ), that Soldo is taking the first step in expanding its operation by building its infrastructure of workers in its headquarters and Italy. The recent $180 million infusions of funding have provided the startup with the means required to increase its workforce by nearly ten percent, which is a significant jump. We believe that this is just the start of the company’s forward movement.

18. Soldo has grown to include new locations

Soldo was first established with its headquarters in the city of London in England. Since its initial launch in 2015, Soldo has increased its presence in Europe with offices set up in various strategic cities. There is also an office located in Dublin City, County Dublin, Ireland, one in Rome Latium, Italy, and the fourth location in Milan, Lombardy, Italy.

According to G2, the Soldo platform supports a variety of different languages to provide products on a global basis for people from a variety of different countries. The software is available in a choice of French, English, German, Italian, Dutch, and Spanish languages. It’s assumed that Soldo can easily add more language options as the need arises. It is unknown when and if Soldo will expand into new regions, but for now, it is solidly active with a strong presence in Europe.

20. Soldo is a privately held business

You won’t find Soldo shares offered for trading or sale on any public stock exchange. This is because it’s a privately owned company that has not yet filed for an IPO. Most companies go public when there is a larger potential to benefit their fundraising efforts. So far, the private funding from venture capital investors is sufficient to meet the needs of Soldo’s growth and expansion efforts. From our research, we can detect no indications that the status of the startup is going to change shortly. We’ve not seen any announcements for plans to go public, or even hints of discussions about the matter. Things will likely continue to move forward under the auspices of a privately held enterprise. Although the company is not open for investment from the general public it is still a company that is worth keeping an eye on. As times change it may at some point make a change in its funding options.