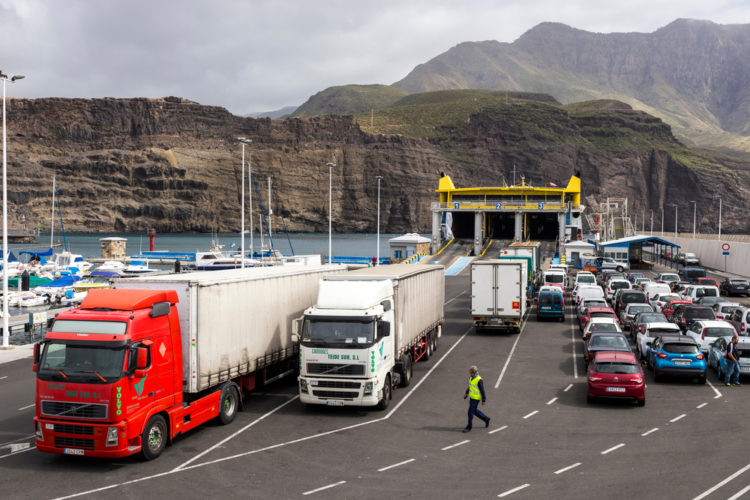 Embark Trucks, Inc. is an American autonomous vehicle SAAS provider. The company has recently been highlighted in business news because of its plans to merge with the Northern Genesis Acquisition Corporation in a SPAC deal that will take the enterprise to the public arena. It’s a company to keep your eye on if you’re planning to diversify your investment portfolio, but it’s also wise to understand as much about the business as you can before deciding if it’s right for your investment strategy. Here are 20 things you probably didn’t know about Embark Trucks, Inc. that might help.

According to Businesswire, Embark Trucks, Inc. is not a trucking company as the name may sound, but rather, a software as a service provider. This lodges it firmly in the tech category, which is among the hottest investment markets currently.

The startup provides a software platform for autonomous vehicles. The platform improves efficiency, safety, and sustainability for its clients in the trucking industry. Embark serves carriers with driver software that enables self-driving trucks. In an age of high-tech automotive systems, Embark Trucks Inc’s products are both timely and in-demand. It is estimated that the demand will only grow in the months and years ahead.

Embark has formed partnerships with a variety of carriers and shippers to collaborate in a Partner Development Program. This unique business model ensures that Embark can provide an end0customer voice and provide the best advisement on how to scale and integrate autonomous trucks within each of the partners’ supply chain and fulfillment operations.

The likelihood of Embark Trucks Inc’s success is high due to the demand for the products it offers. The current trucking market is a $700 billion per year industry and there is plenty of room for SAAS providers in the emerging autonomous fleet market. Embark Trucks Inc is in a position to penetrate the market and to take a larger share of the business with potential that goes as far as the imagination can contrive, or that expansion of the operation can accommodate.

One of the technology products that Embark Trucking offers is a set of standardized self-driving components called the Embark Universal Interface. The system allows for flexible interfaces to provide for OEMs in the trucking industry to integrate Embark’s self-driving technology easily into their exiting multi-vehicle platforms.

6. Embark Trucks Inc is on a mission

Like most successful companies, Embark Truck has a solid mission that guides its strategies and processes. The mission is to help build a world that gives consumers a break on the cost of the things that they require. It’s about lowering expenses, keeping drivers closer to their homes, and making the roads safer for everyone. Autonomous-driven vehicles have the potential for fulfilling all of these objectives.

7. Embark Trucks, Inc. is exclusive to the United States market

Embark Trucks, Inc. is an American-based company that has maintained its focus on providing software as a service for the United States trucking market exclusively. It has not expanded its reach beyond the borders of the United States yet. This allows the company to provide exclusive attention to the US-based companies, rather than stretching its research and development talents too thin distracted by the requirements and regulations for other markets.

8. It’s the longest-running company of its kind

Embark Trucks, Inc. is the longest-running self-driving truck program in the United States of America. The autonomous vehicle technology industry is still an emerging niche, but it is relatively new. Embark Trucks, Inc. has been involved in the development and provision of the platform for six years as of 2021. Although it’s still a young company it is one of the longest-running of its kind in the nation.

Embark Trucks, Inc has made plans to take the business to the public trading arena. Soon you will be able to find shares of the company offered on the stock exchange for purchase, sale, and trade. The deal is scheduled to take place in an agreement to participate in a merger with Northern Genesis Acquisition Corp. II, to take the company public in a SPAC deal.

10. Embark has partnered with big business

A part of the unique partnership model that Embark Trucks Inc has established, they’ve partnered with some of the largest shippers and carriers in the nation. Among them are Werner Enterprises, Mesilla Valley Transportation, HP Inc, Anheuser-Busch InBev, and Bison Transport. Embark has plans to integrate the existing freight logistics ecosystem to scale efficiently and quickly with the latter.

Embark Trucks, Inc. is entering into a merger with Northern Genesis 2. The latter is a special purpose acquisition company that is created for a specific purpose. The goals and rationale for its existence are to facilitate mergers, reorganization of businesses with one another, stock exchange acquisitions, and provide oversite of the deals to create stockholder value in the companies it merges with. In short, it’s an entity that helps to facilitate mergers and entry into the public trading/stock exchange arena and helps companies perform well for the sake of the shareholders. This SPAC is also committed to helping public companies become successful by becoming sensitive to customer needs and expectations, their employees, and investors to enhance the underlying sustainability.

12. Embark Trucks, Inc. is getting a new board member

According to Crunchbase, Embark Trucks, Inc. had a board of directors that consists of just one member. Patrick Grady joined the board of directors in 2018. He is a partner at Sequoia Capital and currently serves on 16 boards in advisory roles. It has also been announced that Elaine Chao, the former Secretary of Transportation and Secretary of Labor will join Embark’s board of directors. Ms. Chao brings years of leadership experience in both the private and public sectors that will give Embark an added level of posturing within the AV industry. Elaine has also served as the President and CEO of United Way of America.

There are 10 members on the executive leadership team of Embark Trucks, Inc. Brandon Moak is the chief technology officer. Alex Rodrigues is the chief executive officer and co-founder of the brand. Paul Ashbourne is the recruiting leader. Nico Andrey is the software engineer for motion planning and controls. Marcus Sjolin is the head of the product. Mike Reid is the chief operations officer, and Johnny Morris is the head of public policy and communications.

A complicated array of technology products are used in the administration of the Embark Trucks, Inc. website alone. It actively uses 38 technologies to power the website, distributed across 12 technology products. Among them are HTML5, jQuery, Google Analytics, iPhone Mobile Compatible, SSL by Default, Viewport Meta, and others. The technology increases the annual budget allocations for IT expenses by tens of thousands of dollars annually. While the tech supporting the site is expensive and complicated, it all runs in the background to ensure that users have a smooth and seamless browsing experience.

15. Internet in the Embark Trucks, Inc. products are increasing

The analytics and statistical data maintained on the Embark Trucks, Inc. website shows that there is a growth in the number of monthly visits, hence, increased interest in Embark Trucks products. The monthly growth rate is currently 6.72 percent with n average number of monthly visits to the site at 23,861. The website is ranked at number 743,942 out of the millions of registered websites on the world wide web due to its high volume of visitors.

16. Embark Trucks Inc is the most popular in the United States

17. Embark Trucks, Inc. is a versatile and diverse company

Embark Trucks appears under several different industry categories because of the scope of the services that it provides. It is a transportation company as it provides a software platform that enables the use of self-driving vehicles and trucks in fleets. It is listed under automotive, as well as under autonomous vehicles, due to the nature of the technology. It is also listed under transportation and logistics. Embarks products and services provide multiple benefits for the clients that it serves, therefore it falls under multiple different industries. With regards to its diversity, Embark Trucks, Inc. is Black/African American founded and it is Black/African American led with its headquarters currently located in San Francisco, California.

The technology that Embark provides is changing the way that the trucking industry works. It is set to become a disruptor in the industry as the US moves closer to installing fleets of autonomous trucks for shipping and order fulfillment. currently, the technology that is provided by Embark is used by five Fortune 500 companies to move their freight within the southwest region of the United States. Embark is instrumental in setting a new standard for moving real freight as they provide purpose-built transfer hubs through which the freight is moved. They’re setting the standards that will determine how trucks without driers will transport freight in the months and years to come.

19. Embark has made many firsts

When it comes to the automated truck industry, Embark has been the driver that has supplied the technology that has made it possible for the first automated trucks to make driverless trips across the country. Impressively, the technology has helped these autonomous vehicles to safely navigate from one transfer hub to another even in fog and rain without incidences or accidents. The platform that Embark Trucks, Inc. supplies have advanced automated truck technology and has made it more efficient and safer for commercial transport in driverless trucks. Embark is responsible for the assembly of a group of engineers that are world-class and considered to be top-notch in their fields. They’ve recruited talent from NASA, Audi, Google, Tesl, and others for the development of their unique AV technology. So far the professional operation teams have averaged more than a million miles per driver within the operations team. Everyone is working together to create a scalable system and tailored to meet the demands of clients in the trucking industry.

20. Embark is growing its workforce

According to LinkedIn, there are currently 138 workers employed at Embark Trucks, Inc. Embark has posted 78 new jobs that are now available. This suggests that the company is getting set for a major growth spurt and expansion of its current infrastructure. that will nearly double its current size. All of the positions that are posted are for professionals in the San Francisco, California area. Embark is a company that is up and coming and it’s one to keep your eye on as the enterprise is nearing its initial public offering. The outlook is good for a successful run under listing on the stock exchange.