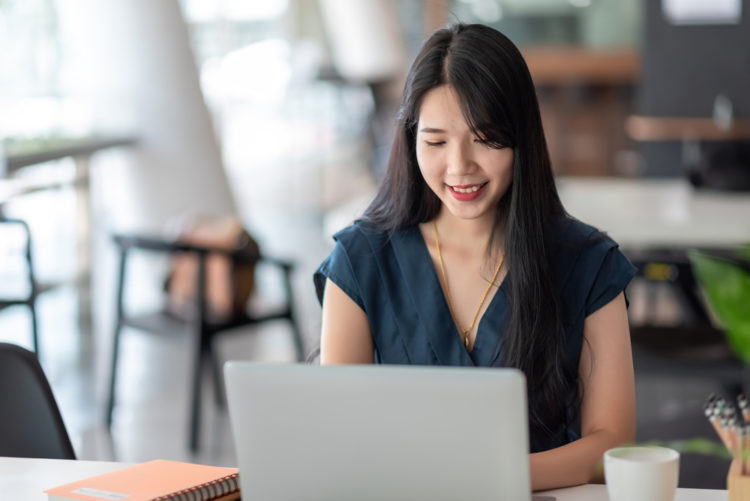 Social media has taken its share of lumps in the past two years. Some people are excluded because of their personal views and others are unhappy because of the misinformation or hate propaganda shared on the sites. It’s been a challenging few years for social media and its users but there is a new kid on the block offering an online networking platform that is designed for community members for social and political engagement CloutHub is a social media platform that aims to help users influence issues that they care about. If you’re not yet familiar with the company, here are 20 things you probably didn’t know about CloutHub.

1. CloutHub seeks to give everyone a platform

According to Crunchbase, CloutHub has a mission to become a world-changing social media platform for the next generation of users. Their goal is to provide an online environment where people can collaborate and positively share about the trending issues and challenges that people are facing today. The platform is designed to treat everyone equally while protecting their rights to free speech and sharing their opinions, regardless of how diverse, on political and social issues.

2. CloutHub is a young startup

CloutHub is just getting started since its initial launch on October 8, 2019. The platform has only been in operation for just under three years, which makes it a young company. It is picking up steam with users who are tired of the constraints placed on them by some other social media platforms.

3. CloutHub is a versatile business

4. CloutHub is a Los-Angeles based startup

CloutHub was founded in Irvine, California. The legal name of the business is CloutHub, Inc. It is also known as CloutHub and TheHub. The founder of the business is Jeff Brain. This is his first entrepreneurial endeavor and so far it is going remarkably well. Mr. Brain also serves as the chief executive officer at CloutHub.

5. Mr. Brain is the sole executive leader for CloutHub

Jeff Brain is the only person who is listed under the executive leadership team at CloutHub. There are other members on the executive team, but he is the chief decision-maker of the company that he established on his own. So far, there is o board of directors assembled for CloutHub, but we expect to see this change shortly as the company begins to grow, expand, and accept the assistance of venture capital investors. Most investors require a solid board of directors and advisors as a part of their agreement to provide investment funds.

7. The monthly visitor count for CloutHub’s website is increasing

There is a heightened interest in CloutHub’s social media platform. The number of monthly visits to the website has grown by 24.89 percent over the past thirty days. CloutHub has received 100,529 visitors in the past month, ranking it a number 276,891 of the millions of websites registered on the worldwide web.

8. CloutHub is most popular in the United States

9. CloutHub is a privately held business

You won’t find CloutHub shares offered for sale or trade on any of the public stock exchanges. This is because CloutHub is still a privately owned company. The owner has not decided to go public and file for an IPO. From our research, we have seen no indication or suggestion that there are any plans to do so in the foreseeable future either.

CloutHub is a privately backed company that has participated in one round of non-equity investment funds. On May 1, 2019, EvoNexus invested an undisclosed amount of funds into the company. This was just one year into its development and it is assumed that it was a seed round, although this has not been confirmed. CloutHub and its investor are playing their cards close to the vest with the financials and they have not yet disclosed the terms of the agreements reached for receipt of the investment funds. We assume that it has been used to build the infrastructure of the new company and to help it to get off the ground due to the high startup costs and annual technology fees.

According to PRNewswire, CloutHub offers a place for those who have been disenfranchised by big tech platforms. It is a new social media platform for influencers that gives them a safe place to voice their opinions and form collaborations without the fear that their voices will be silenced. Those who seek to solve social problems without censorship because their views do not satisfy the criteria set by some other major social media platforms can freely positively discuss their views with one another.

It is no secret that there has been a great deal of discontent with most of the current major social media platforms. Many are frustrated because they have been banned from the sites or had their accounts put on hold for committing infractions that they didn’t know existed. We’re not even talking about misinformation or hate crimes. Sometimes innocent posts that have nothing to do with hate, political propaganda, or other disallowed topics have triggered a response from the site moderators that land the users in “jail” with their accounts suspended without explanation other than the post was either considered offensive or in violation of current policies. It’s getting crazy out there and CloutHub is a site that aims to bring back the freedom of free speech without these errors that squelch and censor honest positive communications.

13. CloutHub has a long list of official brand ambassadors

CloutHub’s platform is based on the premise of free expression, privacy, and user health that takes the focus off of the “look at me” mentality to addressing the broader needs of society. There is a long list of influencers who are tired of big tech censorship and they have become official brand ambassadors for CloutHub. The list of ambassadors that are welcomed to the site is continuing to grow and includes a constitutional attorney named Harmeet Dhillon, Senior Advisor of Donald J. Trump for President Katrina Pierson, Journalist John Solomon, president of programming for Real America’s voice Dr. Gina Loudon, Digital content creator Carpe Donktum, political commentator Deneen Borelli, actors Kevin Sorbo, Kristy Swanson, attorney Ron Coleman, political commentator Tom Borelli, and many others.

14. Reviews are coming in for CloutHub

According to Justuseapp.com, the reviews are already starting to come in for CloutHub. Users have given the site an overall rating of 4.2 on a scale of 1 to 5. This is far above average and shows that it’s a popular site that allows people to share their opinions in meaningful ways without censorship. The safety score is 60.7 out of 100, the legitimacy score is 60.7 out of 100

15. There are some mixed reviews

Although the majority of reviews for CloutHub are positive, there are a few of them coming in that are not that positive. Some users found the site to be slow, unreliable, and jerky. Complaints suggest that there needs to be a lot more work don’t to the technicalities of the site including the addition of landscape mode, scrolling messages, and more. It’s rated by a few users as not being user-friendly and being a bit clunky. These are comments from users that did not agree with the political views voiced on the site, as they made references to that fact.

When we were reading through the site reviews from users, we noticed that those who were offended by a few of the comments made were quick to judge the efficiency of the technical aspects of the site. However, when we checked around with other reviews, we found that more users found the interface to be very slick and they appreciated the lack of screwy algorithms. They acknowledged that there are still a few kinks on the site, but that when they voiced concerns, the founder of the company provided an immediate response and confirmed that CloutHub is working on solutions including a pending update that should address any navigation or use issues. What users appreciated the most is that there are no shadow bans and no censorship.

17. CloutHub is a disruptor in the social media industry

CloutHub offers an alternative to other more established social media platforms without censorship. Another benefit is that the site is bot-proof. Your data is not being collected and sold. This means that you’re not going to see tons of advertisements flooding your page because you showed an interest in something a week ago. Users have dubbed CloutHub a social media app for “a thinking man.” It’s a place where you can currently enjoy freedom of speech without disruptions from money-making and annoying ads that are intrusive and violate your privacy. It’s set to give the other social media platforms a run for their money.

18. CloutHub is still a small company

CloutHub maintains a small group of staff members but they’re effective in executing their duties. Jeff Brain is the CEO. Other staff members include John Dolan, CEO at MedMasks LLC.com, Sonia Fernande, Graphic designer and graphic artist, and Tiktok Masala a clothing designer at CloutHub.

19. Some users have been blocked by Google

We also saw that there were complaints from some users because Google blocked them from accessing the CloutHub website. Although the details or explanations were not shared why this happened, some users made threats to file lawsuits against Google for blocking their access.

20. CloutHub is a company to keep your eye on

CloutHub is a new social media platform that has the potential to disrupt the social media industry. It’s not there to stir up controversy, but those who seek to control the information shared and to censor Americans are likely to try to prevent access to the site. It’s likely to be a battle royale, but only time will tell. The potential for controversy is likely, however, it is a free speech environment that many welcome and appreciate. It’s a company to keep your eye on.