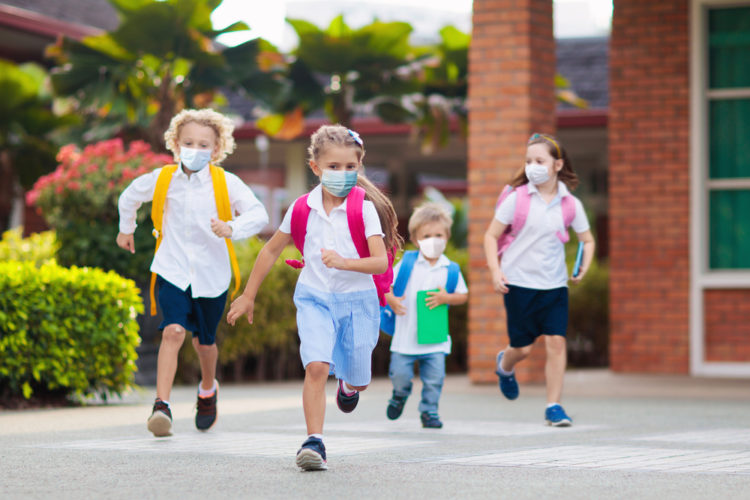 Zum is a startup that provides children with transportation that is safe and efficient. It serves busy families and school districts. The fleet of Zum buses is designed for energy efficiency, powered with electrical powered vehicles that serve as a disruptor to the bus industry with new and innovative technologies to help move us into a cleaner world with lower CO2 emissions. Here are 20 things you probably didn’t know about Zum we found impressive.

1. Zum is a California based startup

According to Crunchbase, Zum is a technology and transportation company that is headquartered in Redwood City, California. The company provides a network of buses that serve school districts and families in the San Francisco Bay area, and all of San Diego, Orange County, and Los Angeles. It is a California-based company that is limited to services within select parts of that state.

2. Zum is a versatile tech and transportation company listed across seven industries

Zum is a company that provides a broad range of services for its customer base. It is listed under seven main industries because of the scope of its services. It is categorized under the family children and child care headings because the service provides families with safe and reliable transportation for children who need rides back and forth to school, child care centers, and other destinations. It is also under parenting, mobile apps, ride-sharing, and transportation industries.

3. Zum is still a young company

Zum is still technically a very young company as it hasn’t been in operation for that long. The startup was officially launched on February 1, 2015. The co-founders of Zum are Ritu Narayan, who also serves as the chief operating officer for the company, and Vivek Garg, who is also the chief operations officer of Zum. Zum is the first entrepreneurial venture for both of the co-founders. Although it’s the first company they’ve launched, they have achieved remarkable success in just six years of being in business.

4. Zum is a diversity spotlighted company in the USA

Zum is unique in that it is a diversity highlighted company. It is founded and led by South Asian entrepreneurs. It also qualifies as a women-founded and women-led company, although just one of the co-founders is female.

5. Zum is led by an 11-member executive leadership team

There are eleven executives in charge of leading Zum. Ritu Narayan is a co-founder and chief executive officer. Vivek Garg is a co-founder and chief operating officer. Abhishek Garg is the chief technology officer. Sandra Milosevic is the operations manager. Manning Yu is the general manager for Southern California. Roman Nazarov is the principal data scientist. Bobby Napiltonia is an investor and advisor for the company. Mason Wheeler is the accounting manager, and there are three others on the executive leadership team.

6. Zum has a three-member board of directors

7. Zum relies on a complex array of technology products for its website

Zum is currently using thirty-six technologies to power its website. These technologies are distributed across eighteen technology products. They include jQuery, Viewport Meta, iPhone Mobile Compatible, Google Analytics, HTML5, and several others. The cost of overhead has not been confirmed but from experience, we estimate that the annual cost of these products and services is in the tens of thousands of dollars, including IT staff to keep it all running smoothly.

Zum’s monthly download growth has reached a low for July 2021. It has decreased by 21.72%. The average number of monthly downloads for the Zum app was 2,656. Although the numbers are down, there are still thousands of families using the app to secure safe and reliable transportation for their children. These are new customers who are downloading the app for the first time and it doesn’t account for the thousands that are already using the app to schedule services for their children. It is available through Itunes Connect and Google Play. There are three apps/products that are most often downloaded including Zum-Student Transportation, Zum Safe, Reliable Student Transportation, and Zum Kids.

9. Zum maintains its uniqueness in the transportation industry

Zum has established a distinction from other transportation providers in parts of the state of California. The startup has secured one registered trademark in the scientific and electric apparatus and instruments class. What this means is that none of its competitors can use the intellectual property that is protected under trademark, and it gives them legal ownership. They maintain an edge over the other companies with similar services because nobody is legally allowed to imitate or copy this technology.

Zum is attracting more visitors than ever before. The monthly visits growth rate has increased by a remarkable 34.72% over the past 30 days. The statistical data captured for the website shows that there were 20,539 visits to the website last month which gives Zum a ranking of number 780,629 of the millions of websites registered on the worldwide web.

11. Zum is the most popular in California and the United States

Most of the web traffic to the Zum website is from people who live in the United States. 32.5% of the be traffic comes from the USA. This is followed by three percent from India, one percent from Israel, and one percent from Armenia. The information that is being captured shows where there is interest in the products and services offered by the company and it can help to give decision-makers insights about future expansion and growth.

12. Zum has struck a partnership with Autogrid

According to Techcrunch, Zum has established an agreement with Autogrid for energy management and distribution of its software. The collaboration helps Zum to obtain the power necessary to run its massive fleet of electric buses. Auto grid assists Zum in efficient use of the electrical power necessary for its fleet of business, and they’re working on plans to return a gigawatt of energy to the grid.

13. Zum has plans to expand

Zum has established a strategic plan for expanding its operation and its reach. They plan to increase the size of their fleet of electric buses to 10,000 vehicles by the year 2025. This is a magic number that will allow them to send the planned gigawatt of energy back to the power grid. They’re not there yet, but we believe that Zum will reach its goal. The amount of energy that will be sent back to the grid will be enough to power more than 110 million LED lightbulbs, or to power 300,000 homes. It will be a significant contribution to conserving energy to prevent brownouts and blackouts in the larger cities.

Zum’s plan to achieve a fleet of 10,000 electric buses by 2025 is going to take a lot more work and concentrated effort. The CEO of the company shared that Zum currently has ten percent of its buses in an electric format, so there’s still a lot of work to be done. There have been serious supply shortages and Zum’s awareness of the issues is the driver behind reaching the point that allows them to make contributions back to the communities with more power.

The Biden administration has recognized that there is a need to move the public school transportation system from the old inefficient petrol-powered buses to more energy-efficient electrical vehicles. The president has proposed a governmental investment of $25 billion for electric school buses. The statistics show that there are currently half a million yellow school buses using petrol, to transport more than 27 million students to school and home every day that the schools are open. This help could significantly lower the amount of CO2 emissions that are being put into the air five days a week.

16. Zum is expanding its operations

The CEO of Zum shared that the company has plans to expand its operations. It currently operates 206 electric vehicles in San Francisco, with an additional 70 buses operating in the Oakland Unified School district. There are plans in place to make a nationwide expansion campaign. Zum is currently working with other California school districts. It is also working with districts in Dallas, Texas, Chicago, Illinois, and Seattle, Washington. The next big expansion will take place in Washington, D.C.

Most of us are familiar with the old yellow school buses that have been running on the roads for the past several decades. They were run on diesel fuel, putting out tons of harmful emissions into the atmosphere for all these years. Zum with its electric buses eliminates the CO2 emissions for a cleaner running fleet that will significantly cut down on air pollution. It’s a major part of the force that is going to help America to transition school transportation to a cleaner and healthier solution that will improve air quality and the environmental health for area residents, student passengers, and the greater world around us. Zum is playing a critical role in helping to make this transition from fossil-fuel-burning vehicles to a cleaner and greener energy source to power the fleets of buses.

According to LinkedIn, the size of the Zum workforce is currently at 91 workers. There are plans to expand the Zum network, however, we see that they’ve not yet put plans in place for a mass hiring campaign. The website lists seven job openings with the company as of August 3, 2021. So far, all of the open positions are for people who live in the Redwood City area with a few in other locations throughout the state of California. They’re likely beginning to beef up the infrastructure to prepare for a push into other parts of the country.

19. Zum is a privately owned company

You won’ find Zum stock shares listed on any of the public stock exchanges, at least not yet. The business is privately held and is funded by venture capital investors. Zum has participated in more than five rounds of venture capital funding with the most recent round of Series C funding closing on February 28, 2019.

Zum has attracted the attention of wealthy investment groups who have high confidence in the startup’s ability to become a profitable organization. Zum is a venture capital-backed company that is funded by seventeen investors. The most recent investor to join Zum is Volvo Cars Tech Fund and BMW i Ventures. Other investors include NGP Capital, Spark Capital, a lead investor, Citi Ventures, Clearvision Ventures, Sequoia Capital, DNX Ventures, Eric Ver Ploeg, Angel Pad, and others. Zum has not yet publicly disclosed the details of the agreements made between the company and its investors, nor has it disclosed its current post-money valuation, but that figure is estimated to be somewhere between $100 million to $500 million. We will likely hear more about its valuation if the business reaches unicorn status or experiences a significant influx of investor funding.