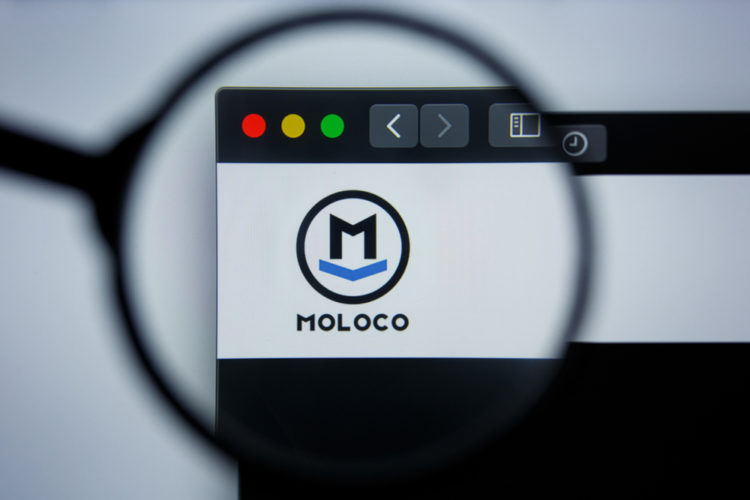 MOLOCO is a tech startup that specializes in helping businesses enhance their advertising campaigns through technology that optimizes advertisements and helps them reach their monetization potential. The business has been making recent business news with its influx of venture capital funding and its success in becoming a leader in its niche of the industry. If you’ve not yet heard about it, here are 20 things you probably didn’t know about MOLCOO

1. MOLOCO is a versatile business

According to Crunchbase, MOLOO is a tech company that helps companies improve their advertising but it’s much more than that. It is listed under four different industries. It is an advertising company that offers a platform that is tech-driven within a cloud infrastructure. It also offers mobile solutions and mobile apps.

2. MOLOCO is an established company

MOLOCO was founded in 2013. The startup has made it beyond the infancy stage of development, at which time most businesses fail. It has been in operation for 8 years and has made significant progress. The headquarters is located in Redwood City, California. The legal name of the company is MOLOCO Inc. It was established by its two co-founders David Sehyuk Park and Ikkjin Ahn.

3. MOLOCO has a core executive leadership team of 8 members

4. MOLOCO has a board of directors with two members

6. MOLOCO has a high overhead for IT

The overhead costs for the technology products and services that MOLOCO requires are high. These services charge annual fees at scale. For the 2021 year, MOLOCO has projected a total cost of $150.3K for its information technology costs. Although this may sound high, it’s a lot less than many other large companies that pay as much as $1 million per year or more.

MOLOCO provides tech solutions that are different from others within its niche of the tech industry. This is because it has secured one registered patent in the computing and calculating category. In addition, MOLOCO has secured one registered trademark in the advertising business category. What this means is that none of its rivals can use the intellectual properties that it has legal ownership of unless express permission is granted. The trademark and patent help them to maintain uniqueness and stand out from the others.

MOLOCO is riding high on a wave of increased traffic volumes to its website. This signals an increase in interest in the solutions that the startup offers. The analytics for the website shows that over the past 30 days the web traffic volume has grown by an incredible 80.14 percent. The website has received a total of 6,811 monthly visits. This gives MOLOCO a ranking of number 1,381,222 of the millions of websites registered on the world wide web. While there are businesses with higher traffic volumes, the recent growth spurts that there is an influx of interest.

9. MOLOCO is the most popular in the United States

The largest percentage of MOLOCO’s web traffic comes from people who live in the United States. Sixty-one percent of the visitors are from this country. The statistics show that there has been a 35.38 increase in the number of visits from this country. Fourteen percent of the web traffic for MOLOCO comes from people who live in South Korea with a growth rate of 1.1 percent. Ten percent of website visitors come from the United Kingdom, seven percent from Ukraine, and four percent from the country of Turkey. These statistics provide key decision-makers at MOLOCO with useful information about where interest in the products and services offered is high, and where it is low. It helps them to identify where more advertising needs to be done and it also points to possible areas for expansion and deeper penetration into the local markets where interest is present may be feasible.

10. MOLOCO is a venture capital-funded business

MOLOCO has participated in five rounds of venture capital fundraising. The most recent round of Series C funding closed on August 17, 2021. MOLOCO has attracted the interest of 6 investors and has raised a total of $185 million in VC funding.

MOLOCO’s successful fundraising campaigns have raised $185 million which is a high amount of funding. It shows that investor confidence in the company’s ability to provide a healthy return on investments is solid. Investors taking part in the fundraising efforts include Smilegate Investment, Tiger Global Management, Shinhan GIB, LG Technology Ventures, Samsung Ventures, and KTB Ventures.

12. MOLOCO is a privately held company

You won’t find MOLOCO stock shares for sale or trade on any of the public stock exchanges. This is because the company is still privately owned. The owners retain control of the majority of the interest in the business. The venture capital funding that has been raised has satisfied MOLOCO’s need for funding to continue its growth and expansion. IPOs are not always a guarantee that a company will have a successful run, but they’re doing very well with their current choice. The terms and agreements of the fundraising efforts have not been made public at this time, but it is assumed that each investor has secured an interest in the future profits of the company as stakeholders.

According to Techcrunch, MOLOCO has exceeded the valuation amount that is required for joining the elite group of businesses that are referred to as unicorns. Those that reach a valuation of at least $1 billion or more are inducted into this exclusive group. MOLOCO has a current valuation of $1.5 billion. The startup has come a long way in a short time. While other businesses are failing around them they have experienced tremendous success in their ventures.

14. MOLOCO will file its IPO

The CEO of MOLOCO has confirmed that the company plans to file for its initial public offering at some time in the near future. This was the reason that they conducted the August fundraising campaign. Ahn explained that they’re gearing up for a potential IPO and they wanted to secure the funding so the enterprise could grow at a faster rate. The most recent round of funding brought in an additional $150 million. MOLOCO’s growth has led to a 100 percent annual growth rate and they now bring in a net revenue run rate that exceeds $100 million. The startup has consistently achieved a strong and healthy growth rate since its inception. Although you can’t find shares of the stock listed on any of the public exchanges yet, it looks like it’s possible that you will soon. No date has been projected yet and the leadership is still discussing the idea but it’s sounding like the potential is high for an IPO.

Part of MOLOCO’s success is because it offers quality products and services that are in high demand with some of the largest companies. Among their clientele are Netmarble, Playrix, King Digital, and several others. Some of their customers spend over a million a month through MOLOCO Cloud. The company serves a diverse group of clients that also includes mobile developers.

16. MOLOCO is big into mobile apps

MOLOCO serves a large number of mobile app developers. These developers come from the gamut of industries including e-commerce, social networking, gaming, fintech, food delivery, ridesharing, and many others. With so many mobile users who depend on their apps for connection and convenience, this is a market that is open to thousands of vertical markets. The potential for growth is exponential for MOLOCO’s services. The company plans to use its new funding to expand the startup’s machine learning engine. There are also plans to put more into the research and development arm to engineer and produce more of its tech products.

17. MOLOCO is getting ready to expand its operations

We also learned that MOLOCO is gearing up for another rapid expansion. So far, the company is operational in California and other parts of the United States and in Seoul, South Korea, but it’s getting ready to spread its services into more parts of the world. With ample funding, the sky will be the limit for MOLOCO. What started out as a small enterprise has grown into a giant in the advertising solutions industry.

18. MOLOCO will launch a new platform

MOLOCO has engineered a new platform and it’s about ready to launch. It’s going to be a beta version of a new retail media platform. This solution will help companies in the e-commerce category to create new revenue streams including sponsored ads and more. This is exciting new ground that the company is getting ready to break as it expands into new verticals.

19. MOLOCO is lunching a new platform

MOLOCO is getting ready to launch its Retail Media Platform, currently in beta, which helps e-commerce companies create revenue streams like sponsored ads. The new technologies are through the concepts that materialized in Ahn’s mind. This is territory that he is familiar with from past job experiences. He is brilliant in taking an idea and turning it into a profitable reality. He is capitalizing on the market created by mobile developers who are eating up the machine learning platform as it has become an essential component of their tech stack for monetizing their apps. MOLOCO is becoming an indispensable service for many developers. It saves them time and money as building one’s own machine learning algorithm can be expensive and time-consuming.

According to LinkedIn, MOLOCO has a workforce of 212 employees listed on the site. MOLOCO is making good on its promise to start building its staff for its next wave of expansion. So far, there are 43 new job openings listed for the company. Jobs are open in Redwood City, California to help build its infrastructure. We also saw jobs for people who live in New York, New York, San Francisco, London, England, Seoul, South Korea, Beijing, China, Singapore, and Seattle, Washington. This is an exciting time in the development of the company. It’s adding a large number of new positions to expand its operations more deeply into the United States and throughout other countries in the world. MOLOCO is poised to become the next leader in its industry and it’s off to a good start. If you’re looking to diversify your current investment portfolio, this company may be going public in the months to come. It’s one to keep your eye on.