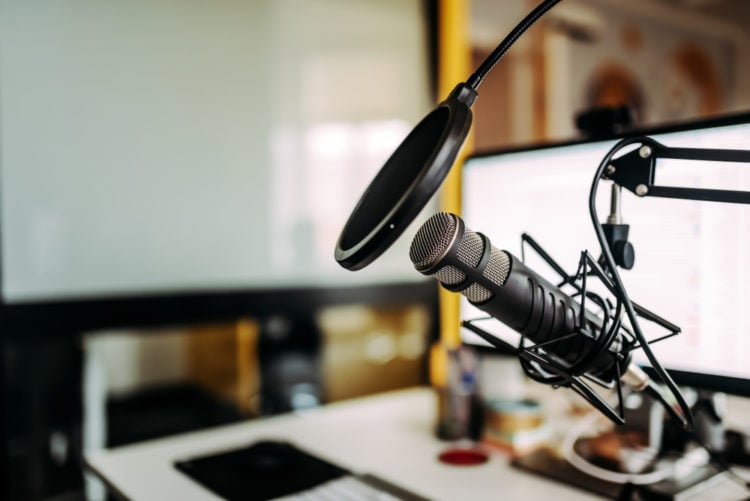 When Doug Imbruce realized that podcasts offer a lot of audio, but only a few get significant numbers of listeners, he decided it was time that listeners got a friendly user experience. Imbruce founded Podz, a personalized app trained to pick the best 60 seconds of podcasts through a technology called “machine learning.” It was recently launched, and although its revenue streams are currently limited since it is not selling ads, here are a few reasons why you should keep an eye on the startup.

The Founder Has a History of Having the Midas Touch

Some people ruin everything they touch while others turn it into gold; Imbruce belongs to the latter category. When he was only 24, Imbruce saw a business opportunity after being inspired by “Cribs’ which aired on MTV. According to Chronicles, the budding entrepreneur had just graduated from Columbia University when he realized that businesses usually offer students a printed college guide tour. He, therefore, decided it was time to have an audio-visual tour through a DVD documentary.

He made college life look like so much fun through a 15-minute disc with a narration and background music. Imbruce reasoned that aspiring college students never got the whole picture through printed guides, which created a disconnect between real college life and their idea of what they could find in the higher learning institutions. High school students who wanted to have a social life could easily learn which college offered them the best while still learning a few more details, most likely unknown to the public. Imbruce launched the DVD project after three years since he had to wait to receive some seed capital. He even got a deal with U.S. News after luring the then specialty marketing manager with a “spot-on” portrayal of her alma mater, the New York University. The startup, U, was launched in 2006, and by February 2007, he had sold over 100,000 copies and donated 500,000 to high school counselors. According to Columbia College Today, the success gave Imbruce the confidence and credibility to potential investors and partners.

He also has Experience in Technology

Indeed U helped Imbruce land future potential investors because by 2013, he had managed to grow another company from the ground up, which attracted Yahoo to acquire it for $50 million. Imbruce partnered with Jay Oh in 2009 to co-found Qwiki. At first, it was a web-search company based in New York, but it later moved to San Francisco, where it re-established itself as a video app for publishers. In 2013, the company relocated back to New York and reinvented itself as a consumer app.

Imbruce was doing so well before even moving back to New York that he attracted investors from all over the world. According to Forbes, when Qwiki won the top prize at an Internet startup conference dubbed TechCrunch Disrupt, his demo attracted Eduardo Saverin, the Facebook co-founder.

Saverin saw the demo while in Singapore and reached out to Qwiki, saying he was interested in the company. Strangely enough, Imbruce had no idea who Saverin was, but through frequent meetings, the two got acquainted well enough for Imbruce also to be captivated by Saverin. He described Saverin as a visionary investor; thus, it is no wonder that by the end of their meetings, Saverin led a Series A round of financing worth $8 million for Qwiki, bringing the total funding then to $9.5 million.

Imbruce disclosed that the company would make money through rich media advertising and by charging interested parties to create their own version of Qwiki. In 2010, he rejected $100 million for Google to acquire Qwiki, saying it was worth much more. In January 2011, Qwiki introduced an iPad app that turned search terms into a video summary. It also changed pictures and videos in one’s iPhone into movies that could be shared. Such features must have been what appealed to Yahoo, and unfortunately, Imbruce’s decision to hold out cost him. He only got $50 million, half of what he could have received three years earlier.

According to Yahoo! Finance, there is a big market for audio-programming evident from the moves that other tech firms are making. For instance, Apple acquired Scout FM while Amazon bought out Wondery, a podcast publisher. Imbruce believes that despite podcasts being isolated, they still are more interesting than common social media apps. Therefore, he launched the app on February 10, 2021, and it has captured celebrity investors’ interest.

Paris Hilton, Katie Couric, and Maria Schiavocampo are among the celebrities that see the potential of Podz. Hilton said that she is an innovator and businesswoman who sees no limits to audio power. She explained that her reasons for investing in Podz were that she has her podcast, “This is Paris,” and the app would narrow the gap between audio and social media. Couric, on the other hand, explained her interest lies in saving time. The journalist said that she usually is overwhelmed by the amount of content there is. She gets tired of browsing through podcasts; thus, Podz offers her the main advantage of sampling interesting podcasts without spending nearly an hour deciding which episode best suits her.

The decision to launch a “podcast filter” is ideal, especially now that Americans embrace audio. According to Gartner, in 2020, over 155 million listen to podcasts, and 24% tuned in weekly. The fact that significant rivals like Spotify are continually investing in podcasts to remain at the top is reason enough for Podz to persist in the journey of success. It has raised $2.5 million in seed capital and has ten full-time employees. The app allows users to record their audio, create highlights and share them. This is all that Qwiki did, so maybe Imbruce is also planning to get Podz off the ground before selling it to the highest bidder.