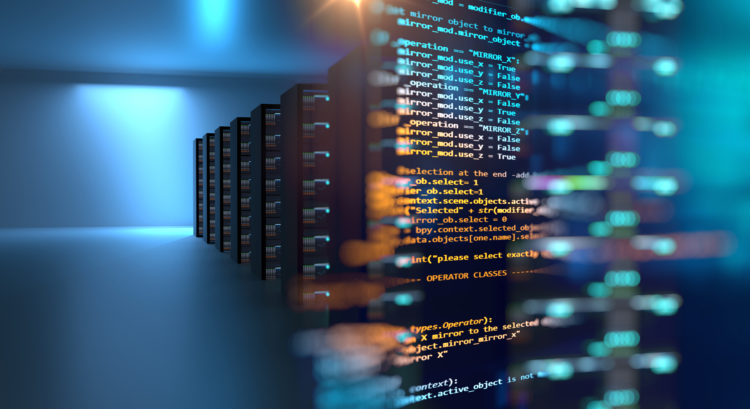 Sumo Logic is a company that provides cloud-based machine data analytics to clients. The solutions it provides focus on the provision of big-data for real-time IT insights. The highly complicated solutions are configured for ease of use by the end-user and they provide valuable insights for business professionals working on strategic planning for their organizations and much more. Although the descriptions for Sumo Logic’s solutions are complex, it can be simply explained as a company that provides software solutions that help businesses to understand what their data means and to access this data, organize it, and analyze it in more meaningful ways while enhancing the security of the systems. Here are 20 things that you didn’t know about Sumo Logic.

The founders of Sumo Logic are Kumar Saurabh and Christian Beedgen. The company was established in 2010 with its headquarters in Redwood City, California. Saurabh serves as the Vice President of Engineering for the firm. He brings experience from his former employment at ArcSight. Beedgen is the CTO of Sumo Logic, also formerly of ArcSight. The founding Vice President of Product and Strategy is Bruno Kurtic, previously employed at Sensage. The Chief Executive Officer is Ramin Sayar, previously working for VMware. He joined the executive leadership team in 2014, replacing Vance Loiselle.

Sumo Logic employs a unique technology that operates from an elastic petabytes scale system. The platform collects enterprise log data, manages it, performs analysis and provides real-time security insights from millions of log lines in a short period of time. Scores of data from the log lines are reduced into these real-time insights as useful data. The architecture keeps all log data available from data that is retained from global distributions that can be instantly analyzed on an as-needed basis. This puts greater control over the data that is housed within the systems of enterprise at the fingertips of professionals who need it the most.

Security is a key feature of the solutions offered by Sumo Logic. It offers data archiving, backups and restoration features for enterprise companies. This cloud-based service required no maintenance and is scalable for the size and requirements of each individual client.

4. Sumo Logic is modeled after Google

This company uses machine learning algorithms to group massive amounts of log file data into organized groups, similar to the systems that are used by Google. The processes make it easier for administrators to gather and analyze the data within their systems. This platform is similar to that used for Google News, which categorizes news stories from throughout the web.

There is a free version of Sumo Logic available. It offers the full functionality of its analytical solution through Amazon Web Services. Sumo Logic for VMware is intended for enterprise searches of VMware logs for use in VMware virtual environments for monitoring and detecting events in real-time. This product was launched in 2012, and in 2016, Sumo Logic delivered an enhanced data analytics platform that uses graphical interactive dashboards to unify logs and metrics. The company offers a variety of solutions, some of which are free and others are offered at a premium.

Executives who are in charge of making important decisions for their companies benefit from the solutions offered by Sumo Logic. The software solutions provide access to a myriad of data that is organized and analyzed in seconds, to provide decision-makers with the facts about operations, demographics, flow, and much more. In some cases, consumer behaviors, site efficiency, and other information is made readily available in a usable format. The software provides information about events that have a potential impact upon businesses so decision-makers can plan in accordance with the facts versus going on assumptions.

Most companies maintain a log of data that is hidden within their systems. The solutions offered by Sumo Logic have the ability to pull this data from all corners of the network and organize them into meaningful information sets. The functions are useful in finding information and compiling it in groups that make sense to reveal answers to common business issues that were once obscured. The solutions allow companies to monitor, secure and optimize their apps for the most efficient production of useful data by analyzing logs, metrics, and events.

8. Sumo Logic is a growing company

After visiting the Sumo Logic LinkedIn page, we discovered that there are 857 workers employed with the company. We assume that the business is currently expanding as it has listed a total of 44 position openings and it is actively recruiting for more help. We noted that the job locations are spread throughout various cities within the United States including an Enterprise Sales account Executive position in Nebraska, on in Redwood City, California for the same position, and a third being offered in the San Francisco Bay area.

9. Sumo Logic has the largest base in the United States

Sumo Logic has posted relevant information about the number of employees currently working for the company, along with where they live. There are 602 staffers in the United States with 360 of them living in the San Francisco Bay Area, 78 in the Greater Denver, Colorado area. There are 33 in Austin, Texas, 21 in New York City, and 14 in the Boston area.

10. The company employs people in other countries of the world

Sumo Logic has other offices around the world. The company employs 109 workers in India with 44 in the New Delhi area and 30 in Noida Area. There are 49 in Poland with 39 in the Warsaw, Masovian District. there are 22 in Australia with 14 in the Sydney area and the rest distributed in other cities. There are 34 in the United Kingdom with 17 located in London.

11. Sumo Logic has an educated workforce

Sumo Logic made the acquisition of the SASK Labs, Inc. company. JASK is a cloud-native autonomous security operations center software provider. The company is a leader in this type of security intelligence solutions for digital businesses. This adds to the scope of solutions that Sumo Logic will offer its clients. The acquisition of the company was made in 2019, but the amount of the purchase has not yet been disclosed, nor have the details of the closing contract on the deal.

13. Sumo Logic is moving into the next generation of solutions

Sumo Logic continuously upgrades and enhances the security measures that are built into the software they offer clients. The Continuous Intelligence Platform functions across multi-cloud infrastructures and hybrids in conforming to the requirements for the teams who strive to meet initiatives for digital during and transformation. This is evidence of Sumo Logic’s evolution with the changing IT environments and growing security needs.

For Sumo Logic, it’s all about continuous improvement in an ever-changing digital world. Thanks to the acquisition of JASK, the ASOC software that has been acquired along with the company improves the work of security analysts in a highly intelligent manner by addressing alert fatigue. It automates repetitive tasks to improve the workflow. The system interprets the data and converts the information into security alerts that give the analysts insights that they can take immediate action on. It helps by issuing alerts for detection for faster and more efficient response time.

The merging of Sumo Logic with JASK has increased the portfolio of each company adn it has created a broader ecosystem of partners and customers. Combining the knowledge and capacity of each company has enhanced the available technology for the generation of greater automation in the right processes. New employees imported from JASK have created a more diverse pool of engineering talent along with domain expertise fo a winning combination. It also resulted in the addition of an Austin, Texas office.

This company is backed by venture capital funding. So far, the total funding amount raised has been $340 million in 6 rounds. The most recent round closed on May 8, 2019, in a series G round that was led by Battery Ventures, raising $110 million. Prior to this, a series F round led by Sapphire Ventures raised $75 million, closing June 27, 2017. Series E funding led by DFJ Growth raised $80 million, and prior to that $30 million was raised in a Series D round led by Sequoia Capital, with a round of Series C funding by Accel raised $30 million. Greylock Partners led a round of Series B funding on January 31, 2012, raising $15 million.

Sumo Logic is a company that has gained high levels of confidence from its investors. There have been 6 lead investors with a total number of 13, placing their bets on the success of the company. Among the top investors not mentioned are Franklin Templeton Investments, Tiger Global Management, Sutter Hill Ventures, Institutional Venture Partners, and others.

18. Sumo Logic has acquired 2 other companies

In addition to purchasing JASK Labs Inc, Sumo Logic also purchased the FactorChain company. FactorChain specializes in the delivery of speed for system defenses at scale. The plans for acquisition were announced on January 23, 2018, and the purchase took place prior to the acquisition of JASK Labs, Inc. This has led to the significant growth of Sumo Logic in terms of staffing for the development of continuous improvement of the solutions offered.

Sumo Logic has not yet filed for an IPO. It remains a privately owned company that is funded by investors who put up venture capital for its operations and expansion. There has not been any indication of plans to take the company public for trading on the stock market.

20. Sumo Logic is now a unicorn

Startups that achieve a total valuation of $1 billion or more join an exclusive group of companies that are called unicorns. This is a mark of tremendous success, and Sumo Logic made the grade after the last funding round that brought in an additional $110 million in a Series F round that was led by Battery Ventures. The lead venture group was joined by Franklin Templeton, Tiger Global Management and other investors to bring the total amount of venture capital funding to an amazing $345 million. Although the precise valuation of the company has not yet been disclosed, Sumo Logic proudly made the announcement to the public that they have achieved the billion-dollar level. This is a company that is worth keeping an eye on. Although it has not made stocks available for general public trading, you never know when the owners may make the decision to take this route.

The 10 Best Restaurants in Hanoi, Vietnam

How Adam DeVine Achieved a Net Worth of $8 Million