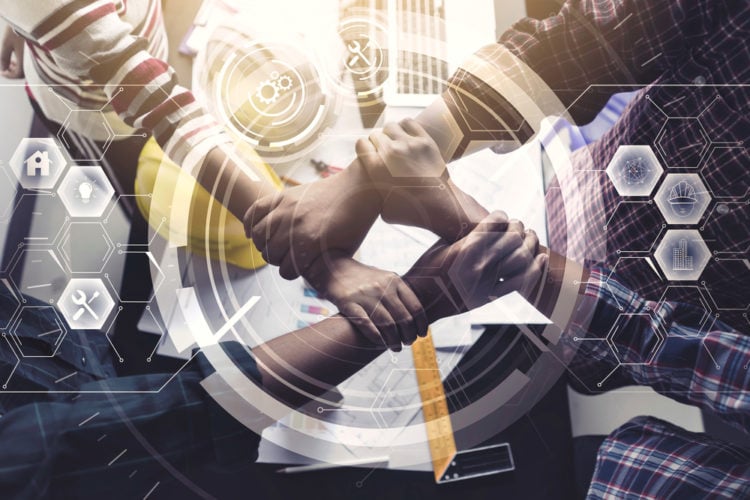 Unity Technologies is a company that develops and provides tools and services for interactive content developers. The platform provides real-time 3D development tools that enable users to create, operate, and monetize their experiences for the real-time world. The most appealing aspect of its products is that anyone of any skill level in any industry can use the platform for the creation of 3D visual content. If you’re hearing about this company for the first time, here are 20 things you probably didn’t know about Unity Technologies.

1. UnityTechnologies is a versatile enterprise

According to Crunchbase, Unity Technologies is listed across four distinct industries under the technology umbrella. It uses augmented reality and virtual reality technologies. It also provides a developer platform for its customers along with mobile apps. The tools and services it provides are useful for people of all skill levels across most industries.

2. It is an established company

Unity Technologies is not a new startup. It’s been around for 17 years. The business was founded in August of 2004 by founders Joachim Ante, David Helgason, and Nicholas Francis. The legal name of the business is Unity Technologies Inc. Its headquarters are in San Francisco, California.

3. Unity Technologies has a core executive leadership team of 8 members

The executive leadership team of Unity Technologies is comprised of 8 core members with a tool of 113 total staff members. John Riccitiello is the chief executive officer. Joachim Ante is the chief technology officer. Clive Downie is the chief marketing officer. Danny Lange is the vice president of artificial intelligence. Timoni West is the director of XR research. Toni Parisi is the head of VR/AR brand solutions. Wayne Johnson is a software engineer. Shanee Nishry is a software engineering lead.

4. Unity Technologies is advised by an 8-member board of directors

6. The overhead is high for Unity Technologies

Although Unity Technologies has not disclosed its annual IT cost, from experience we know that it’s expensive. The kinds of technology products that it uses at a large scale can easily cost more than $100 per year or more. We estimate that the company spends a minimum of $100k annually for its overhead in technology products and services fees and the cost of IT staff to keep it all working smoothly and seamlessly for website visitors.

The analytics for the Unity Technologies website shows that there were 7,095 downloads made within the past 30 days. These downloads are made primarily through the Google Play and iTunes Connect App Stores. The most popular download is Unity Remote 5, followed by Unity Reflect Review, Unite Event App, Ad Testing, Angry Bots, Unity Face Capture, Unity Virtual Camera, SynthDet Viewer, and Maze. This list represents the gamut of downloads offered by Unity Technologies.

The analytics for the Unity Technologies website reveals that within the past 30 days, there were 20,302,511 visitors to the website. These high numbers representing the web traffic have resulted in Unity Technologies receiving a ranking of number 2,673 of the millions of companies that are registered on the world wide web. It is a high number that tells us it is one of the most visited websites on the internet today.

9. Unity Technologies is the most popular in the United States

10. Unity Technologies is a publicly-traded company

Unity Technologies has participated in a total of nine fundraising rounds with the most recent completing July 25, 2019, from a secondary market round. It is listed on the New York Stock Exchange under the ticker symbol U. Opening day for Unity Technologies on September 17, 2020, saw a stock price of $52.00 per share at its initial public offering.

11. Unity Technologies is an investor-backed

The company is funded by a total of 18 investors. The most recent investors to join the efforts include Light Street Capital and D1 Capital Partners with five lead investors. Other investors in Unity Technologies include Bienville Capital, Sequoia Capital, Canada Pension Plan Investment Board, Silver Lake, Altimeter Capital, also a lead investor, DFJ Growth, and others.

The first acquisition that Unity Technologies made was a company called ChilliConnect. The deal closed on October 3, 2019. ChilliConnect is a Dundee City, United Kingdom company that has become a leader in the provision of Live Game Management solutions. It provides tools for modern game developers that simplify the process. The company had received a $450K total amount of funding before the acquisition.

Unity Technologies made a second acquisition in Europe, this time, setting its sights on the country of France for its expansion and growth. It acquired a company called Obvioos. The business is situated in Lille, Nord-Pas-de-Calais, France. It specializes in changing the way that architectural visualization is done. The announcement of the acquisition was made on November 1, 2019, and has been completed, resulting in Obvioos becoming a subsidiary of Unity Technologies.

The final acquisition that Unity Technologies announced on December 23 for the 2019 year was for a company called Artomatix. The acquisition specialized in providing software using artificial intelligence for realistic 3D art creation. It is headquartered in Dublin, Ireland, further extending the reach of the company into other parts of Europe. Artomatix had received a total funding amount of $12.2 million before it was acquired by Unity Technologies.

15. The most recent acquisition is Parsec

The most recent acquisition made by Unity Technologies was announced on August 10, 2021. Parsec is a company that provides access to technology, work, and games across any device from anywhere. The company is based in New York, New York, and had a total funding amount of $33 million before the acquisition. The total cost of the acquisition of Unity Technologies was $320 million. Unity Technologies has made 21 acquisitions. The company has acquired a total of 21 companies. In addition to the previous four listed, it also gained ownership of SpeedTree, PiXYZ Software, VisualLive, RestAR, Codice Software, Finger Food Studios, and several others. It’s been on a roll since 2019 when it first began identifying businesses that would help to fulfill its strategic plans for future growth and development and it’s becoming a giant within its niche of the industry.

16. Unity Technologies was founded under a different name

According to Wikipedia, when this company was first established in 2004, it wasn’t as Unity Technologies. The first legal name of the company was Over the Edge Entertainment, with the acronym OTEE. It was first founded in Copenhagen by Nicholas Francis and David Helgason. The two serve as CCO, and CEO, respectively., with third co-founder Joachim Ante serving as CTO. The first game released by the startup was available in 2005, titled GooBall, but was a commercial failure. They turned their focus to creating an engine for developers to use. This is how the company made its transition to a new platform.

17. Unity Technologies is recognized as a game-changer

Unity Technologies used its platform to improve the tools that were available for game developers. The products were so useful and appreciated that the company received public recognition and accolades. It was runner up for the 2006 Apple Design Award “Best Use of Mac OS X Graphics” award. Although they were not the winners, the honorable mention helped to boost business and give them some press. The company officially changed its name from Over the Edge to Unity Technologies in 2007.

18. Unity Technologies is an exit unicorn

Before Unity Technologies went public in September of 2020, it had reached a pinnacle of success. The enterprise had raised over $600 million in venture capital and equity funding through its investors, and it had also reached a high valuation. In 2018, Unity Technologies had a valuation of $3 billion, which was three times the required amount to join the elite and exclusive group of companies known as unicorns. Its revenue streams grew as well with licensing fees for the game engine it provides, the unity Platform, and the Unity Asset Store.

Unity Technologies had its first major round of controversy in the summer of 2019, The former vice-president of human resources for the company, Anne Evans, filed a sexual harassment lawsuit that also included a wrongful termination assertion against the company. She alleged that Riccitiello and one other co-worker had sexually harassed her. She claimed that when she spoke up, she was terminated. She further asserted that the workplace culture at Unity Technologies was highly sexualized and that fee talk about sexual histories was frequent among executives. The company stated that Evans’ termination was for the causes of lapse in judgment and misconduct. The resolution for the lawsuit has not yet been rendered. Evans was replaced by a former Microsoft executive in 2020, after her termination.

20. Unity Technologies has a massive workforce

According to its LinkedIn page, Unity Technologies employs a massive workforce of 5,282 staff members throughout the globe. In addition, the company is planning to expand its workforce yet further with a hiring campaign that will add more than ten percent more to its current workforce. Unity Technologies has recently listed a whopping 602 more open positions in its new talent recruitment campaign. In addition to jobs opened throughout all regions of the United States, there are also openings in various parts of the globe. International openings include Brighton, England, Periera, Risaralda, Colombia, Port Coquitlam, British Columbia, Canada, Calgary, Alberta, Canada, Vancouver, British Columbia, Canada, London, England, Ghent, Flemish Region, Belgium, Seoul, South Korea, Vilnius, Lithuania, Copenhagen, Denmark, Kaunas, Kauno, Lithuania, Singapore, Tokyo, Japan, Helsinki, Finland, Shanghai, China, Berlin, Germany, Paris, France, and many other cities throughout the world. We’re about to see a massive expansion of Unity Technologies on a global scale.