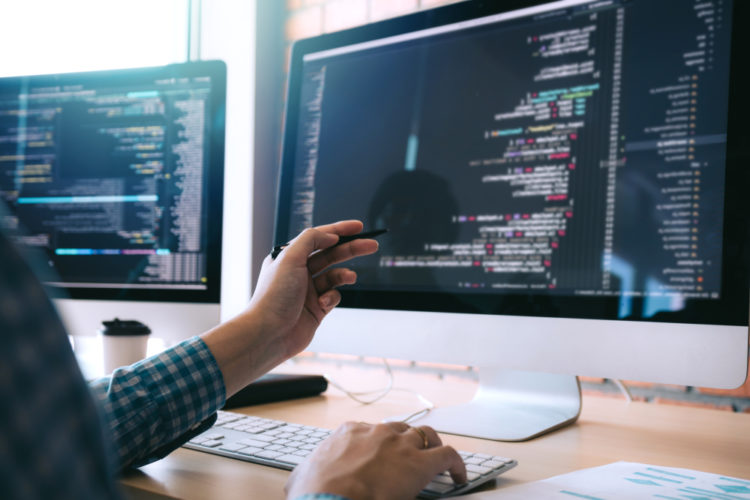 BigID is a software company that has been making the news recently with I actionable intelligence-based platform that helps clients find critical and sensitive data from anywhere. It enables organizations to know their enterprise data with next-generation cataloging, classification, cluster analysis, and correlation across all types of data. The company is on the move and is becoming a giant in its niche. To help you become better acquainted with this quickly growing startup, here are 20 things you didn’t know about BigID.

1. BigID is growing and expanding

According to LinkedIn, BigID is currently hiring. It has listed 48 job openings at various locations throughout the world. This signals a surge in growth and expansion in the business. New positions are open at its offices in Tel Aviv, Israel, in Sydney, Australia, London, England, and various cities throughout the United States. This adds to its current workforce of 295 workers throughout the range of cities that the company offers its services. It further suggests that BigID is once again on the move with an expansion of its workforce, adding dozens of new jobs with some that are specific to certain areas, and others offering remote work opportunities.

2. BigID is a data intelligence platform

The software company provides clients with a suite of technologies within its platform. What makes it so popular among big businesses? It offers privacy governance, identity protection, and PII risk management, which is a growing concern in a time when hackers are becoming more sophisticated. It also provides clients with privacy analytics, security, privacy compliance, data governance, data protection, security, compliance, analytics, breach response, cybersecurity, and privacy automation.

Another benefit of using the BigID platform is that it is customizable to meet the needs of various clients across all known industries. Everyone needs the most comprehensive protection for their sensitive and critical data. Each business has a set of unique needs. BigID’s solutions are customizable and meet the needs of all industries, and include special HIPAA considerations for those that operate within the medical and healthcare realms.

5. Most BigID employees work from the United States

We looked into the distribution of the workforce for BigID to get an idea of where the majority of its employees reside. The largest concentration is in the United States with 152 American workers at the headquarters in New York City, followed by Austin Texas, San Francisco Bay, and Boston. Next is Israel with 102 employees in Tel Aviv and other parts of the country. There are also BigID workers in Reading, UK, London, Brazil, Switzerland, and India.

7. BigID is good for financial institutions

According to BigID, BigID’s business solutions are good for financial institutions when it comes to compliance with the strict regulations on the industry. Some are in violation and they don’t even realize it. There may be high-risk data that are hidden in various locations across the enterprise. Hidden data is found through the software solutions, and categorized. This allows staff to protect data that has been sitting in hidden areas, to bring them into compliance.

8. BigID is programmed in alignment with industry standards

The National Cybersecurity Federally Funded Research and Development Center has issued industry standards that many countries now require for international trade and business transactions It’s a worldwide movement to secure data to prevent cybercriminals from hacking into systems that contain sensitive and critical data. Breaches could lead to catastrophic damage for thousands of businesses and millions of customers. The technologies and products offered by BigID help to ensure that companies pass the rigid standards and new rules that have come into play for a safe and interconnected data infrastructure that puts security and personal privacy as a top priority. In many cases, it’s a matter of national security.

The products offered by BigID are adaptive technologies that can confirm through time to changing laws and regulations. The GDPR and CCPA are in charge of creating new rules for international business operations and setting up the parameters required in terms of data protection for companies. Any companies that do not meet these rigid standards are not allowed to conduct business internationally with some countries that are locked into the new standards. The rules continue to change and evolve for the protection of sensitive and critical data. BigID’s products and services are adaptive to ensure compliance in a world where the rules continue to change. This is a part of its popularity with major companies and organizations. It adjusts to prioritize its services to include any changes that happen in the regulatory system. This gives clients confidence in the quality of advisement and assistance the software provides.

10. The founder of BigID is Dimitri Sirota

According to Crunchbase, Dimitri Sirota is the founder and the CEO of BigID. He launched the startup in 2016. Although BigID has only been in operation for under 6 years, it has grown to become one of the biggest and most successful companies of its kind. Sirota has founded two companies. He sits on advisory boards for 6 different organizations and brings years of business experience to the company.

There are 16 members on the executive team for BigID. They include Dimitri Sirota as co-founder and chief executive officer, Nimrod Vax as the other cofounder and CPO, Eyal Sacharov, the vice present of research and the chief architect, Uri Vaxx as Team Lead, Yoav Tigerman as a software developer, Rave Shem Tov the software engineer, Scott Casy, COO and CFO, and James Hseih as director of client support.

BigID maintains a larger board of directors and advisors to ensure that the company is moving in the right direction. Most members joined when the company first formed in 2016, with a few others added the following year. Board members include Eliot Durbin, Jay Leek, Gil Beyda, Ed Sim, David Unsworth, Steve Coplan, John Cordo, and JR Reagan.

13. BigID is listed across five industries

BigID offers a complex array of services for its clients. It is a versatile platform that covers various high-stakes business considerations. It’s classified under five different categories on the internet. These include artificial intelligence, big data, cybersecurity, risk management, and software. Technically, it falls under each of these categories in classification.

The products that BigID provides customers are user-friendly and work their magic behind the scenes. It delivers security to a host of vital services through the use of 71 different active technologies distributed across 41 technology products. These are complex, and help to power the website as well as the software. It includes Viewport Meta, IPhone/Mobile Compatible, SPF, Google Analytics, jQuery, and HTML5 just to name a few. Although this type of food complicated technology is expensive to develop and operate, BigID still manages to turn a profit even with its high overhead costs.

15. BigID’s customer base is rapidly expanding

The monthly statistics for BigID are impressive. The company is gaining a larger customer base and adding new clients monthly. The average number of monthly visits to the website is 80,729. The current analytics system for monitoring and tracking the growth rates shows that the monthly visits have increased an average of 57.49 percent. Although the conversion rate has not been included, it’s still good news for the company, showing an increased interest in and usage of the website.

BigID has been successful in attracting some of the larger venture capital firms for investment in its continued growth and success. It is considered to be a late-stage venture capital-backed business with 9 rounds of funding completed so far. The last fundraising event was a Series D round led solely by Advent International with just 1 investor. The round closed on April 22, 2021, and brought in an additional $30 million in funding.

BigID has been fortunate to secure the confidence of 8 lead investors with a total of 16 investors who believe that the company will continue to grow, expand, and deliver a good return on investments. In the lead are Advent International, Tiger Global Management, Salesforce Ventures, Bessemer Venture Partners, and 3 others. Other investors include Boldstart Ventures, Clearsky, Genacast Ventures, Glynn Capital Management, Scale Venture Partners, and several others who remain anonymous. This type of support has been the catalyst for BigID’s fast growth and rapid expansion as an international software startup that has reached a high pinnacle of success in just a few short years after its launch.

Over 9 funding rounds, BigID has raised more than $246 million in venture capital for startup and expansion. A seed round in March of 2016 brought in $2.1 million, led by Boldstart Ventures and Genacast Ventures. This was followed by an additional seed round in January 2017, a Series A round in January of 2018, bringing in $14 million, another $30 million in a Series B round in June of 2018, a Series C round that brought in another $50 million in 2019, continuing with an additional $50 million n 2020, and the most Series D funding round that recently closed.

19. BigID is a privately held business

Sirota has not needed to file for an initial public offering for BigID. He prefers at this point to not take the company to the public stock exchange. BigID has all the financial backing that it needs to grow and prosper without the need to move it into the public trading sector. He still maintains controlling interest in the company, with investors assuming a stake in the business as a reward for their generous financial support.

BigID hs made it to the level of a unicorn. The current valuation of the startup is placed at $1 billion, which is the minimum number required to join this elite group of companies. It’s a huge mark of success, but it’s likely just the beginning In a recent announcement, according to Techcrunch, BigID hs plans to allow third-parties to build applications on top of BigID’s exiting platforms. This is a plan that was put into place for 2021 and is in process currently. This will allow others to use BigID’s existing technology and build upon those, which is likely to result in even bigger revenues for BigID.

The 20 Best Things to Do in Westport, CT

How the Pink Squirrel Cocktail Got Its Name