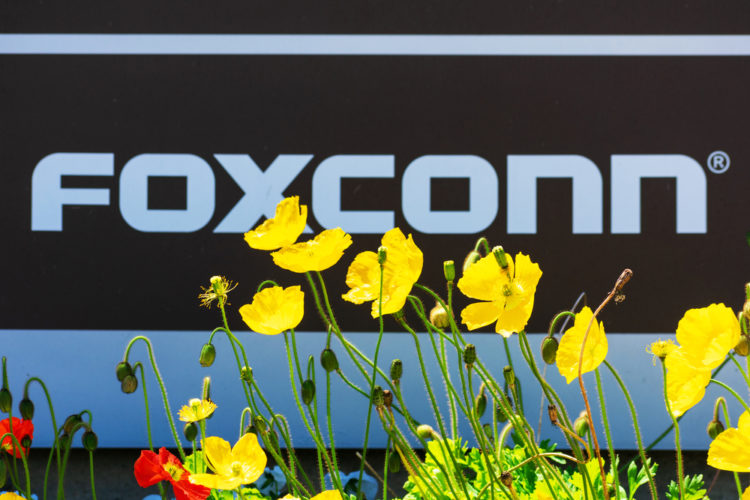 Foxconn is a Taiwanese startup that has evolved into a multinational electronics contract manufacturing company. It has grown to become the largest of its kind in the world. Additionally, it is the fourth biggest IT company if you’re ranking by revenue. The enterprise has been making news around the globe recently with its massive plans for the expansion of its electric vehicle plants throughout select parts of the world. If you’re not yet familiar with this operation, here are 20 things you probably didn’t know about Foxconn.

1. Foxconn is an established company

According to Crunchbase, Foxconn was founded in 1974. The enterprise has been active for forty-seven years. It is an established business with its headquarters in Tucheng, New Taipei, Taiwan. It is also known as Hon Hai Precision Industry Co., Ltd. Foxconn Electronics, Inc, its legal name. Other names that it is known by are Foxconn Technology Group, Fushikang, Honghai Keji Jituan, and Foxconn.

2. Foxconn is a multinational company

3. Foxconn is led by a core team of 8 executives

The core executive leadership team at Foxconn is comprised of 8 key members. Alan Yeung is the director of US strategic initiatives. Fang Ming Lu is the general manager of the Asia-Pacific Region and board of directors. Min Chih Chuo is the corporate supervisor. Louis Woo is an executive. Daniel Ying-Tso Lai is the senior deputy manager. Terry Gou is the founder of the company. Aymar de Lencquesaing is a vice-chairman. Jack Lee is a founding partner and executive director.

4. Foxconn has a small board of directors

Foxconn Technology Group actively uses a massive 89 technologies to power its website. Some of these include Viewport Meta, iPhone Mobile Compatible, SSL by default, Microsoft Office 365, Amazon SES, Microsoft Outlook, and dozens of others. Although the company has not disclosed the overhead budget for IT expenses, we have learned by experience that the costs of running so many different technologies, products, and services can easily reach hundreds of thousands of dollars per year, if not into the millions. It’s just the cost of doing business for companies that operate on this magnitude.

6. Foxconn has hit the sky on the number of patents

Foxconn has secured a staggering number of registered patents. The data shows that it has registered 5,863 patents mostly in the basic electric elements category. On top of the thousands of patents, it has secured, it also has registered 65 trademarks primarily in the scientific and electric apparatus and instruments category. It’s worth noting that these patents and trademarks provide Foxconn with sole rights to the intellectual properties contained therein, legally. None of its competitors may use the same products and technologies that are protected, neither can they copy or imitate them. These factors help Foxconn to remain unique within its niche of the industry, and to stand out from all the rest.

7. Foxconn has a high traffic volume on its website

The Foxconn website receives a high number of visitors. The analytics for the company shows that over the past 30 days, there were 119,080 visitors who either viewed the website or used it. This number has given Foxconn Technology Group a ranking of number 244,988 out of the millions of websites registered on the world wide web.

8. Foxconn is the most popular in Japan

Foxconn made its first acquisition on January 1, 2007. It acquired the Ennoconn Corporation for an undisclosed amount. The startup designs industrial motherboards. It also provides total hardware system solutions for a variety of vertical market applications. Upon completion of the purchase, Ennoconn began its function as a subsidiary of Foxconn. The company is located in Taipei, Taiwan.

On March 30, 2016, Foxconn acquired the Sharp company of Sakai, Toyama, Japan. This is a well-known brand that manufactures and sells electric telecommunications, electric, and electronic equipment. Before the acquisition, Sharp had made one acquisition. Foxconn paid $3.6 billion to close the deal and Sharp now functions as a subsidiary company under Foxconn.

Foxconn initiated the acquisition of a company called TeleEye on April 13, 2016. The surveillance camera developer company is headquartered in Shenzhen, Guangdong, China. Foxconn paid $203 million for the company which will become a subsidiary of the parent company. It helped to expand Foxconn’s reach into China while also adding greater diversity to the products and services that the company has to offer.

Foxconn advanced its expansion strategy into the country of Canada when it acquired a company called SMART Technologies. The startup’s headquarters are located in Calgary, Alberta, Canada. It provides technologies that include interactive whiteboards in addition to other group collaboration tools for meeting rooms and classrooms. The acquisition was made on May 26, 2016, for a cost of $200 million. Before the acquisition, SMART Technologies had made one acquisition. It now operates as a subsidiary of Foxconn, along with the company that it acquired before the sale.

On May 25, 2017, Foxconn acquired a company called flnet.com. The company is headquartered in Shenzhen, Guangdong, China. it is an e-commerce platform for a variety of devices. The list includes LCD TVs, portable TVs, one machine, laptops, PCs, and Tablets. The cost of the acquisition to Foxconn was CN¥2B. Upon completion of the deal, flnet.com became a subsidiary company under Foxconn as the parent company. This was yet another strategic move on the part of Foxconn to increase its presence in the country of China.

On August 22, 2018, Foxconn announced the acquisition of Moran Cognitive Technology. The cost of the acquisition was $10 million. The company is headquartered in Beijing, China. It was founded in May 2016 and received a total funding amount of $22 million before the agreement with Foxconn was announced. The transaction is still listed as pending and the terms of the agreement have not yet been disclosed.

The ninth and most recent acquisition that Foxconn made was announced on December 1, 2019. It has agreed to purchase a company called Sonder Design for a price of $9.8 million. This is yet another strategic move by Foxconn, as the new acquisition is headquartered in Sydney, New South Wales, Australia. The business helps business owners to create beautiful products that help them better connect with their customers. The terms of the acquisition included cash and stock and the transaction has reached the status of completion. Sonder Design continues to function as a subsidiary of Foxconn. The deal helped Foxconn to gain a stronger presence on the Australian continent in its forward movement into becoming a multinational company with a global reach.

17. Foxconn is preparing for further expansion into the US and Thailand

According to Techcrunch, Foxconn is preparing to move more seriously into electric vehicle production. It’s moving forward with plans to build electric vehicle factories in Thailand and the United States starting in the year 2022. The plan is to begin mass production of electric vehicles to get in on the emerging market for them. This will likely lead to further expansion into vertical markets in the years to come. Foxconn has made agreements and formed partnerships with Fisker and other clients to start production near the latter part of 2023. The two companies made joint investments in a new vehicle called the Project Pear with plans to split the revenue generated through the project at a US facility. Further plans for establishing plants in Europe are currently under discussion. It’s further been announced that Foxconn has plans to build a many as 200,000 electric vehicles at a Thai factory each year, in a joint venture with PTT, an oil and gas conglomerate in Thailand. This will signal a new division for Foxconn as it expands more heavily into the EV niche of the automotive industry.

Foxconn has been at the center of a few controversies in the past decade. The Shenzhen factory was the epicenter of the 2010 crisis where there were a series of employee suicides. It was alleged that the low wages that the company paid, combined with work hours that often extended far past legal limits for overtime led to the fragile emotional state of the workers. Overworked for low wages, the suicide rates among workers at Foxconn were high. This was a negative mark that suggested Foxconn was guilty of mistreatment of their workers.

19. Foxconn has a massive customer base

We were shocked at the massive number of customers that are regular customers of Foxconn. They provide services for some of the largest companies in the world. Customers in the United States include Amazon.com, Apple, Inc., Dell, Fisker Inc., Google, Hewlett-Packard, InFocus, Intel, Cisco, the Microsoft Corporation, Motorola, Mobility, and Vizio. They serve BlackBerry Ltd. in Canada and Acer Inc in Taiwan. In Japan, customers include Nintendo, Sega, Sony, and Toshiba. HMD Global Under the Nokia Brand is a customer from Finland, and in China, Huawei, Lenovo, and Xiaomi are all either current or former customers.

Foxconn employs more than 74,000 workers in its current workforce. We were interested in learning more about their plans for adding to their current staffing. According to the LinkedIn profile for the company, Foxconn is currently hiring. They’ve listed 333 open new jobs. Many of the most recent postings are for open positions in Racine, Wisconsin, as well as for various cities throughout cities in California, Singapore, Mexico, Shanxi, China, and Pardubice, Czechia. They’re offering jobs all over the United States and in other key cities in countries throughout the world.