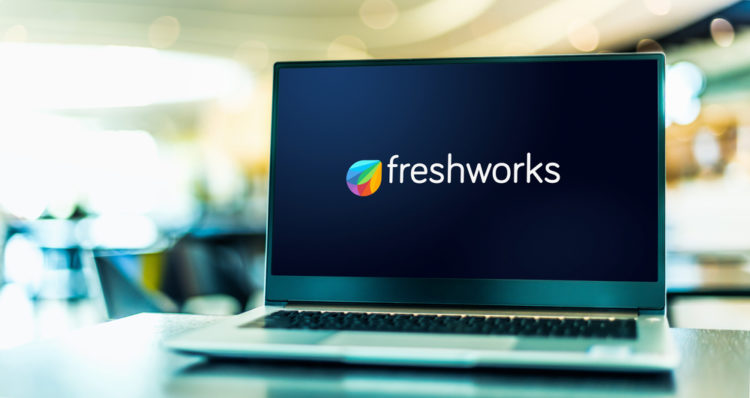 Since the advent of the internet, many startups and companies have come about to make sure that certain online problems are sorted out efficiently and effectively. One of the said successful startups is Freshworks. However, unlike most startups, it did not take a lot of time after the company was set up for people to realize that it was destined for greatness. As you will see later on, one of the company’s first clients was a large public educational body, a fit that not many companies, let alone startups, can claim. Freshworks has been around for more than a decade now, and even though it has continued to increase in popularity over that period, there are still those that do not know what it is all about. To remedy this, here are twenty things you might not have known about Freshworks.

Freshworks is a company that provides software that assists in customer relations and support, according to Bloomberg. The said software makes it possible for small and medium-sized businesses to communicate and support their clientele through many means, such as phone, email, websites, and even social media platforms. According to Market Finder, Freshworks offers its clients many products, including a knowledge base, community forums, and self-service platforms. This helps to ascertain that the clientele can leverage almost all forms of communications and mainstream social media when it comes to customer support.

The company was founded by Girish Mathrubootham, according to Google, who later brought in Shan Krishnasamy to be a co-founder. The conceptualization of Freshworks came about when Girish Mathrubootham bought a broken TV. In an endeavor to get the problem fixed, he tried to contact the people who had sold it to him, but his efforts bore no fruits. This was when Girish identified the need to remedy the unsatisfactory customer service experience that had ravaged Indian enterprises at the time.

Girish Mathrubootham started Freshworks small. He started the company in 2010 and had his headquarters in India, more on that later. The said headquarters was an air conducting warehouse in Chennai, a metropolis located in the southern part of India. At the time of starting, he had employed just six people, all of whom he described as rock star programmers, to help him develop the program and make sure that it was running as effectively as possible.

Four days after launching his company, Girish Mathrubootham was able to lock down his first client, and a very impressive one at that. Atwell College, a public high school located in Perth, Australia, made a couple of inquiries about the product and even spent a couple of hours poking through the platform that Mathrubootham and his team had been able to design so far. It is an understatement to say that they were almost instantly impressed, and they signed up to become the company’s first client. What is more impressive is when you consider the fact that Perth is located nearly four thousand miles from where the company was based at the time.

A good product can market itself, and Freshworks is a quintessence of this. Within the first 200 days after the conceptualization of the company, Freshworks had been able to build quite an impressive clientele roster. The said roster comprised a bit over 200 small and medium businesses and customers, and what’s more amazing is that the said clientele was spread out worldwide. Thus, even before the company had celebrated its first birthday, it had already turned into a multinational company.

Freshworks created its clientele roster in the first year at least, without any form of outside backing. It is hard to imagine something more impressive than that. Of course, the company’s movements were not going unnoticed. Some of the large investment firms in the United States, such as Accel, Sequoia Capital, and Tiger Global, through the grapevine, caught wind of the moves that Girish Mathrubootham and his company were making.

The company’s trajectory impressed the investors, and in 2018, Freshworks was able to raise more than $100 million in its Series G funding. This gave the company an overall evaluation of $1.5 billion. As of August of 2021, the company had raised a total of 325.5 million dollars with the help of its heavy-hitting investors.

8. Its CEO and founder, Girish Mathrubootham

Girish Mathrubootham had a bit of experience in the running and management of online-oriented companies, and maybe that was the reason Freshworks took off at such a rampant rate. He had spent, before forming Freshworks, ten years in Zoho, which is an Indian web-based tool company. Over that period, he had been able to work his way up in the organization, eventually becoming the vice president in charge of product management.

9. The inspiration for the company

He was encouraged to start Freshworks after having a not so unfamiliar bad customer experience, and he was sure that many more people and organizations had the same or an experience akin to his. He then sought out a means to fix the system, and he did so by developing and releasing an easy-to-use software that makes customer engagement a lot easier, effective, and efficient.

Freshworks was not always Freshworks. It is not uncommon for startups to change or alter their name after achieving some form of success. The reasons may vary, from a change of ownership or to increasing market appeal. Originally, Freshworks was called Freshdesk. This was the name when the company started out, but seven years later, after it became more than apparent that it was headed to the very top, an executive decision was made to change it to Freshworks, which, if we’re honest, is a better name, and it did work out for all the best.

There is only so much change a startup can take in. Changing your name is one thing, but moving your headquarters from one continent to another is a completely different thing altogether. Yet, Girish Mathrubootham and his team somehow managed to pull it off. The company decided to move its headquarters from India to the United States, more precisely the Silicon Valley. At the time, this seemed like a very risky move, especially because there was an exodus of companies from the Bay Area because of the introduction of stringent regulations and the ever-increasing price of real estate.

12. Viewing things from a different perspective

However, Girish took a very different perspective on this. he saw it as an opportunity to access the ubiquitous talent pool to Silicon Valley and be close to investors, potential investors, and clientele.The company still maintains a strong connection with India, and a vast majority of its workforce, about 80 percent of it, is still based in India.

After Series G round funding, which brought in 100 million in funding, Freshworks was able to post a valuation of 1.5 billion dollars. This made it the first company in India’s budding tech scene to have a billion-dollar valuation, thus making it India’s first tech unicorn.

14. Paving the way for other Indian Tech companies

In many ways, it has paved the way for many more companies to follow, and it now shares the spotlight with a myriad of other startups, such as Credit Suisse and over a hundred different companies. India is currently experiencing a technology boom, and in many ways, the pioneer of the said boom was Freshworks.

According to Freshworks, the founder and CEO of Freshworks is Girish Mathrubootham. The co-founder and chief technology officer are Shan Krishnasamy. He previously worked in Zoho Corporation and was a technical architect there. It is at Zoho that the two met. The company’s chief marketing officer is Stacey Epstein, previously the CEO of Zinc, a real-time communication app for field service workers, acquired in 2019 by ServiceMax. The Chief Financial Officer is Tyler Sloat, who is in charge of finance, accounting, and IT. He was previously the CFO of Zuora, and before that, he held a myriad of executive roles in the financial divisions of financial leaders, such as Siebel Systems and NetApp. He has also been a board member for companies such as Compass and Oanda. José Morales, who previously worked at Atlassian as head of global operations and on the board s of Escuela Bilingue International and Jumpcloud, is the company’s, Chief Revenue Officer. The Chief Product Officer is Prakash Ramamurthy. Prakash was previously the senior vice president in charge of product development at General Motors. He was also the Operating Partner of Trinity Ventures, a venture capital firm that focuses on technology companies’ early and developmental stages. Suman Gopalan is the Chief Human Resource Officer, and she and her team are in charge of overseeing talent development, employee relations, amongst other things. She held the same office in her previous role as the global and regional HR teams leader for Dell Technologies, The Nielsen Company, and Whirlpool. The company’s chief customer officer is Pradeep Rathinam, who was previously the CEO of Aditi Technologies.

16. The development of Freshworks

Freshworks started with only six employees, but it has grown to be a multinational company that employs thousands of individuals over a decade later. It now has more than 400 employees, 80 percent of whom are located in India, according to Biz Journals. The company’s clientele portfolio has also been accentuated over the years. Now, the company has more than 50,000 customers from every corner of the world, a total of 120 countries. Freshworks counts a couple of heavy hitters as its clientele, including organizations and companies such as Bridgestone, the tire manufacturer, Vice Media, and Klarna.

According to Forbes, Freshworks made its Initial Public Offering at Nasdaq in the second last week of September 2021. The said week had many highly anticipated IPOs, but Freshwork’s was the most anticipated. At the time, the company joined Nasdaq with a 10.13 billion-dollar valuation, and it had set its share price at 36 dollars, with a total of 28.5 million shares put up for sale.

18. Making it to the apogee

Because of its quick ascension to the top and the moves that it has made over a very short period, the company has been the recipient of a plethora of accolades. It was listed at number 10 in Forbes’ Cloud 100 2021 list, and number 432 in Forbes’s list of Best Startup Employers in 2020, according to Indeed. The latter was a slight drop from the previous year, but it is still up there.

20. Mathrubootham’s philanthropy and work outside

Mathrubootham has gone out of his way numerous times to help out startups and other companies that may be struggling. He has made over 60 angle investments to a plethora of companies to help them out. Additionally, he started an $85 million fund called the Together Fund. The raison d’etre of the said fund was to help out budding entrepreneurs, as he once was, in their endeavor to start their businesses and make it to the very top.