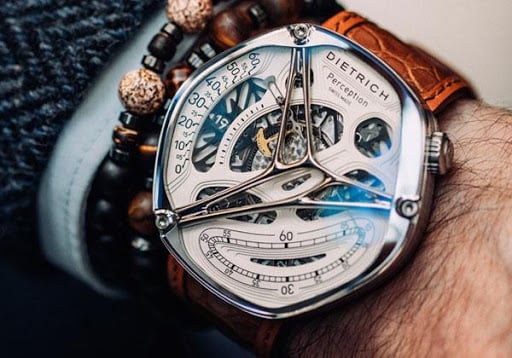 The Dietrich Perception Watch is perhaps one of the most unique timepieces we’ve seen in a long time. It’s also one of Emmanuel Dietrich’s most expensive designs. This exotic watch deserves attention for its uniqueness and innovative features. To give you a more complete description of this masterpiece, here are 10 things you didn’t know about the Dietrich Perception Watch.

Emmanual Dietrich has long had a fascination with biomorphic industrial design. It’s easier said than done to incorporate this into a timepiece. Through experimentation, he discovered a way to create a novel and odd-looking watch that incorporates the overall genre into a practical piece that gives a useful rendering of the time. He incorporated a standard dial that features some serious aberrations resulting in a semi-skeletonization of the watch face to reveal the inner workings of the mechanical parts beneath. One glance at the design helps you fully understand the term “biomorphic.”

2. The shape is hexagonal

The case of the Dietrich Perception is skillfully shaped into six sides with smooth slightly rounded edges. It’s made of polished steel in a silvertone finish. This is a large watch that measures 48.5 mm in diameter, but it’s comfortable to wear none-the-less. The thickness of the case is 14.5 mm creating a substantial timepiece that is worn with the watch resting on the wrist for the greatest comfort.

3. The dial is a bespoke module

Much of the dial is used for creatively displaying the time. The module movement plates are decorated for aesthetics with a semi-skeletonized design, enhanced with a three-point bridge in silvertone metal that rests over the protective crystal, firmly affixed with hex-screws. The crown rests further towards the back casement. Sections have been carved from the dial to reveal the time display modules which are far from standard.

4. This watch is only available through special order

It’s unlikely you’ll find an example of the Dietrich Perception available through a vendor that is ready to go condition. You may see examples displayed, but this is an exquisite model that is only accessible through special order. You must order one of the two current models of the Perception through the website. There is a waiting period of approximately seven months.

5. The Dietrich Perception looks at time in a different way

One of the most interesting aspects of the Dietrich Perception is the intention behind the timekeeping device. While most focus on time expressed mathematically, this watch deals with our relationship with each passing second and our emotional connection and perception of time. This is a complicated rendering that takes the perception into a new realm of timekeeping and display.

6. The Dietrich perception is available in two variants

There are two models currently available for the Deitrich Perception. The fist features a silver opaline dial and the second comes in a blue dial. It’s worth noting that the dial for each is applied in a micro-layering format. Each style offers a different play of light which is aesthetically pleasing in different ways.

This very special edition timepiece is powered with a modified automatic mechanical movement that has been altered to feature Dietrich’s own in-house complication. The movement is an ETA 2824 featuring a variety of functions that include a 24-hour indication of time at the 9 o’clock position and a seconds display placed at the 5 o’clock position. The movement also features a power reserve of 38 hours.

8. This is a recent release

The Dietrich Perception Watch is a fairly recent release. It was first available for order in September of 2017. The model has only been out for three years. Although it’s not one of the biggest sellers of the brand, it is by far, one of the most novel and unique. Who would take the most interest in the Dietrich Perception? Likely, a watch enthusiast who has a pocket full of cash and a penchant for the whimsy and intellectual musings found on the topic of time. This watch makes a bold statement and it’s not one that a typical lover of classic watch styling would opt to own. This is an ultra-rare line that is somewhat on the exclusive side, simply because of the length of time it takes for acquisition, and its off-beat if not weird aesthetics.

The very appearance of the Dietrich Perception is complicated, but the functions are useful for those who understand how to interpret them accurately. There is a learning curve, but this is a part of the fun and enjoyment of ownership. The functions include hours, minutes, 24-hour display, relative seconds, and wandering hours. How is that for being complicated? The Perception is a bit of a challenge for those who are more accustomed to standard timekeeping displays, but once you get the hang of it you’ll be able to share your knowledge with others, or if you prefer, you can keep it to yourself and remain the only person in your group capable of fully understanding the display windows.

10. The Dietrich Perception is expensive

It’s almost expected that one of the most novel and unique wristwatches in the world is going to be expensive. Each example produced is rare from the moment that it is completed. The recommended starting retail price upon order is $26,746 in USD. This is the total cost due upon completion of the order. You can find more information about how to place your order and the terms of deposit and payment for your edition of the Perception-based timepiece. Plan on being patient as your order will take over a half-year to fulfill, but it will be worth the wait. 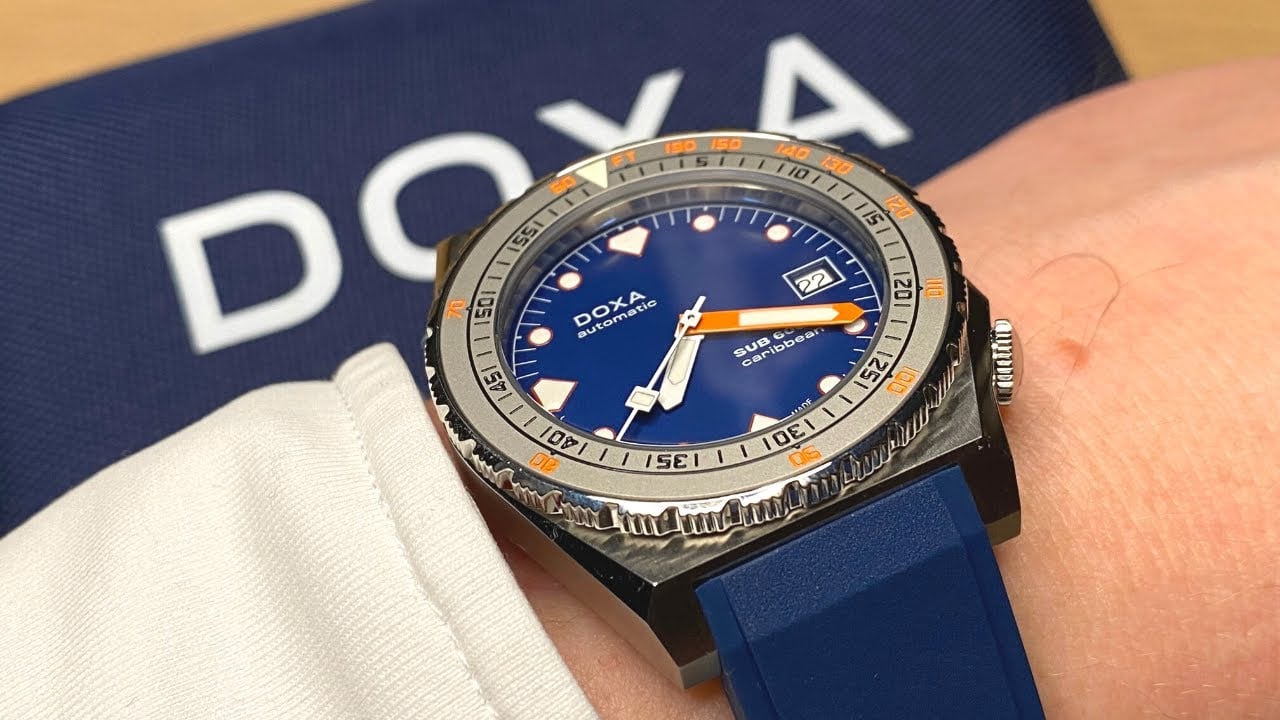 The iconic brand Doxa has been manufacturing timepieces for more than 130 years. The brand became a household watch manufacturing company in the 1960s with the launch of the Sub. This timepiece was designed in… 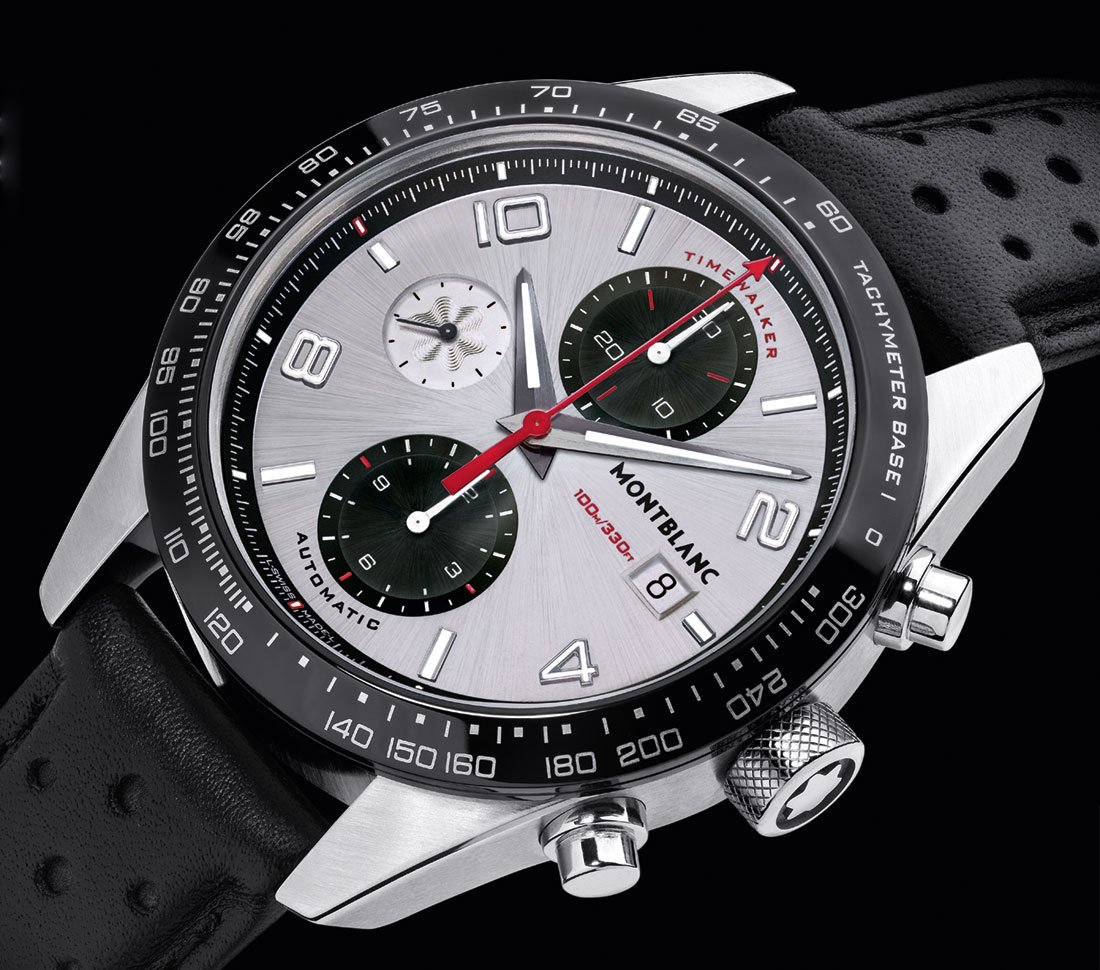 Montblanc recently made the announcement of their new 2019 models coming out soon and of particular interest are the two new editions of the brand’s TimeWalker chronograph. What really catches our attention is the fact… 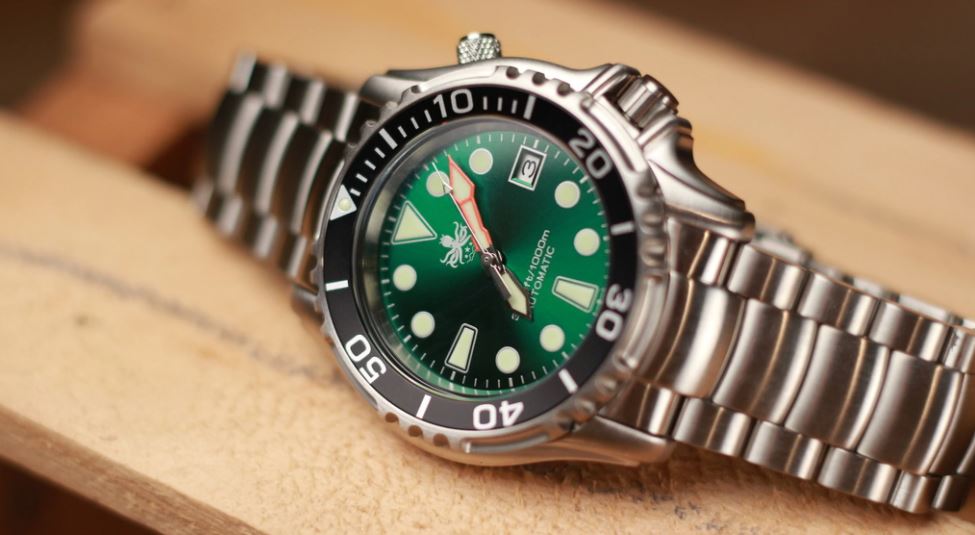 You might not have heard of Phoibos just yet, but don’t count on that lasting much longer. Since launching in 2018, the family-owned business has grown exponentially, fueled by its reputation for producing affordable watches…

Vacheron Constantin is well known for fine watch making. A characteristic of the company is the production of watches which may be simple in appearance, but the complications are quite amazing. Vacheron was established during… 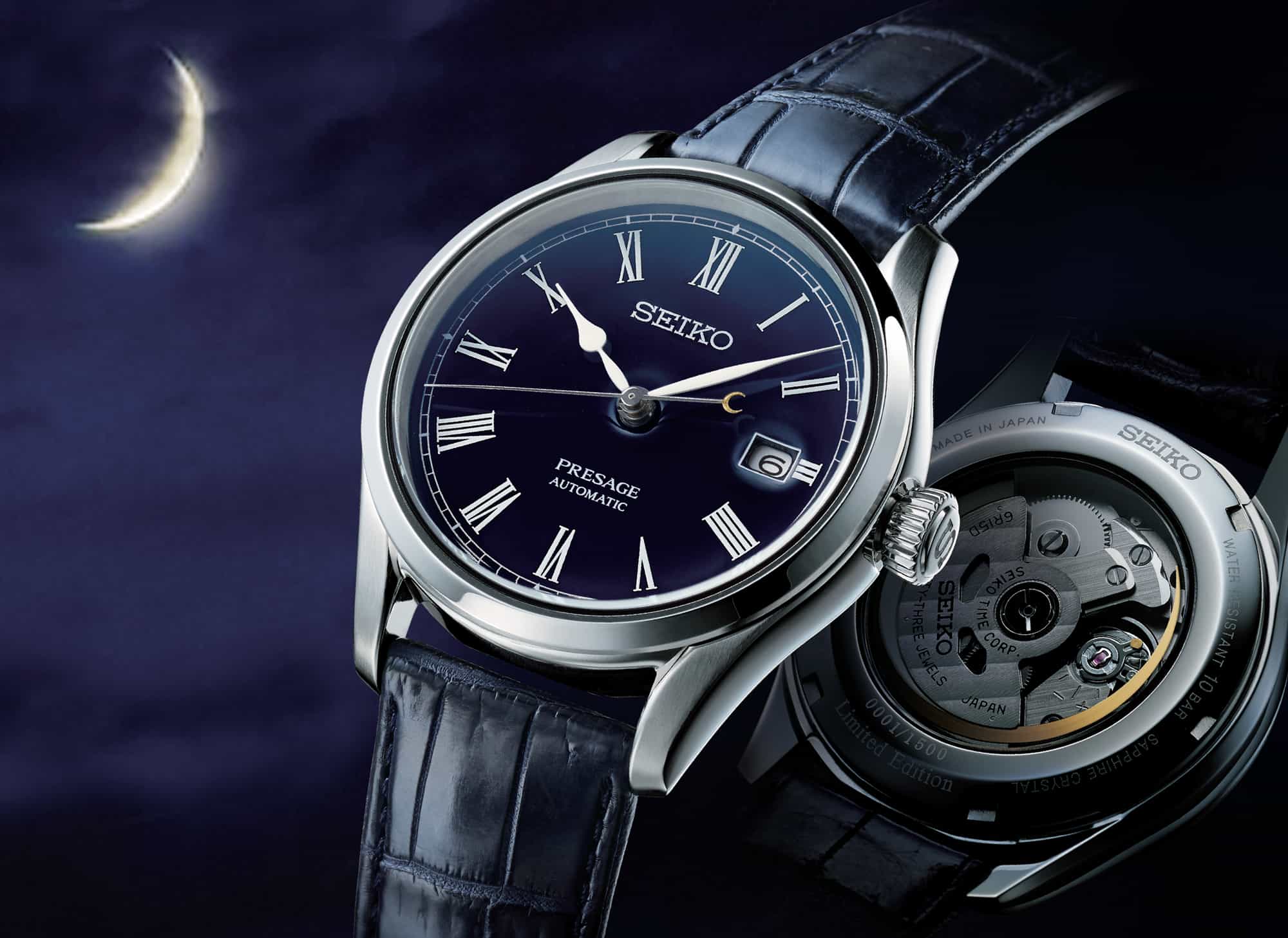 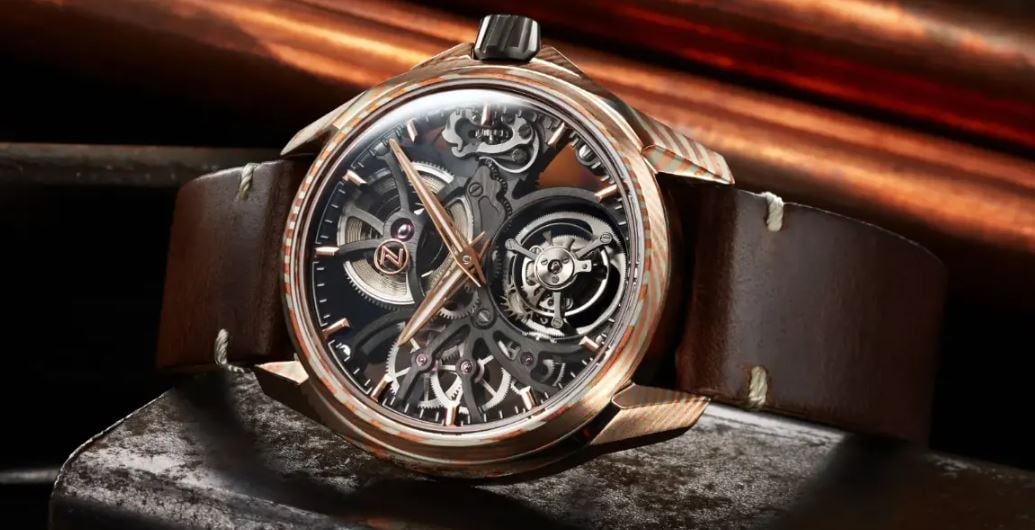 Zelos is a watch brand that is based in Singapore. The company has been in business since 2014, and as a newcomer to the watchmaking scene, it has made a serious impression on luxury watch…