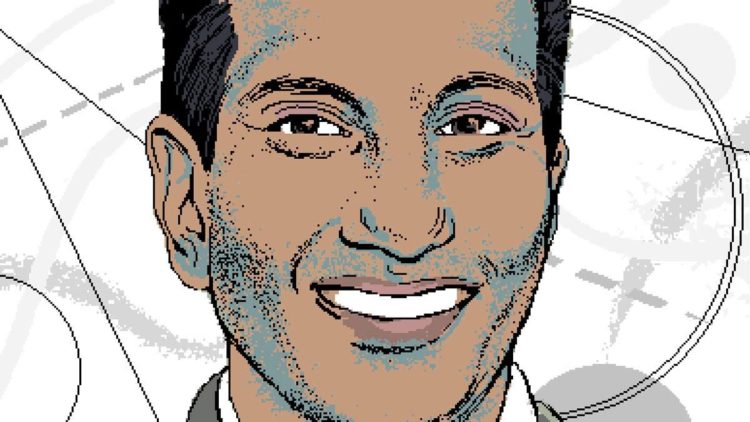 Divesh Kanthylal Makan is the co-founder and CEO of Iconiq Capital, a Silicon Valley firm specializing in venture capital rounds for the most relevant startups in the world. His firm is so high-end that it is n an exclusive members-only billionaire club with clients such as Mark Zuckerberg. He rose to the top through a wealth advisor strategy of mixing pleasure and business to create lasting bonds between him and his clients. Despite brushing shoulders with A-listers, Makan has remained very media-shy, but we have managed to dig up the following facts about him.

1. He Considered Himself a Marriage Broker

Although Makan is in the financial services industry, some of his clients view him as more than that. When he worked at Goldman Sachs, he took care of portfolios worth hundreds of millions of dollars. Consequently, parents looking for marriage partners for their children hoped that Makan would point them in the right direction. He confessed that he set up some of his friends with whom he thought would a great match.

2. The Wildest Thing He Has Ever Done for Clients

Makan revealed to Campden FB that clients trusted him to help them make the right financial decision. While some of the younger clients wanted help with filling in school applications and renting houses, others wanted Makan to ensure they had a great time. Therefore, while at Goldman Sachs, Makan’s wildest request from a client was arranging a bachelor party for twelve in Las Vegas.

3. He is Listed as an Insider in Several Companies

Makan has done quite well for himself, and it mostly is because he knows where to invest his money. According to Fintel, he owns 10% of Datadog, Blackline, Snowflake Inc, Pluralsight, and Alteryx Inc. In the last two years, Makan has made several trades that have made him a wealthy man, although the gains’ exact value is not reported. He has continued accumulating stocks, given that by 2016, the only shares he held were in Blackline and Fastly.

4. He Charges 1.5% of Assets under Management per Year

Financial advisors have different ways of charging their clients; some charge a flat fee while others charge a commission based on the account balance. The annual charge can range between $2,000 and $7,500 per year for those who prefer a flat fee. On the other hand, financial advisors who prefer a percentage go for 0.25% to 1% per year. Makan is on the higher end at 1.5% of assets under management annually. However, according to CNBC, he charges all of his clients half of this depending on their account sizes.

5. His Company Had to Fire an Employee Who Had a Sexual Battery Charge

In 2016, Iconiq hired Sauter, but unfortunately, in mid-February 2018, the company fired him after an investor raised concerns about Sauter’s past. The potential client said that he had discovered Sauter had been charged with sexual battery in 1991 and had pled guilty. Sauter was sentenced to five years of probation, but in 1996, the conviction was set aside. Although the incident happened decades ago, Iconiq still dismissed him after discussing the issue with him in January 2018. Sauter said that the employers had no right to ask about a charge that had been expunged. Also, California restricts employers from going beyond the last seven years when looking into an employee’s past as they conduct background checks.

6. He Likes Keeping a Low Profile Professionally and Personally

Makan keeps his cards close to his chest, which is an excellent trait for someone entrusted with billions. However, it goes beyond his personal life. Besides requiring that clients sign nondisclosure agreements, he ensures that Iconiq does not reveal any information. Those who dare to shed light on any of Iconiq’s deals request anonymity, fearing that if Makan ever found out they had disclosed anything, they would be cast out.

7. He Volunteered to be a Gofer

It is said that you are who you hang around with, and it seems that Makan learned this in his youth when he preferred surrounding himself with millionaires, regardless of the capacity he served. Since he had millionaire clients, he volunteered to run errands for them. He was not picky in his duties, going as far as picking engagement rings and doing everything else for his clients to build trust. Unfortunately, going the extra-mile caused him to be alienated from his colleagues.

8. Why He Left Goldman Sachs

Makan maintained that he left Goldman Sachs in 2008 due to a workplace disagreement. However, the investment banking firm insisted that they dismissed him due to a loss of trust. Although there are no details regarding precisely what the company meant, it is easy to see why they felt they could not trust him. Apart from Makan volunteering as a gofer and alienating himself from his colleagues, he went a step further to avoid handing out business cards; he did not want to be stuck with the label of “financial advisor” despite being his job description at the time.

Makan is a well-educated man having studied at IIT (Indian Institute of Technology) in Bombay. He also received his Bachelor of Science degree in electrical engineering from the University of Natal in South Africa. After that, he graduated with a Master’s degree in Business Administration from Wharton School.

10. His Off-the-books Approach Enabled Him to Start Iconiq

Sometimes you have to break from the crowd, create your path and watch it lead you to your destiny. Makan was not ready to follow in the footsteps of his Wall Street friends. Instead, he developed an off-the-book approach that involved developing trust and loyalty in his clients. His technique saw him leave Goldman Sachs and join Morgan Stanley, but they could not accommodate him. Eventually, Makan and two other colleagues who had followed him when he left Goldman Sachs established Iconiq after leaving Morgan Stanley.