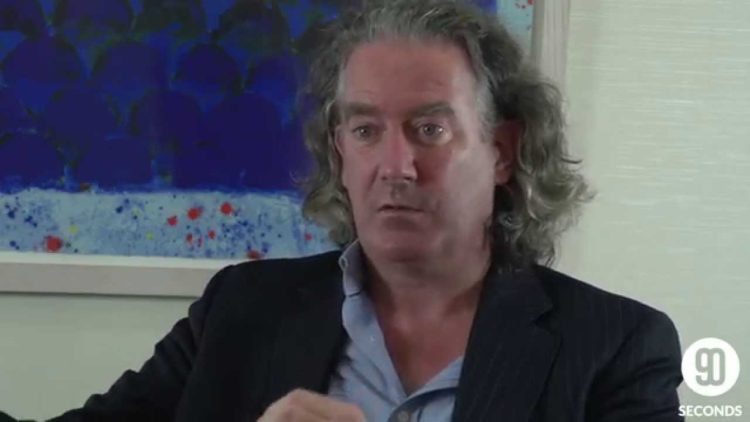 Nigel Verdon is a co-founder and Chief Executive at RailsBank and a volunteer. He likes Skiing, cycling, building electric guitars, and playing music. He has an entrepreneur background in that his great grandfather was one of the founding fathers of a bank which today is called ANZ bank. Nigel’s parents are from Dublin but Nigel was brought up in many nations of the world among them Germany, UK, United States, Hong Kong Malaysia, and S.E Asia making him develop a global mindset from childhood. Here are 10 things you didn’t know about Nigel Verdon.

Nigel had an interesting childhood. His father was a British military and so they used to go around the world. This gave him a lot of exposure and life skills. When he was in high school, during holidays he used to work at a garage fixing vehicles like van rovers and jeeps he also fixed tanks of vehicles.

Nigel attended High School in the UK where he did his final exams in 1985 though he did not perform well. He decided to retake his exams after being persuaded by his father. He did a degree in Mechanical Engineering (1987 to 1990) at the University of Warwick. He also obtained an MSc in Technology for Manufacturing in 1990 from the same University.

The interesting bit about Nigel Verdon’s career life is that though he is currently a banker he is an engineer by profession. Nigel became interested in engineering when he was in high school and specifically the physical aspect of this field. According to Alejandro Cremades, Nigel used to work during school holidays in a garage fixing jeeps to an extent that he even repaired tanks for two weeks which aroused his love for engineering. His interest in engeneering can also be attributed to the desire to understand how things work together from inception to the point where the actual product is realized.

Nigel leaving the Currency Cloud when the business was able to stand on its own, employ hundreds of people as well as raise money in millions was a surprise move to many. This was a great risk considering he did so to personal matters engaging a CEO to do the day-to-day operations while he himself was the Executive Chairman. The outcome despite the risk was awesome as for the four years the new management run the business and grew it to the level that Nigel would have personally desired. The business ended up becoming the platform and the foundation upon which the RailsBank was established.

Nigel is a highly sought speaker in conferences and seminars, especially those dealing with financial expertise and entrepreneurship. According to Crunch Base, he has been a speaker at Web Summit 2019, LendIt Fintech 2019, Money 20/20 Europe 2017, and ICT Spring Europe 2017 among others. This fame can be attributed to Nigel’s innovativeness as he is always looking for new ways to do business and which can be attributed to his background in Swiss Bank.

Nigel’s ability to utilize ideas from different fields has enabled him to develop products that are unique. He prides himself on developing products of the high-value proposition, solution-oriented and customer-centered. The first aspect of value proposition is achieved by identifying what customers want from their perspective and packaging it accordingly. The issue of solution-oriented products is achieved by bringing in best practices from different fields so as to build a culture of fixing issues promptly without overthinking.

Nigel has very strong family values which were possibly inoculated by his father who despite being moved to different places due to the nature of his work in the military did not leave him but went with him everywhere he was posted. This is observed in him when he had to sacrifice his business, Currency Cloud, to be in France so as to take care of and raise his kids. Nigel is currently located in Singapore.

Though Nigel is well known for success in his financial career and his background in engineering, he still has an interest in other things. When asked if he was to turn time back what he would do he talked about playing the guitar. This is probably an unknown part of him and possibly many people thought this was just a hobby but by his own words, Nigel said that he loved playing guitar and rugby so much such that they almost ruined his academics. He states that if given another chance he would follow his heart, which is to play the guitar.

When Nigel did his final exams it was a setback as he did not qualify for a University education. He did not sit back and lament his poor grades but went ahead to become a professional sailor. Working as a sailor, he did not take this work lightly but he enjoyed giving it his all. However, as mentioned, his father persuaded him to go and re-take exams which he did and was able to join the university. This was despite the fact that it took place a year later which did not deter him from achieving his dream of going to the university. This clearly shows that Nigel is a man who will turn failure into a stepping stone for success.

Nigel can also be said to be a workaholic as he had been able to open three businesses within a short time i.e. Evolution, Currency Cloud, and RailsBank. These are the kind of businesses that require a lot of input in terms of time, ideas, and energy, an indication of Nigel’s work ethic. According to Fin Tech Forum, Nigel admitted that he did not have a preferred café in London and expressed the need for him as a CEO to have rest and relaxation time a proof that much of his time was spent working.