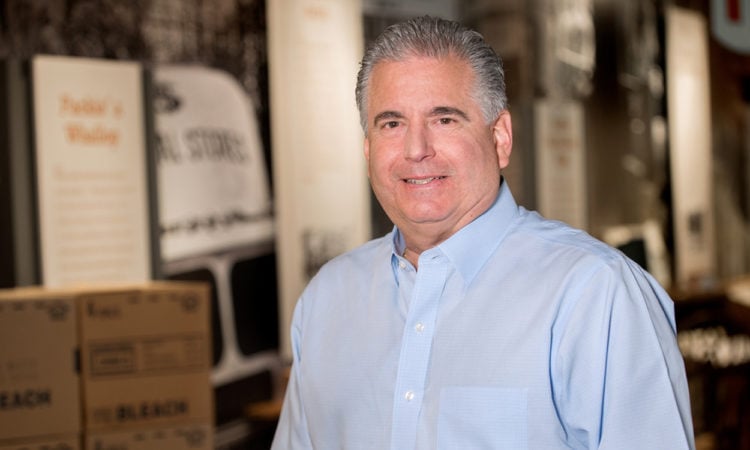 Todd J. Vasos is the CEO and the Director of the Dollar General Corporation. He assumed this high ranking position in June of 2015 and still remains at the helm of the company. Many just know him as the CEO without really knowing much about his background. He does an excellent job for the company and it’s only fitting to share more information about who he is and what he’s accomplished, so here are 10 things that you didn’t know about Todd Vasos.

1. He worked his way up in the company

Todd isn’t an outsider who was recruited to turn the company around. The board and executive staff have had a lot of time to get to know him and to become familiar with his work and his strengths. He actually came on board with the Dollar Tree General in December of 2008 as their Chief Merchandising Officer, Executive Vice President, and Divisional President. From November of 2013 through June of 2015, he served as the Chief Operating Officer prior to being chosen for his current assignments in the company.

2. He has an impressive 25 years in the retail industry

Before coming to work for the Dollar General Corporation, Todd Vasos worked in a variety of other companies in executive positions. He was the Vice President at Phar-More incorporated. He also served as COO and Executive VP for Longs Drug Stores Corporation. In addition, he was Principal at Eckerd Drug, Inc. He had a ton of experience under his belt by the time he started with his current home company in Tennessee.

3. He went to college in the Carolinas

Prior to starting his successful career in retail, Todd Vasos attended college at Western Carolina University. He earned his undergraduate degree from this institution. He studied in the marketing program. Todd remains active in supporting his alma mater.

Wilmington is the place that Todd Vasos refers to as his hometown. This is where he was born and raised. It’s where he returned to after graduating from Western Carolina with his newly acquired degree in marketing. He shared that it was his mother who advised him to apply for a program in management training at Eckerd.

When Vasos applied for the management program with the largest drugstore chain that was existent in the nation at the time, the chances of being chosen were slim, with a pool of applicants that topped 300. Nonetheless, he was one of six people selected. This is where he got his first taste of retail management and he really liked it. The rest, as they say, is history.

After becoming the leader of Dollar General, the company saw some impressive increases. This past year has seen some remarkable growth in the giant. He is responsible for the opening of 1,300 new retail locations since his tenure as CEO began in 2015. This is a remarkable margin of growth, considering there are so many retailers who are either closing locations down or going out of business. He is certainly doing something right even though the economy has seen better days.

7. He really cares about the customers

When Todd Vasos got to work on the strategic vision of the Dollar General, he took a good look at their target audience. These are people from age 35 to 65 and many of the store locations are in rural areas. He set up the vision to ensure that the stores would meet the true needs of the people that they were set on serving. This is perhaps why the company has been so successful in recent years. They value their customers.

8. He was taken by the culture of the company

Todd Vasos has made no bones about the fact that he learned the value of maintaining a sense of humility when he was at Western Carolina College. They fostered this in their students. He understood the value and evidenced it as one of his own. He was impressed that the firsts thing he noticed about Dollar General is that they’re all humble and this is a shared trait. As a team, they set out to figure out how to better serve customers that had previously been underserved and taking care of these customers became the mission of the company.

There is much more to Todd Vasos than his ability to lead a team of talented professionals on to greater heights of success. he is also a family man. He is the father of four daughters and a total of six grandchildren. He is soon to gain a stepson and he delights in talking about his beloved family. It’s the light in his eyes. He treasures trips back home to visit his family back in Wilmington and he makes the trip several times throughout the year. While he’s there, he gets to play a little golf, a sport that he dearly loves.

10. He makes millions of dollars a year