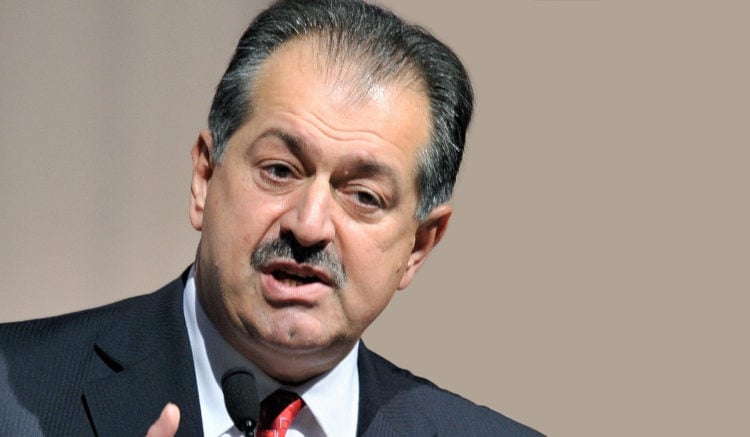 Andrew Liveris is the executive chairman of the Dow Chemical corporation and he’s one of the most interesting executives in the country. He’s left the position of CEO already and is preparing to step down from his position on its board on July 1. Before he goes, we thought it would be fitting to give readers an idea of who this amazing man is before he makes his exit from the company. It may not be the last we’ll see of him though. You’ll find out what we mean as you take a look at these 10 things you didn’t know about Andrew Liveris.

1. He made a multi-million dollar donation to the University of Queensland

Andrew Liveris is a native of Darwin and within less than a week of stepping down from his position as CEO of Dow Chemical/DowDuPont, revealed that he’s donating $13.5 million to the University. He is doing it for the purpose of gaining immortality as the funding will be used to establish an endowment for what will be called the Liveris Academy. The Academy will be located within the new Andrew N. Liveris building which will be constructed with a portion of the funding.

2. Andrew Liveris is a family man

As well as being a former high powered executive and very rich man, Andrew Liveris is a family man at heart. He and his wife made the decision whether or not to place the kids in boarding school when his career mandated moving to a different country. The couple decided that it was better to keep the family together and go through the changes as a family.

3. Liveris became buddies with the Clintons

Andrew Liveris became tight with the Clintons after his arrival to the United States. He made donations in the sum of millions which were Dow dollars to achieve influence with the once popular democrats. It was a power move for the company for positioning in the tumultuous political environment and Dow could use a few allies that would support their positions and keep expensive regulations at bay.

It’s hard to imagine being so close to the Clintons, then jumping to the opposite side of the political fence in the blink of an eye, but that’s what Andrew Liveris did. He invested $1 million in Dow funding for the inaugural parties for Trump, and he even took the stage beside the newly elected president in an open show that made it clear which side he was on.

5. He abhors racism and bigotry

Liveris had an interesting childhood that helped shape his personal beliefs. He shared that he had a mixed upbringing with friends of Aboriginal, Chinese and half-caste ancestry. He lives an inclusive life and has a hard time understanding how people allow skin color to influence their opinions, referring to it as “nonsense things.” He is of Greek descent and had to explain to his Anglo school mates what it was.

6. He took exception to Trump’s handling of the Charlottesville incident

Several CEOs walked away from the Trump administration’s American Manufacturing Council, headed by Liveris. They were protesting Trump’s response to the situation and thought it was too minimal for the gravity of the situation. Liveris didn’t resign, but he did make the comment that “there is no room for hatred, racism or bigotry at this company.”

7. He believes that a country’s strength is in its diversity

Liveris made it clear on multiple occasions that he believes that everyone in a nation has a role to play and that it’s up to the leaders to pave the way for equal treatment and inclusion for everyone without discrimination based on ethnicity, religion, sexual orientation or gender. He urges politicians to adhere to these principles and in his time at Dow, this was a principle he firmly embraced on a professional level.

8. He retired in grand style

When Liveris retired from executive life, it was only a week until he beat a hasty retreat to $5.5 million dollar home located in the harborside suburb of Rose Bay in Sydney, Australia. The native of Darwin had made the break and he was ready to use some of his available resources to move on to a new chapter in his life in style.

9. He climbed the ladder quickly at Dow

When Liveris first moved to the US, he left a lot behind in Australia, his home country, but he and his family counted the cost and moved boldly ahead. They didn’t feel that they had really given up anything though, because they continued to visit family and have them visit in the US. Liveris received constant promotion in the company. He became vice president, which placed him in the top 100 jobs and this moved to the top 50 and then the top 20. He had moved from one pinnacle of success to another up until his retirement.

We see what kind of guy that Andrew Liveris really is in his response to an award that he had received. His wife and two of their three kids were there. He shared that he had a very emotional moment in an interview. As he realized his role in helping his country progress and was being recognized for it, the significance of the moment hit home with him on a profound level.