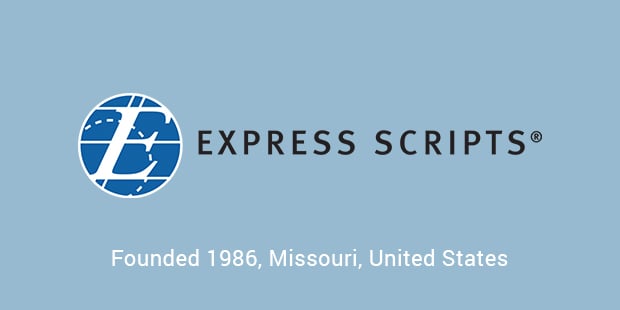 Express Scripts, for those of you who are not familiar with it, is a large company that is more formally known as Express Scripts Holding Company. It’s an American based Fortune 100 company that deals with the pharmaceutical industry. We’ve learned 20 interesting facts about Express Scripts that most people are not aware of, so we’d like to share them with you to enhance your knowledge of this very important player in the pharmacy and benefits management part of the industry.

Few people realize this, but as of 2018, Express Scripts Holding Company was named as the twenty-fifth largest company in the entire nation based upon its revenue and by its pharmacy benefit management organization. The revenues for 2016 for Express Scripts was an impressive $100.752 billion.

2. The Scripts part of their name deals with prescriptions

In case you were wondering what the name refers to, scripts is simply a shorter version of the word prescription. You could just as easily think of them as Express Prescriptions. The company was given this name because they deal with a lot of different services which are related to receiving prescription services. When customers have a prescription written, it’s a fairly simple process to have them filled and often they don’t stop to think about all of the complicated processes that go into getting them filled quickly, or how the companies process the “scripts.” So now you know the intention behind the name of the company.

One of the services that Express Scripts provides is the processing of network pharmacy claims. This takes a lot of work and they’ve got it down to a fast and efficient science. There is a lot of research and paperwork that has to go into the processing of every prescription that is filled. Think of all of the millions of people who have multiple prescriptions filled daily. Pharmacists and their staff are kept busy ensuring that all of the information for each of them is entered into a computer data system and stored. It’s the law and this is a process that requires accuracy to ensure that the necessary records are maintained for everyone’s safety.

There are a lot of people who haven’t even heard of Express Scripts yet, but if you are on regular prescription medications, you may be happy to know that they operate a network of automated pharmacies that dispense medications for home delivery. These are prescriptions filled for chronic and long-term medications including heart or diabetes medicines and they’re shipped directly to their members via home delivery.

This is a service that is large in scope. Express Scripts deals with benefits management for workers compensation insurance programs. They are a URAC accredited company in addition to being the largest in the industry for the management of benefits for pharmacies. If you’ve ever looked through the benefits plans that insurance companies offer in leaflet or booklet form, then you realize how much information is included in each specific plan and benefits programs tend to change yearly, if not more often. This is something that professional staff at Express Scripts have to keep up on and it takes a lot of work and effort.

6. Express Scripts has a subsidiary company

The name of the subsidiary company that delivers yet more services in the pharmacy and prescription fulfillment services areas is Accredo. They provide consultation for benefit design, formulary management, drug utilization review, analysis of medical and drug data and administration for public assistance programs and employee benefits. Among their largest clients is the United States Department of Defense Tricare program.

Express Scripts was founded as a joint venture that occurred between Medicare Glaser Incorporated and Sanus Corporation Health Systems. While you often read about an individual or two people starting a company, this one was forged as an agreement between two larger companies. Medicare Glaser Inc is a retail pharmacy chain that had 79 locations open and active. The company was formed in St. Louis, Missouri. One of its founders, Sanus goes back in its history to Bradford Systems and Administrative Services which was a Boston company that was involved in providing computer processing services for Medicaid and Medicare payments during the early 1980s.

8. You can find information on your prescriptions and the pricing when you’re a member

When you register as a member with Express Scripts, you have a lot of great benefits for learning more about the prescriptions that you have through them. One of the advantages is that when you log into your member area, you can find out all of the information that is available on each prescription that you have with them. You can also learn about the price of each medication and what if anything that your benefits coverage will pay for them and how much that you’ll need to pay out of pocket. This is really useful information to keep you informed.

9. Express Scripts keeps track of trends in the pharmacy industry

There are some interesting facts and statistics that Express Scripts keeps track of. These include how many patents are expiring for brand drugs, because this can affect the overall price of the medications in the near future, depending upon if a patent will be extended or if it will be eligible for manufacture by more companies potentially decreasing the costs. They also know when there is going to be an increase in specialty pharmacy spending if there is a higher use of coupons for defraying the cost of prescriptions and much more. They seem to be aware of the smallest details as they affect the industry and it’s a very reassuring fact to know.

10. They’re currently dealing with a litigation

Although Express Scripts is currently dealing with a legal case, it’s not affecting the way that they do business. There is a dispute that has been ongoing with Anthem which has weighed down the stocks in the past 2 years, but the executive team isn’t allowing it to affect the way business is conducted.

In 1996, Express Scripts made the jump into the international business. They began providing benefits management to Canadian companies through the new Express Scripts Canada. Although Canada is a near neighbor to the United States, this marked a new phase of development for the company that was thriving and growing at a rapid pace. During the same year of this expansion, they launched their annual Drug Trend Report and they also launched the Outcomes Symposium Conference. These were major undertakings which would provide useful information about the trends in drug prescriptions and use throughout the United States and Canada.

Express Scripts made the acquisition of the PBM business of Columbia, the Value Rx company in April of 1998. They also purchased the Diversified Pharmaceutical Services company fro the SmithKline Beecham Corporation in 1999 at a cost of $700 million. Express Scripts also formed a partnership that would allow members online purchasing of prescription medications as well as over the counter health care products after they purchase stock in PlanetRx.

14. The PlanetRx.com relationship didn’t work out

There was excitement when Express Scripts bought into PlanetRx with its purchase of shares in the company. They were a new startup who showed great promise with their online customer services for filling prescriptions and over the counter health care products. While the potential for great things was there, it didn’t translate into reality. Within three years of the relationship, things began to sour as Planet Rx experienced insurmountable financial difficulties. The venture cost Express Scripts a total of $165 million which had to be written off because of the shortcomings of Planet Rx. This just goes to show you how volatile the industry can be.

The company was going through a period of growth and expansion and in 2006, they attempted to purchase Caremark. They made a proposal, but they had been beaten out by CVS Corporation which purchased Caremark in 2007 and the new company formed out of this became CVS/Caremark Corporation. They were successful five years earlier in partnering with Merck-Medco and Advance PSC. The relationship formed RxHub LLC.

16. Express Scripts had a short relationship with ConnectYour Care

Express Scripts purchase ConnectYorCare in October of 2007. They would maintain this relationship throughout 2012 until the company decided to divest ConnectYourCare in August of that year. Because of the relationship they began the handling of HSA, HRA and FSA account for some major companies including Allegis, Zins Bancorporation, and Suntrust.

Express Scripts made a significant purchase in April of 2009. They reached an agreement to buy WellPoint’s NextRx subsidiaries. The transaction which had begun in April closed in December of the same year. The cost for the acquisition was $4.675 billion. A significant sum of money was spent but after the deal was closed, Express Scripts was named as the third largest PBM in the nation. They were becoming a giant in the processing of insurance claims and prescription filling with multiple smaller companies in their portfolio of subsidiaries. Express Scripts was the parent company over a variety of diverse operations within the pharmaceutical and service divisions that serve end users as well as corporations as clients.

When a company/corporation grows exponentially in size, there is a concern about crossing the lines established by the Federal Trade Commission for avoiding violations of anti-trust laws which were set in place to prevent monopolies in sectors of the economy. Express Scripts had reached this level in their development. When they proposed a deal to acquire Medco Health Solutions, an anti-trust investigation was required prior to proceeding with the venture. After the investigation was completed, the Federal Trade Commission formally granted approval for Express Scripts Holding Co. to acquire Medco Health Solutions for a cost of $29.1 billion. This purchase elevated Express Scripts Holding Co. to the status of the largest pharmacy benefit manager in the country. They’re credited with filling 1.4 billion prescriptions per years.

Cigna is a big name in the industry and they were going after Anthem. There were substantial concerns about a Cigna acquisition of this company. The courts blocked the acquisition. In 2018, Cigna announced a deal for $67 billion to acquire Express Scripts. After careful consideration, the Justice Department’s Federal officials gave their approval for the merger of Cigna and Express scripts bringing together one of the largest health insurance companies in the United States with a major pharmacy benefit manager. The approval was granted in September of 2018.

Anthem was the largest client in the massive portfolio of Express Scripts accounts. They decided not to renew the PBM contact as of 2019. It wasn’t good news for Express when they decided that they would instead go with the competitor, CVS Health. The pending legal issue we discussed earlier has to do with Anthem’s filings against Express Scripts alleged overcharging them by a sum of $3 billion. Anthem is planning to launch their own PBM service which will be called IngenioRx and it will provide services for Anthem as well as serve as competition for Express Scripts. 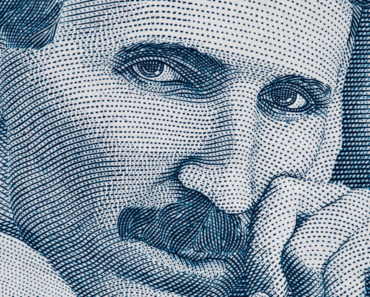 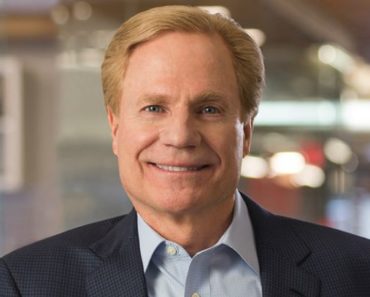 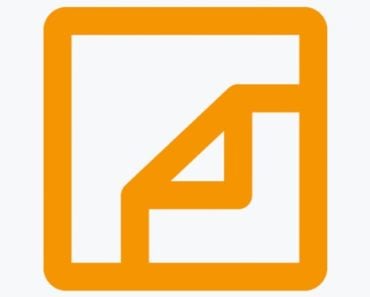 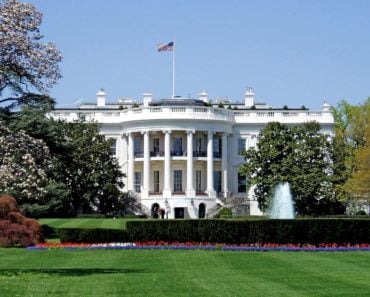 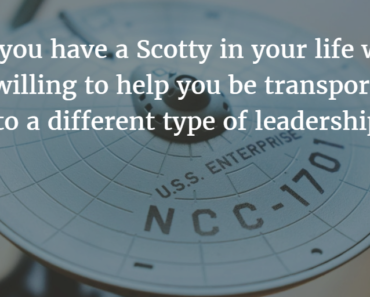 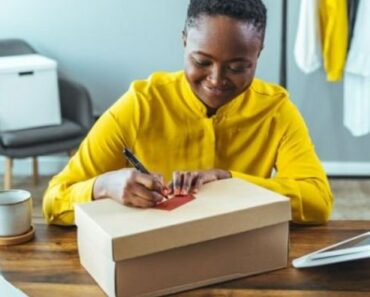