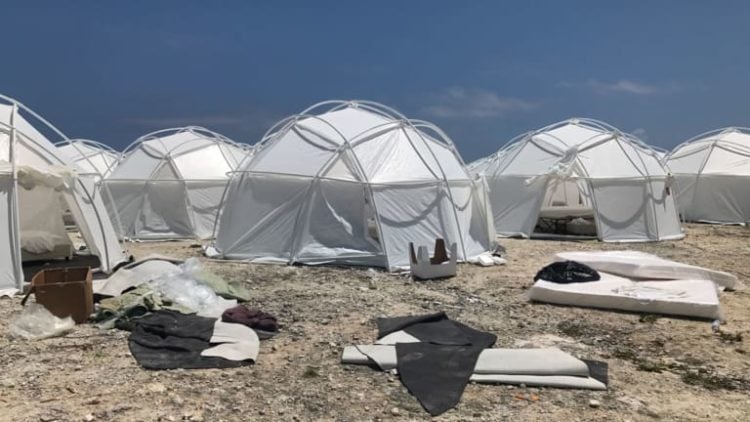 The Fyre Festival was supposed to promote Fyre Media’s Fyre app. Instead, it has seen Billy McFarland, the CEO of Fyre Media, sentenced to six years in prison as well as the forfeiture of $26 million for fraud. which is in addition to considerable embarrassment for Ja Rule and the social media influencers who promoted the event. As such, there are a lot of financial lessons that interested individuals can draw from the Fyre Festival should they wish to do so. Here are five financial lessons that can be learned from the failure of Fyre Festival:

When someone runs into a financial problem, the best response is to own up to it. Primarily, this is because recognizing the existence of a serious issue is the first step in coming up with an effective solution to it. Something that is particularly important when people have financial obligations to other parties that can be ruined by the burden posed by the financial problem. In the case of Fyre Festival, the continuous failure to own up to what was happening resulted in the responsible individuals digging themselves deeper and deeper.

Finances are a serious matter. As a result, it makes sense to put serious care and consideration into financial decision-making, which means conducting thorough research in order to get an accurate picture of the outcomes that interested individuals can expect from their potential options. Furthermore, whenever someone is set to get involved in some kind of serious financial transaction with other parties, they should make sure to look into them. For example, if someone is interested in getting a loan, it is common sense for said individual to look up each of the financial institutions that they are thinking about getting their loan from. Likewise, if someone is thinking about starting a business with a partner, it is common sense for them to look into their partner to see whether they are capable of living up to whatever it is that they have promised. Suffice to say that the people who paid tickets for the Fyre Festival should have looked deeper into what was going on, though to be perfectly fair, there were a lot of other stakeholders who should’ve done something similar.

3. Don’t Spend Beyond Your Means

People should draw up a budget to give themselves a good idea of what they are bringing in as well as what they are paying out over the course of an average month. This is information that can empower them to make better financial decisions, which includes staying within their limits instead of continuing to spend beyond it. The people behind the Fyre Festival blew huge sums of money on stupid, pointless expenses, with an excellent example being the $4 million from a fashion investor that was wasted on luxury offices in Manhattan of all things.

4. Listen to People with Relevant Experience

It is said that McFarland hired a veteran event producer named Yaron Lavi before proceeding to either ignore his advice or implement his advice in rather dubious ways. Generally speaking, when people are making financial decisions, they should listen to people who have relevant experience with the subject at hand. In part, this is because experience can help interested individuals avoid a wide range of potential pitfalls that might not seem so obvious on initial consideration. However, it should also be noted that getting useful experience from someone else is much more pleasant than getting it in a painful firsthand manner, which tends to be the most common outcome for people who rush into things without knowing anything about them.

5. Don’t Get Caught Up By Hype

Finally, people should never let themselves get carried away by hype because that can cause them to make foolish spending decisions. This can be seen in the case of the numerous people who bought Fyre Festival tickets because they were convinced that it was going to be the biggest event of the season, meaning that they were very much spurred on by the fear of missing out on what seemed like a good opportunity. Simply put, when people catch themselves about to make big financial decisions in an emotional state of mind, they might want to stop, take some time to calm down, and then go back to review the purchase in a cooler state of mind.